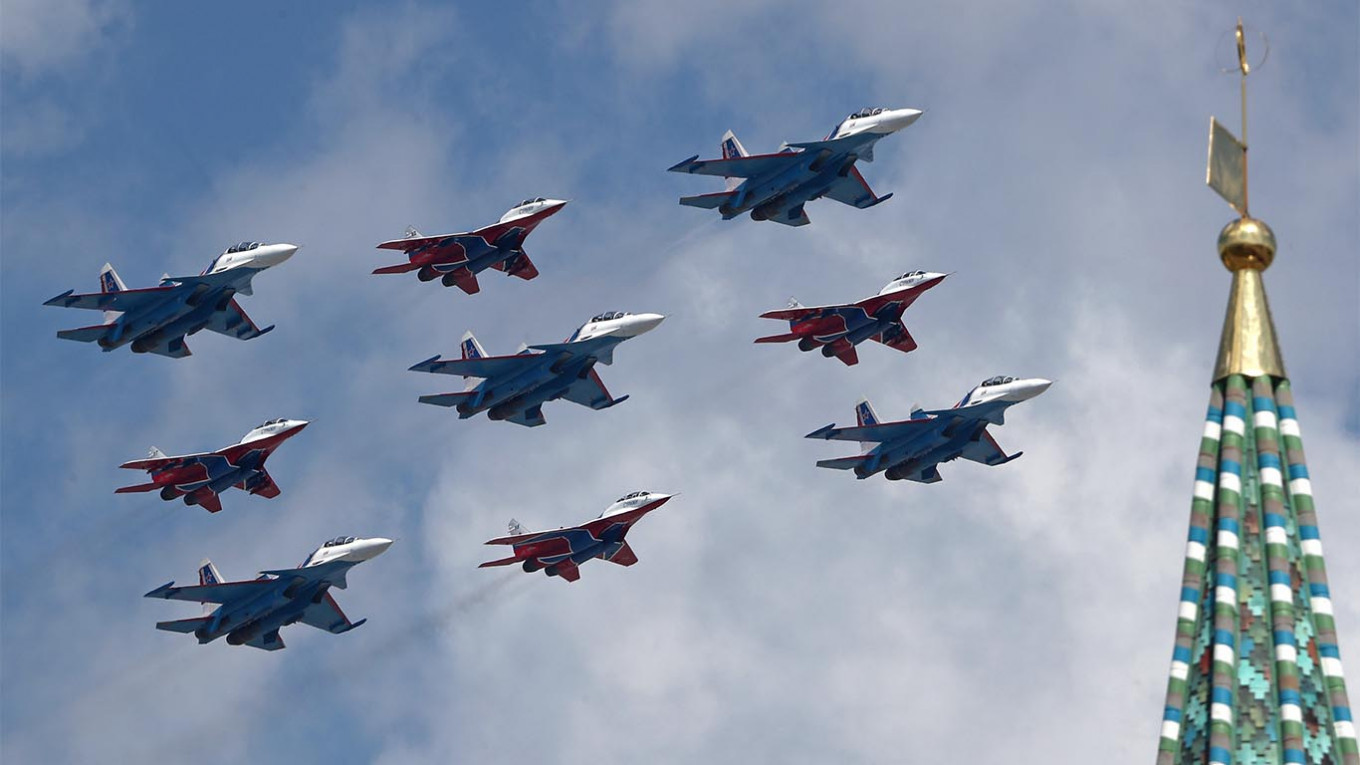 Russia and India could sign contracts for the sale of 33 fighter jets soon as New Delhi deals with heightened tensions with China and Pakistan, Interfax reported Thursday.

India’s defense ministry said it has approved procurement of 21 Mig-29 for nearly $1 billion and 12 Su-30MKI for $1.4 billion. It has also approved an upgrade to its existing fleet of 59 MiG-29s.

“The signing may take place in the near future, considering the the Indian side’s urgent need,” Interfax quoted an informed source as saying.

“Russia is waiting to receive official applications,” the source added.

The beefing up of New Delhi’s defense capabilities was taken due to “the need to strengthen the armed forces to protect our borders and Prime Minister Narendra Modi’s call for ‘Self-reliant India,'” the Indian defense ministry added in a statement.

The announcement followed Modi’s phone call with his Russian counterpart Vladimir Putin, where he “warmly congratulated” the president after a nationwide vote on constitutional reforms that could allow him to extend his rule until 2026.

India and China have blamed each other for a June 15 battle which resulted in at least 20 deaths. India also ordered Pakistan to cut its embassy staff by half last week, a month after New Delhi expelled two diplomats over spying claims.

The standoff has reportedly prompted Russia to move up deliveries of its S-400 air defense system to India to 2020 following the Indian defense minister’s visit to Moscow for last week’s Victory Day parade.

Russia had first offered the Su-30MKIs to India in 2015 after New Delhi was reported to have scrapped a $20 billion contract with France for Rafale warplanes.

The MiG-29 was first fielded in the 1970s to counter U.S. fighter jets such as the F-15 and F-16, and has been continuously upgraded by Russia’s MiG aircraft company over the years.

The Su-30MKI, the backbone of India’s fighter jet fleet, is a heavily upgraded version of the 1990s-era Su-30 and is produced locally by India’s state-owned Hindustan Aeronautics Limited (HAL) in partnership with Russia.

India is the largest buyer of Russian military hardware despite the threat of U.S. sanctions, with contracts totaling $14.5 billion in 2018-19.