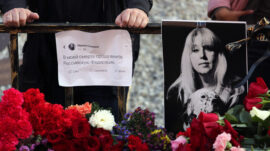 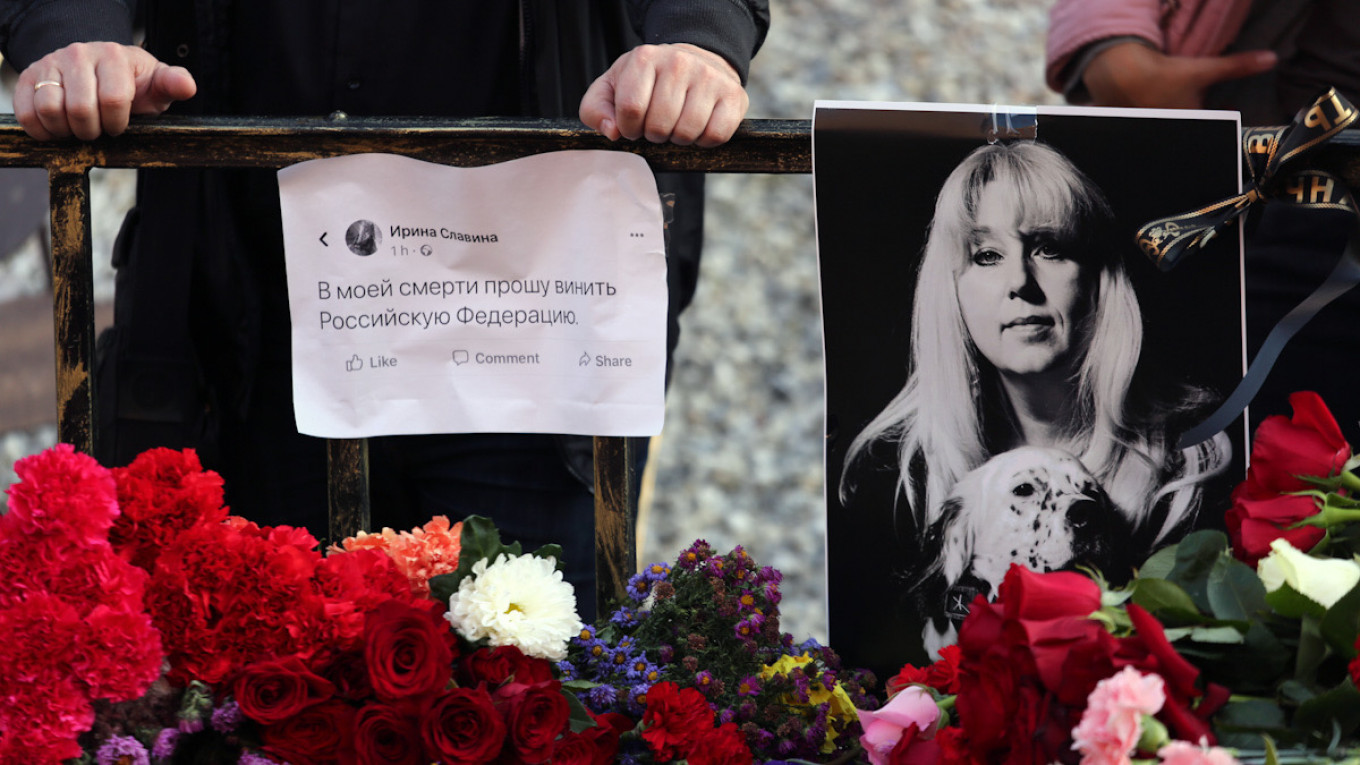 Russian investigators do not believe that independent journalist Irina Slavina was driven to suicide by external factors that could carry criminal punishment, the Kommersant business daily reported Monday.

Slavina, the editor-in-chief of the independent KozaPress news outlet, set herself on fire outside the Nizhny Novgorod police headquarters on Oct. 2 the day after security forces raided her home in search of evidence of her ties to the opposition. The Russian Journalists’ and Media Workers’ Union (JMWU) urged the authorities to open a criminal case into driving an individual to suicide, saying the raids proved that Slavina was a victim of persecution.

Regional investigators said the security forces had “acted properly” during the raid on Slavina’s home, Kommersant cited the lawyer of her family, Alexander Karavayev, as saying.

The investigators declined to open a criminal case because “no objective data was found” to suggest otherwise, the outlet said. They also reportedly suggested that Slavina suffered from a mixed personality disorder, citing among other things her “lack of close friends, mood swings, selfishness, and ironic” social media posts.

The decision not to open a criminal case into driving Slavina to suicide was reportedly made as early as Nov. 2 but investigators did not share the news with her family until last Friday.

Karavayev said the Nizhny Novgorod region branch of Russia’s Investigative Committee is continuing its inquiry into Slavina’s death. He pointed out, however, that it is the same body that carried out the Oct. 1 raids at Slavina’s home.

“The same investigator is also ascertaining whether he or his subordinates violated any legal norms in relation to Slavina,” Karavayev said.

“That’s why the family insists on sending the materials to the Investigative Committee’s central office,” the lawyer was quoted as saying.

An hour before her self-immolation, Slavina wrote on her Facebook page to “blame the Russian Federation” for her death.