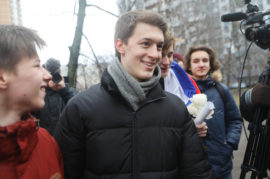 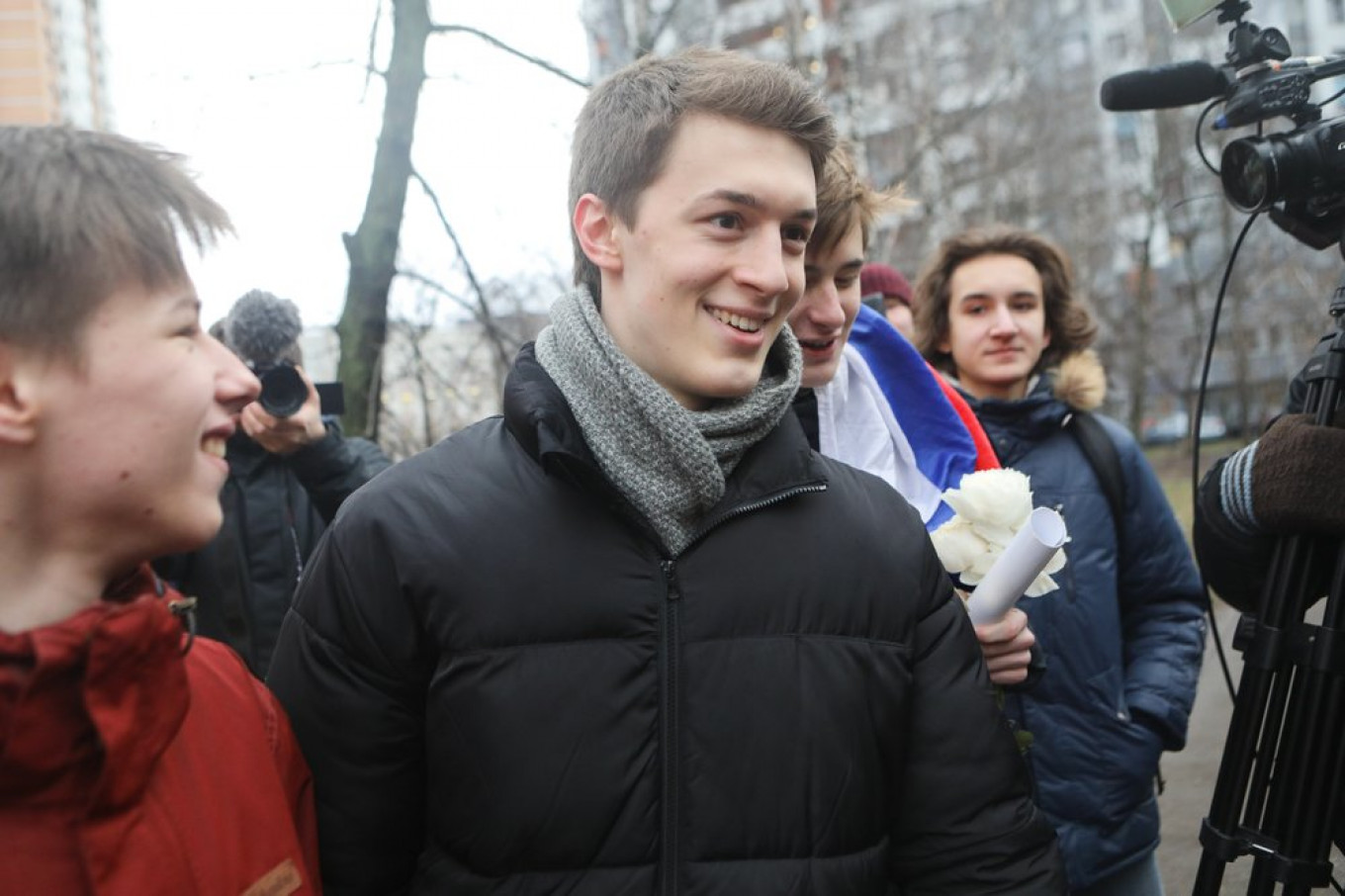 A Moscow court gave student and political blogger Yegor Zhukov a three-year suspended sentence Friday, allowing him to avoid imprisonment after one of the most high-profile trials stemming from this summer’s wave of anti-government rallies.

Zhukov, 21, was one of about a dozen people placed in pre-trial detention as part of a criminal case opened over the July 27 protest in Moscow. Zhukov’s classmates at Moscow’s Higher School of Economics say he was targeted for openly discussing his political opinions on his YouTube channel, which has more than 100,000 subscribers.

Authorities dropped the political science student and YouTube blogger’s mass unrest charges after fellow students and activists campaigned on his behalf. They instead charged him with calling for extremism online.

Moscow’s Kuntsevo District Court found Zhukov guilty for calls for extremism on the internet and handed him a three-year suspended sentence. The court also banned Zhukov from using the internet for two years.

Prosecutors had asked the court to hand Zhukov a four-year prison sentence. Charges of online extremism carry a maximum sentence of five years in prison.

“Don’t separate this from politics. It’s all about politics,” Zhukov told reporters after leaving the court. “They have turned courtrooms into institutes of repression. We need to fight this.”

Popular Russian actors and rappers, as well as HSE’s vice rector and ex-candidate for the Moscow city council were in attendance at Zhukov’s trial.

Three other defendants in the “Moscow case” were sentenced Friday:

Later in the day, the Tverskoy District Court found another protester, Pavel Novikov, guilty of violence against police and fined him 120,000 rubles ($1,800). It did not sentence Novikov to any time in prison. Prosecutors had requested the court to sentence Novikov to three years in prison.

Nikita Chirtsov was also found guilty on charges of violence against police. The Tverskoy District Court handed him a one-year sentence in a prison colony. Prosecutors requested the court to sentence Chirtsov to 3.5 years in prison.

Vladimir Yemelyanov was found guilty of using violence against police for pulling an anti-riot officer’s uniform. The Meshchansky District Court sentenced Yemelyanov to a two-year suspended sentence. Prosecutors requested the court to sentence Yemelyanov to four years in prison.

More than 1,000 people were detained in Moscow on July 27 in one of the biggest crackdowns of recent years against an increasingly defiant opposition decrying President Vladimir Putin’s grip on power.