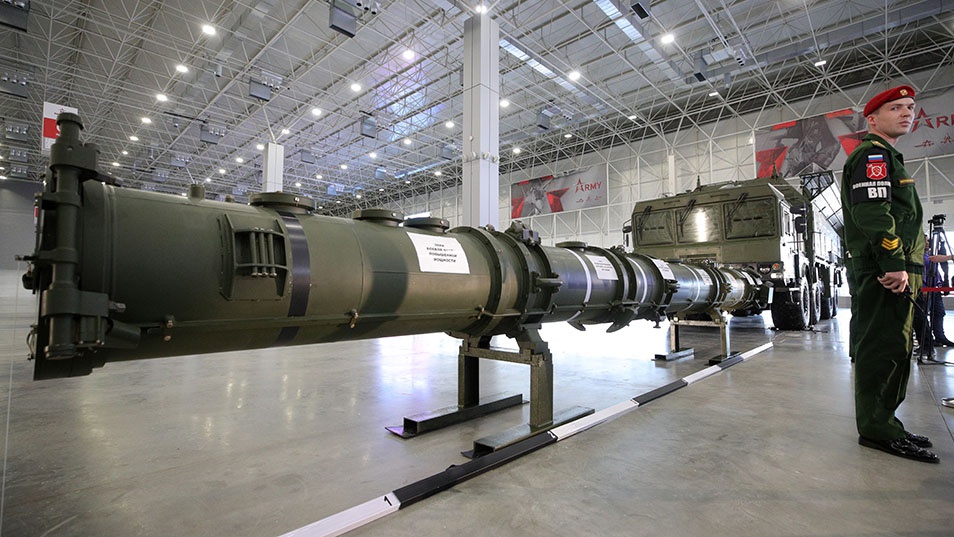 Russia showed foreign military attaches and journalists a cruise missile system on Wednesday that the United States says breaches a Cold War-era arms control pact, its latest attempt to disprove an allegation it denies and stop Washington quitting the treaty.

Washington has threatened to pull out of the 1987 Intermediate-Range Nuclear Forces Treaty (INF), alleging that the new Russian missile, the Novator 9M729 (called SSC-8 by NATO), violates the pact, which bans either side from stationing short and intermediate-range, land-based missiles in Europe.

Russia says the missile’s range puts it outside the treaty altogether and is not as long as Washington alleges, meaning that it is fully compliant with the INF. It has accused the United States of inventing a false pretext to exit a treaty it wants to leave anyway so as to develop new missiles.

Deputy Foreign Minister Sergei Ryabkov told a news briefing on Wednesday that Washington had made it clear through diplomatic channels that its decision to exit the pact was final and that it was not open to dialogue.

Russia displayed the missile system after the briefing anyway and broadcast the event on state television.

A top military official told the briefing the cruise missile was a modernized version of Russia’s 9M728 missile.

The newer version had a maximum range of 480 kilometers — 10 kilometers less than the 9M728 — which meant it was fully compliant with the INF treaty, Lieutenant-General Mikhail Matveyevsky, head of Russia’s Missile Troops and Artillery, said.

The impasse sets the stage for Washington to begin pulling out of the pact on Feb. 2, a move likely to raise questions about the future of other arms control agreements between the two countries.