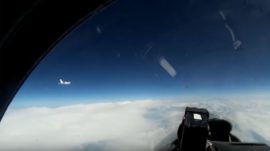 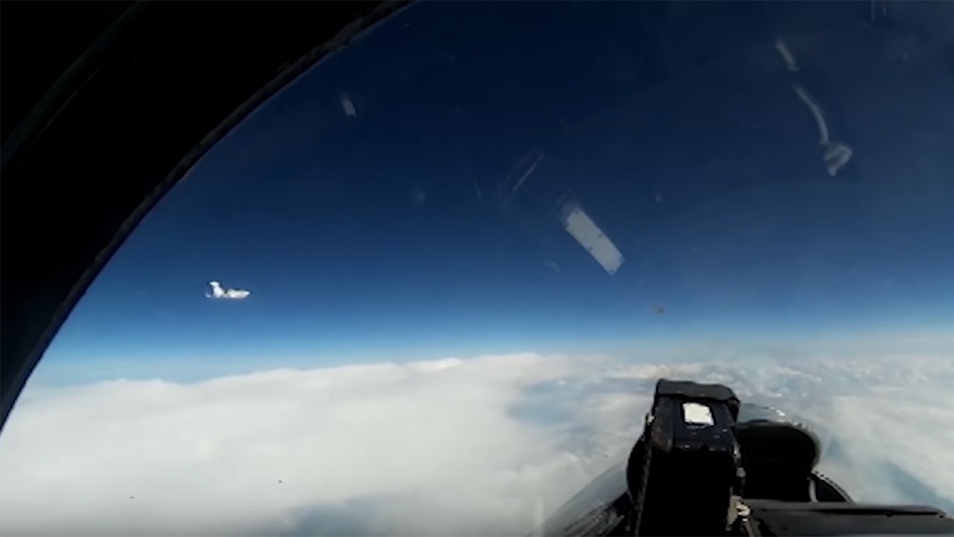 Russia’s Defense Ministry has published video footage of its fighter jets intercepting a Swedish reconnaissance plane over the Baltic Sea.

Russia and NATO countries have increasingly scrambled their jets to intercept each other’s aircraft in recent years. Military think-tanks have warned of growing Russian-NATO airspace interactions as tensions at their borders are on the rise.

“The Su-27 crew approached the airborne target at a safe distance, identified it as a Swedish Air Force Gulfstream, which was flying without a transponder turned on,” the ministry said.

It said the fighter jet returned to its home airfield after escorting the aircraft from the Russian border.

Meanwhile, the Swedish Defense Forces accused Russia in a statement on its website of violating its airspace on Jan. 19. It is unclear if the two incidents were related.