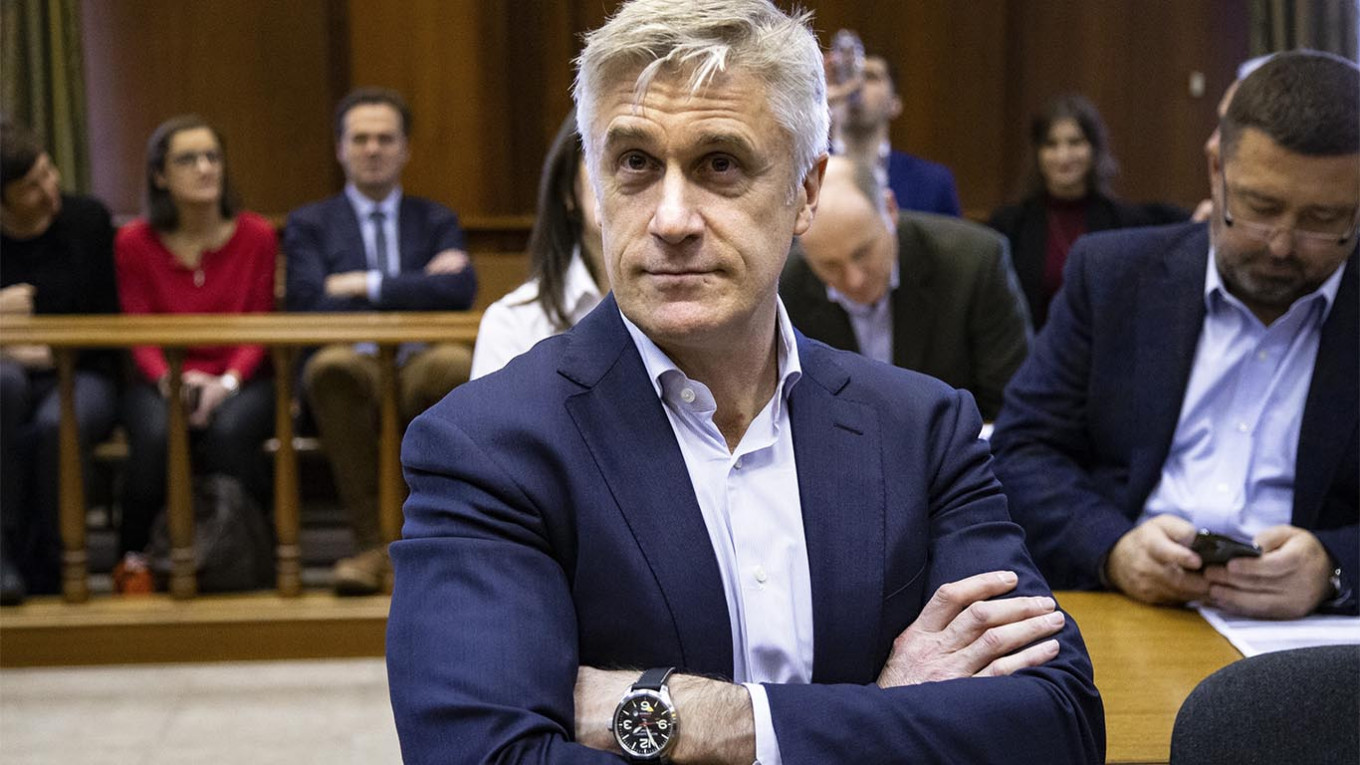 A court in Moscow on Tuesday upheld U.S. investor Michael Calvey’s house arrest on fraud charges despite the revelation that he has a malignant tumor.

Calvey faces embezzlement charges that he says are being used to pressure him in a business dispute. A Moscow court had ruled last month to extend the house arrest of Calvey, his French business partner Philippe Delpal and three others until Aug. 13.

Calvey’s lawyer told an appeals judge that his client is suffering from a malignant tumor and that keeping him under house arrest violates his rights, the RBC news website reported ahead of Tuesday’s decision.

Moscow’s first court of appeals rejected the request to release Calvey and the other defendants from house arrest early.

Calvey himself said prior to the ruling that he has soft tissue sarcoma following a hip arthroscopy on March 20.

“Doctors who observe me are concerned about the low level of vitamin D in my blood and recommend daily walks in addition to medications,” RBC quoted Calvey as saying.

Calvey and other executives at the private equity group Bring Vostok were detained in February 2019 after investigators accused them of embezzling 2.5 billion rubles ($36.4 million).

The case, which the defendants say is an attempt to pressure them in a business dispute over control of mid-sized bank Vostochny, has rattled Russia’s business and foreign investment communities.

Calvey has been under house arrest since April 2019.