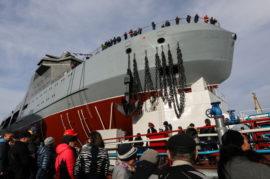 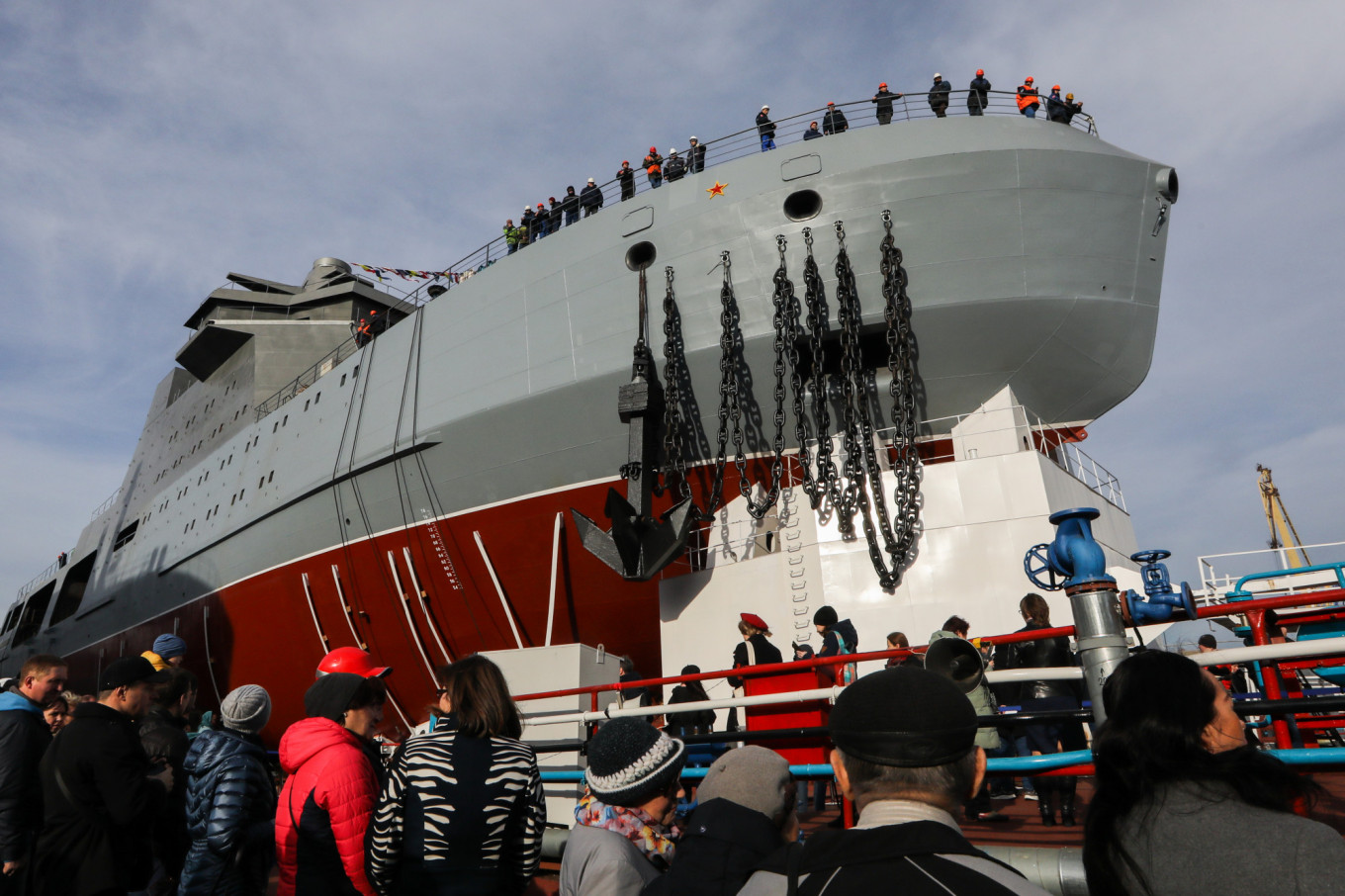 Russia has unveiled a new combat icebreaker vessel in St. Petersburg on Friday which it says will help defend its national interests in the Arctic, the state-run TASS news agency reported.

The launch of the Ivan Papanin comes amid Russia’s rapid military and economic development in its strategic Arctic region. Earlier this month, over 12,000 troops took part in nuclear war drills across Russia’s Arctic. Russia has also said it obtained new data that supports its territorial claims in the Arctic.

According to Viktor Cherkov, an admiral at the state-owned United Shipbuilding Corporation responsible for the ship’s construction, the Ivan Papanin is “unique” for its versatility and will able to perform the tasks of a tugboat and patrol ship in addition to its role as an icebreaker.

“We wanted to create a ship that can give security to our fleet in the Arctic. At the same time it will be able to assist in scientific research. Overall the fleet will defend our national interests in the Arctic.”

The ship will be supplied with a portable anti-aircraft missile system and artillery installation and will act as a permanent base for a military helicopter.