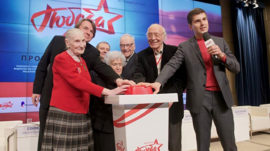 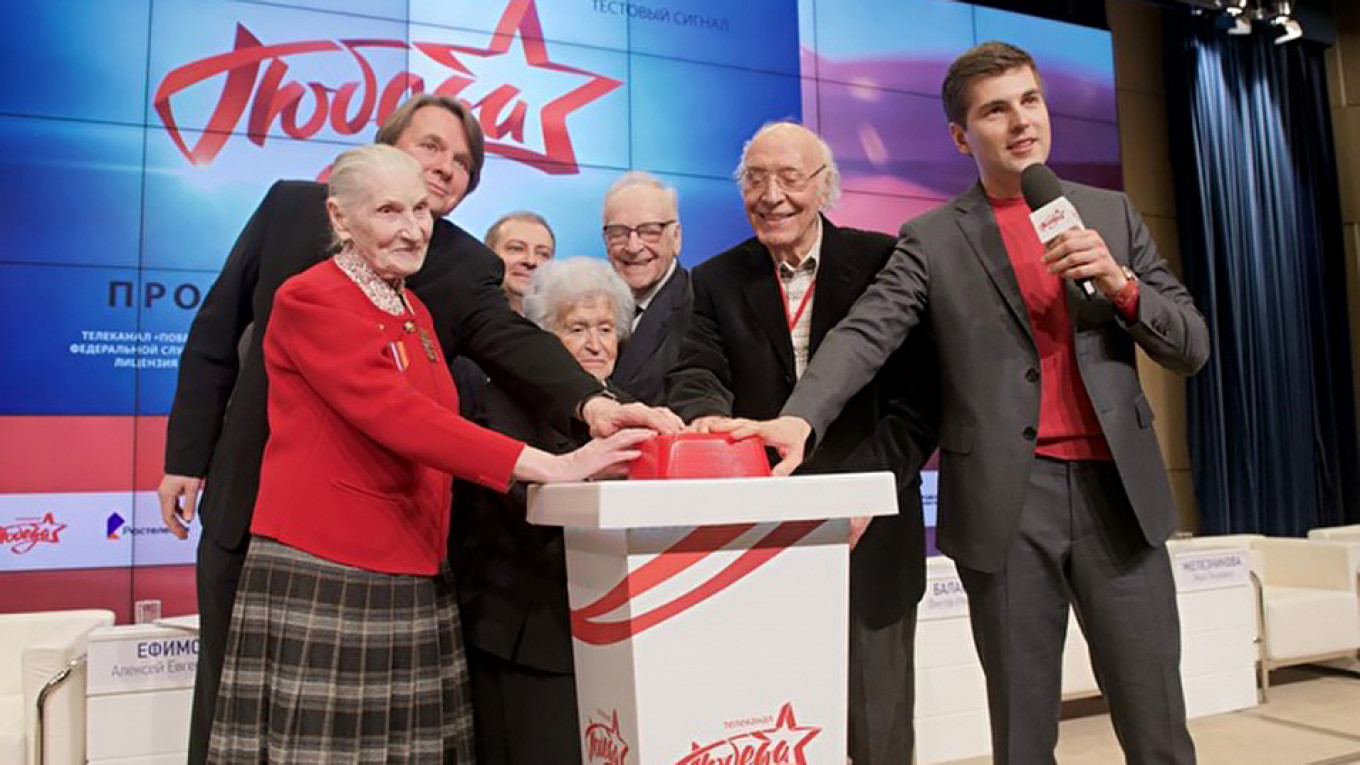 The Pobeda (“Victory”) television channel, which will broadcast wartime movies and shows 24/7, appeared in cable and satellite packages ahead of May 9, Russia’s national holiday marking the Soviet victory over Nazi Germany.

“It’s a tribute to our older generation and a baton that we want to pass on to our descendants,” Konstantin Ernst, head of the state-run Channel One, said Tuesday.

Ernst and other participants marked the symbolic launch by pushing a “huge red button,” a reporter for the U.S.-funded Radio Free Europe/Radio Liberty news outlet tweeted from the event.

The Kremlin is planning several events for May 9, 2020, to mark 75 years since the end of what Russians call the Great Patriotic War.

Kremlin Comments on Poroshenko vs. Putin Campaign Posters in UkraineRussian Investigators Call for Detained U.S. Investor Calvey to Be Moved to House Arrest