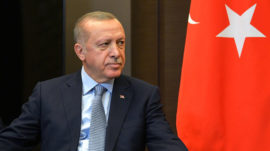 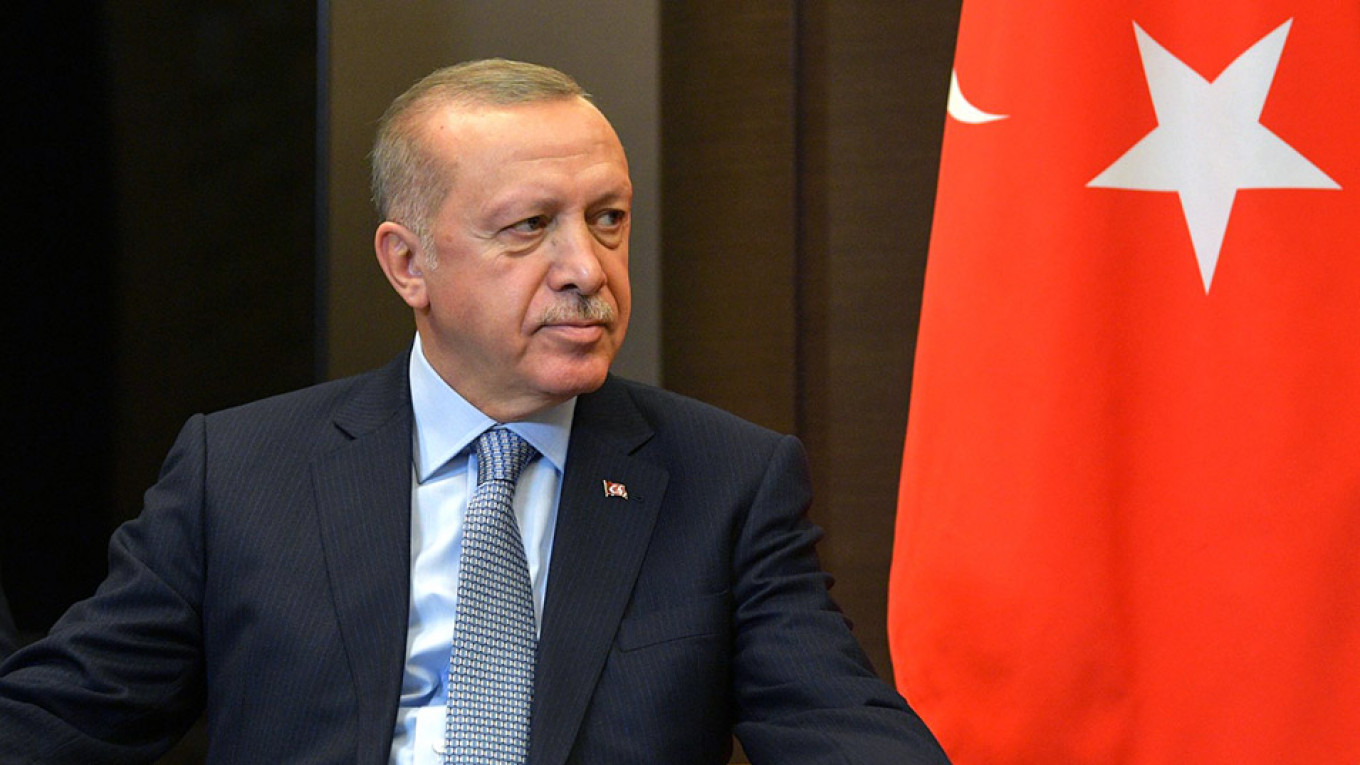 “Russia is currently managing the war there at the highest level,” NTV quoted Erdogan as saying on board a presidential plane.

Erdogan reportedly displayed a photograph showing the head of Wagner, whom he did not name, meeting Russian Defense Minister Sergei Shoigu and Chief of the General Staff of the Armed Forces Valery Gerasimov.

“They’re now directing Wagner there,” NTV quoted Erdogan as saying. “They still get up and say that [they] don’t have a relationship with it.”

While it is unclear which photograph Erdogan was said to have displayed, Shoigu and Gerasimov have been filmed meeting Haftar in 2018 with the reported head of Wagner, the sanctioned businessman Yevgeny Prigozhin.

Erdogan also accused unspecified Western countries of supporting Haftar, whose campaign to take over the Libyan capital of Tripoli is approaching the one-year mark.

The Kremlin on Monday again denied sending troops to Libya.

BBC Russia reported last week on the burial of a Russian national who it alleged may have been a uniformed soldier fighting in Libya.