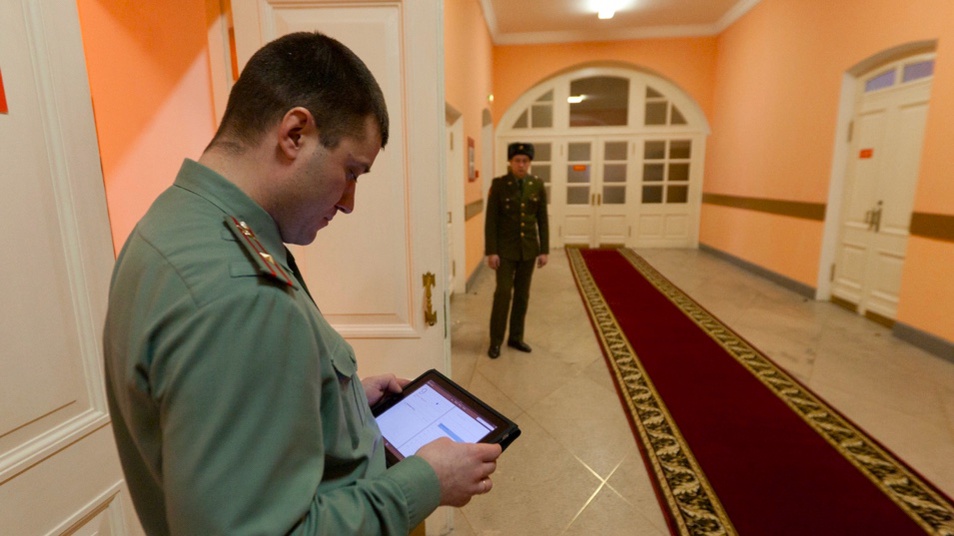 Russia is moving to ban its soldiers from sharing information on the internet, a step that follows the use of social media posts by investigative journalists to shine a light on Moscow’s clandestine role in foreign conflicts.

Draft legislation proposes banning servicemen and reserve troops from posting anything online that would allow outsiders to glean their whereabouts or role in the military.

The bill, which was approved by lawmakers in its second of three readings in parliament on Tuesday, says the ban would cover photographs, video, geolocation data or other information.

It would also prohibit soldiers sharing information about other servicemen or the relatives of servicemen, while those who break the ban would be subject to disciplinary measures.

“Information shared by soldiers on the internet or mass media is used…in certain cases to form a biased assessment of Russia’s state policy,” the bill’s explanatory note said.

Investigative site Bellingcat used social network posts extensively in reports concluding that Russian soldiers were involved in the downing of passenger flight MH17 over Ukraine in 2014.

A Dutch criminal investigation concluded last year that the plane was shot down with a surface-to-air missile belonging to the 53rd brigade of the Russian army. Moscow denies involvement.

“Social networks were used in many other investigations about the war in Ukraine and the war in Syria, for instance when fellow servicemen or relatives spoke about deceased soldiers,” said Roman Dobrokhotov, chief editor of investigative site The Insider.

Reuters has used social network posts to identify Russians fighting in eastern Ukraine at a time when Moscow denied its soldiers were fighting there.

If passed, the legislation will formally institute defence ministry recommendations that pro-Kremlin newspaper Izvestia says were issued to soldiers in 2017.

The lower house still has to vote on the bill once more before it is sent to the upper house for a vote and is then signed into law by President Vladimir Putin.