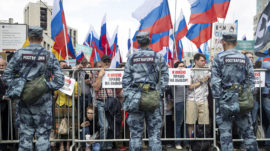 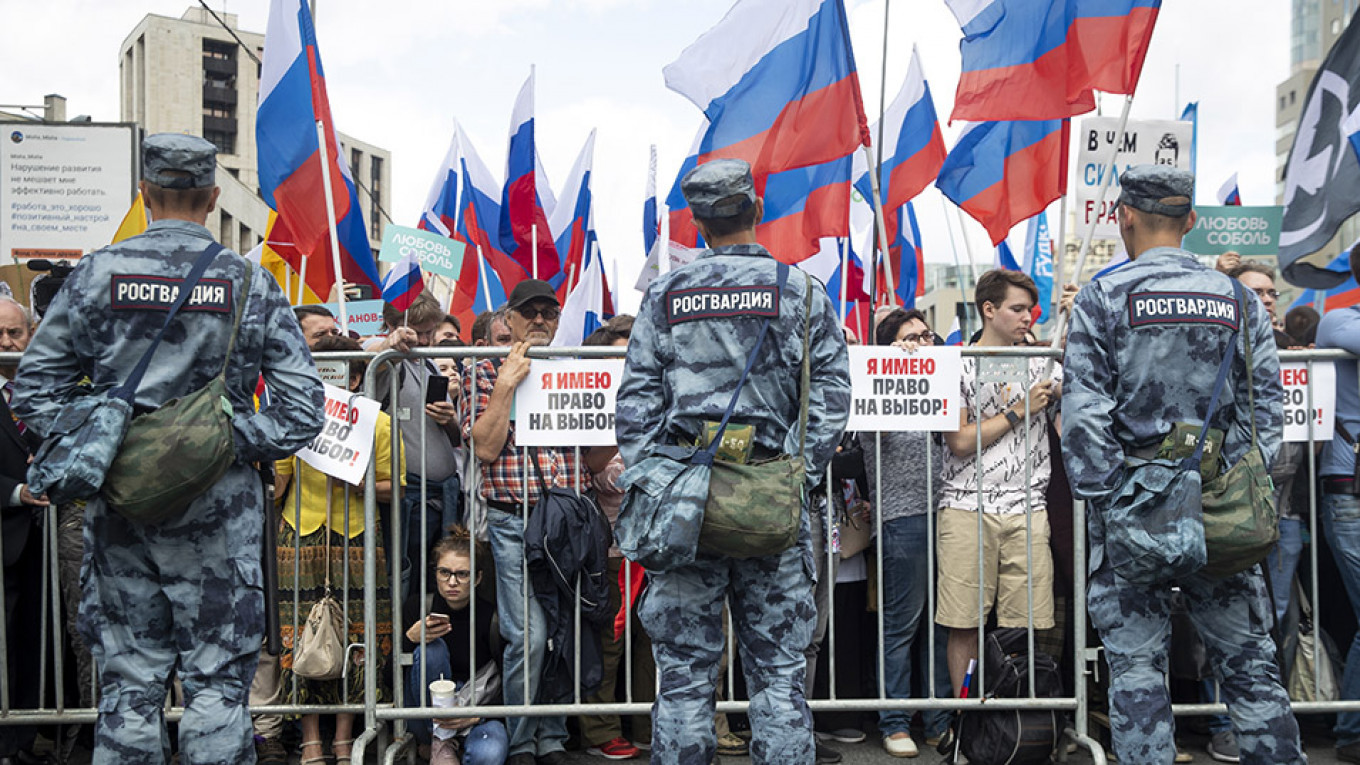 Russian lawmakers are moving to further restrict the locations where citizens will be allowed to protest following weeks of demonstrations over Moscow authorities’ refusal to allow the opposition from running for local office.

Thousands of Muscovites have taken to the streets in the past month to protest the decision to bar opposition members from running for the Moscow City Duma on Sept. 8. The protests have led to thousands of citizen detentions, a number of would-be candidates jailed and several participants accused of taking part in “mass unrest,” while Russian lawmakers have alleged foreign meddling in the rallies.

“We need to draft a bill that will clearly define locations for political rallies,” Russian senator Lydumila Bokova told the Kommersant business daily following a session on foreign meddling Thursday.

Senator Andrei Klimov confirmed that Russia’s Federation Council will draft a bill “locking in the specific places where political actions can be carried out.” The legislation will also spell out “where they can’t be carried out under any circumstances.”

The latest move to draft new protest regulations comes after President Vladimir Putin signed a law in 2012 that hiked fines for protesting at unsanctioned rallies. Demonstrating without permission from the authorities has been a criminal offense since 2014.

“In all, the continued pursuit of limiting the rights and freedoms of citizens is evident,” Kommersant quoted Glukhov as saying.

Bokova has previously co-authored another law, designed to isolate the Russian segment of the internet in the event of an outside attack, which has been described by critics as draconian.

Russia Accuses U.S. of Meddling in Its Affairs With Protest Warning‘Who Is Putin?’ How Russia Reacted to Leader’s Rise to Power, 20 Years Ago