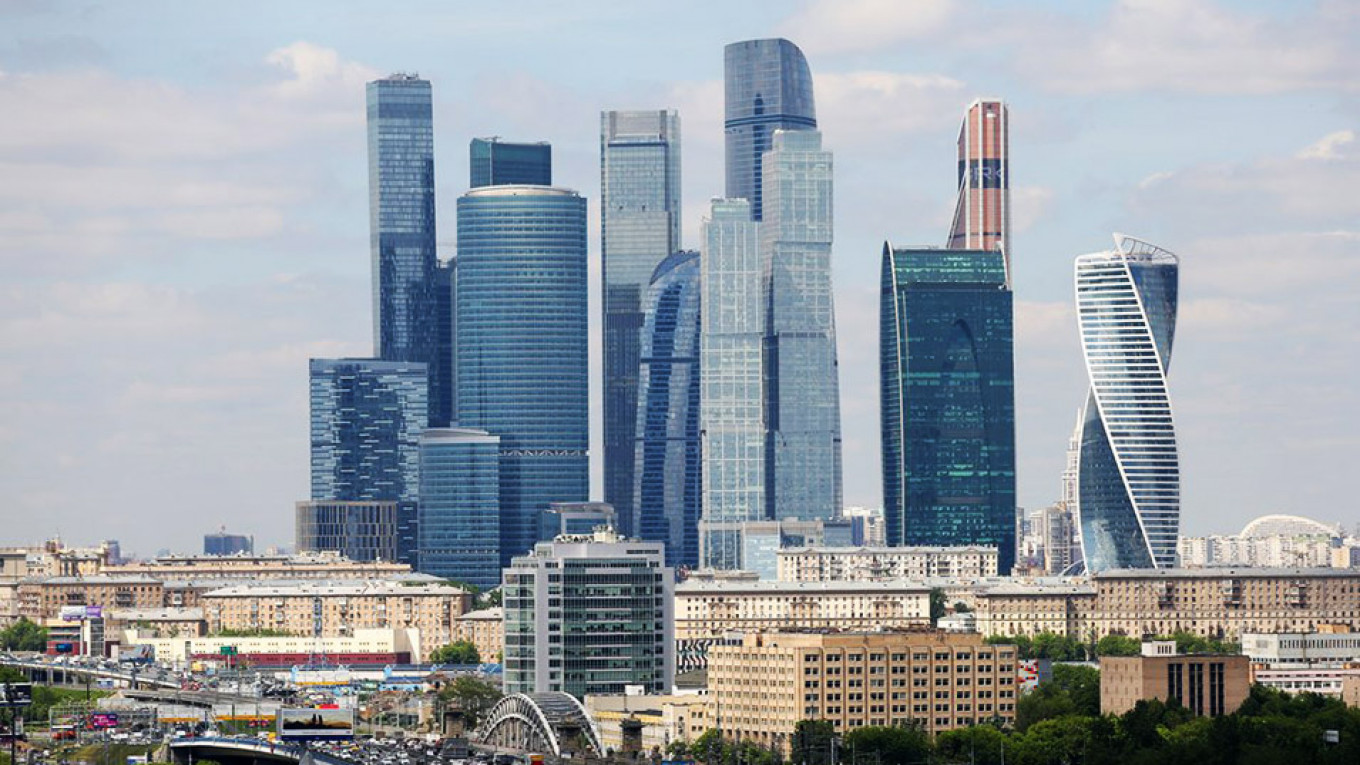 Over a dozen Russian cabinet offices will relocate to a cluster of skyscrapers in the sprawling financial district of western Moscow, the Kommersant business daily has reported.

More than two decades in the making, Moscow’s business hub has struggled to fill its office space following the 2008 global financial crisis and Western sanctions on Russia. Government and state-run firms take up a third of Moscow City’s total space, with Russian companies accounting for the rest.

The ministries will occupy 400,000 square meters in the new location instead of the current 600,000 square meters they take up, the source was cited as saying. The optimized space will cut maintenance costs and ease traffic congestion in central Moscow, they added.

Economic Development Minister Maxim Oreshkin, who oversees the relocation, was due to discuss the process with officials for the first time Tuesday, the publication cited an unnamed government official as saying.

Sergei Polonsky, a Russian businessman and one of the Moscow City complex’s founders, told The Moscow Times that the project was not designed to house 14 government ministries.

“Moscow City needs to stop growing in size and to prohibit the construction of new buildings because this is a disaster,” he said.

He added that he and other businessmen are already thinking of constructing a second district of skyscrapers in Moscow.

“Corporate buildings are an ideal place for officials and state employees, but now entrepreneurs also need to create their new territory,” he said. “One’s consciousness is structured within the place where they work. … The transition to a four-day working week and having trees and birds above one’s head instead of concrete — it’s about creating a new space which forms a new consciousness, and this is the main value of the future.”

The Defense Ministry, Interior Ministry and Emergency Situations Ministry do not plan to abandon their headquarters. Neither do the Foreign Ministry and the Federal Archive Agency.