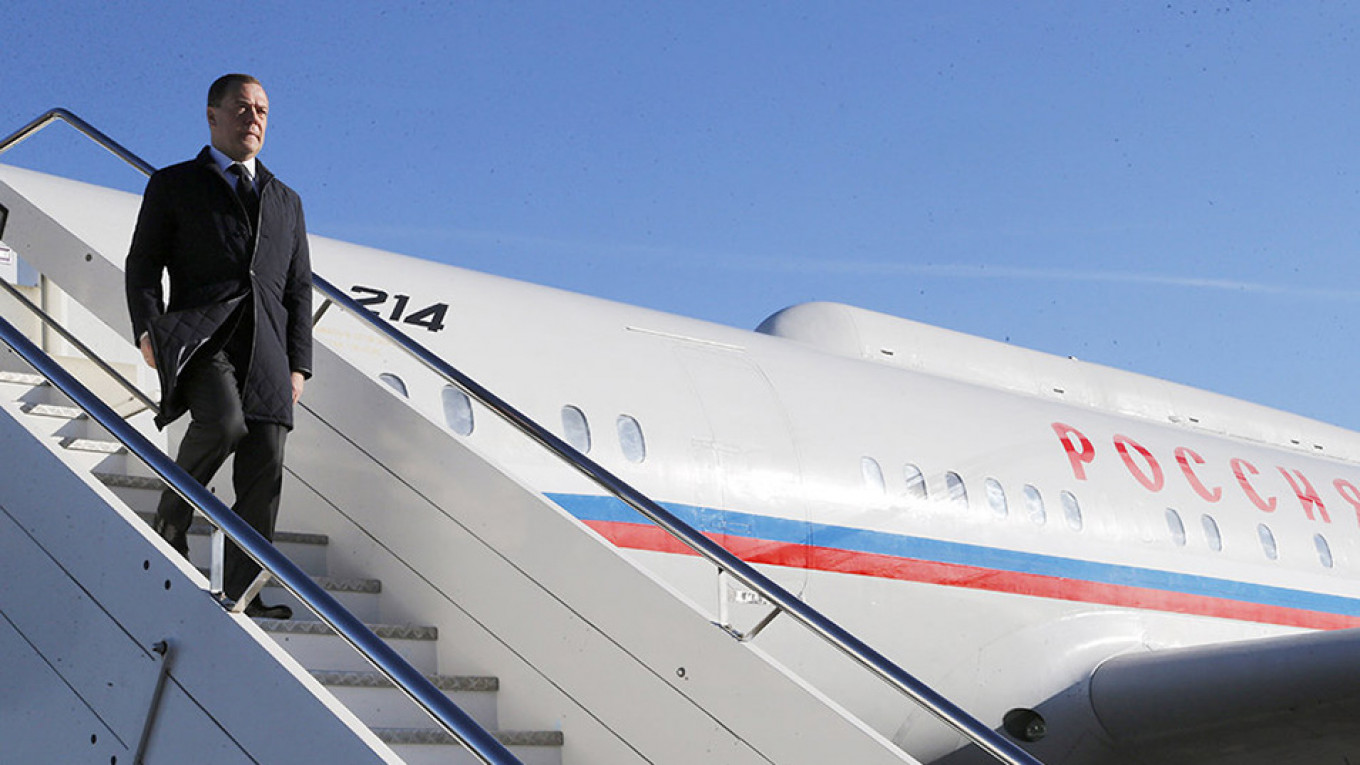 Russian Prime Minister Dmitry Medvedev kicks off an official two-day visit to Havana on Thursday in a strong show of Russia’s support for the communist-run island as it faces escalating pressure from the United States.

Moscow has sought to renew its commercial, military and political ties with Cuba in recent years, as part of a broader strategy to expand its presence in Latin America as a counterweight to China and the United States.

It has also backed Cuba’s leftist allies Venezuela and Nicaragua, under attack from the Trump administration as a “troika of tyranny.”

Russia’s support for Cuba is insignificant compared to the role the Soviet Union once played, but analysts said it is still very welcome as the island’s economy suffers from a steep decline in Venezuelan aid and U.S. sanctions.

Above all, Medvedev’s visit — the highest profile Russian tour since that of President Vladimir Putin in 2014 — is symbolically important, they said.

“The symbolism is that the U.S. strategy of economic strangulation will fail because Cuba can turn elsewhere for support — just as it did during the Cold War,” said William LeoGrande, a professor of government at American University.

“That’s a message to the United States, but also to the Cuban people that they should not despair because they have other friends abroad.”

Russia has in particular the capacity to help Cuba out of its current fuel crisis which Havana blames on U.S. sanctions on energy shipments to the island, although it remains unclear whether it is willing to make such a large commitment.

Throughout the Cold War, Moscow propped up Fidel Castro’s revolutionary government, providing it with billions of dollars worth of cheap grain, machinery and other goods.

Those subsidies disappeared with the 1991 collapse of the Soviet Union and trade plunged.

That has become increasingly important as western commercial financing is drying up due to growing U.S. hostility.

During Medvedev’s visit, the Russian Export Center (REC) plans to sign a deal with Cuba’s Aviaimport to finance around 21 million euros worth of projects to provide technical assistance for airplanes produced by Russia, REC Director General Andrei Slepnyov said.

Separately, REC and Banco Exterior de Cuba plan to sign a financing deal worth around 33.8 million euros to upgrade a steel bars and wire factory. This would allow Cuba’s Acinox Comercial to upgrade rolled steel production capacity to 170,000 tonnes per year from 40,000 tonnes now, he said.

“This can help to enhance (Acinox’s) competitive positions including international ones … and result in inflows of forex revenues to the country which would have a positive effect on Cuba’s economic situation,” Slepnyov said.

Russian exports to Cuba more than doubled in 2017 to $414 million and rose to $440 million last year, according to official Cuban data.

While that is less than a third of Spanish, Chinese or Venezuelan exports to Cuba, it looks set to continue rising and helping the country resolve specific issues.

Those Russian exports include hundreds of cars and minibusses as well as dozens of locomotives that have helped Cuba battle a severe shortage of public transport.

“Russia is wary of becoming a bankroller again so they will only offer enough to prop Cuba up as long as it is politically useful,” said Paul Hare, a former British ambassador to Cuba who lectures at Boston University’s Pardee School of Global Studies.

Russia wants to defy the Trump administration, he said.

“The Russians stood by Assad in Syria and they want to show they are loyal allies to Cuba as well,” he said. “And they need to show Iran and North Korea also that the United States’ coercive diplomacy will not prevail.”