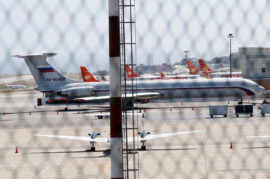 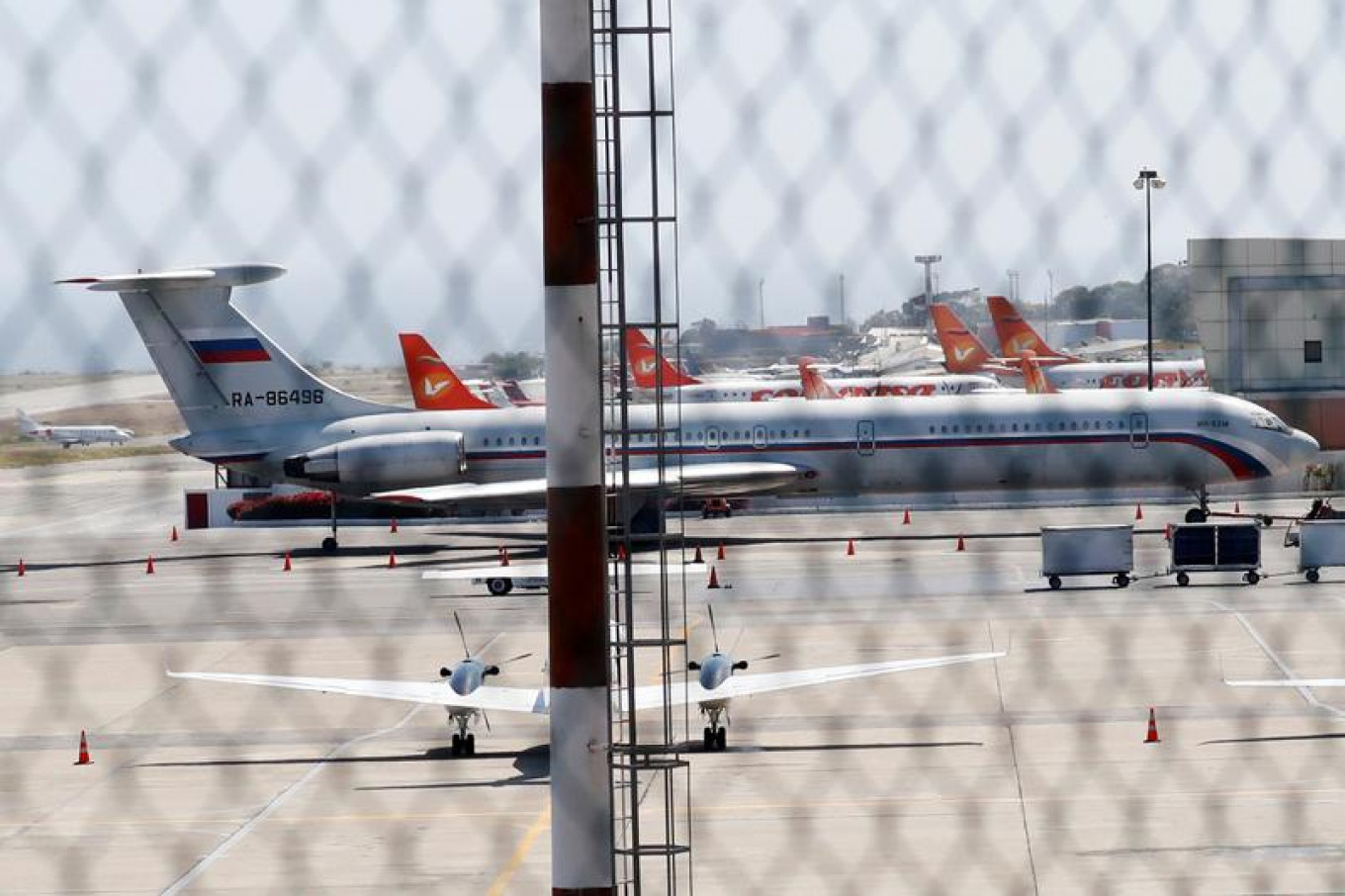 The United States on Monday accused Russia of “reckless escalation” of the situation in Venezuela by deploying military planes and personnel to the crisis-stricken South American nation that Washington has hit with crippling sanctions.

The Russian planes and military personnel arrived outside the Venezuelan capital Caracas on Saturday, according to local media reports, two months after the Trump administration disavowed President Nicolas Maduro.

Washington has recognized opposition leader Juan Guaido as the country’s legitimate president and demands that Maduro leave power, which Russia has described as a U.S.-backed coup against the socialist government.

“The United States condemns Russia‘s deployment of military aircraft and personnel to Caracas, which is another contradiction of both Nicolas Maduro’s and Russia‘s calls for non-intervention in Venezuela and is a reckless escalation of the situation,” a State Department spokesman said.

The vice president of Venezuela’s Socialist Party, Diosdado Cabello, confirmed two planes had flown to the country from Russia, but he did not give a reason or say they carried troops.

“The planes from Russia landed in Venezuela because they were authorized by the only government that there is in Venezuela, and it’s called the government of Nicolas Maduro,” Cabello said in a speech broadcast on state television.

The Kremlin declined to comment on the planes on Tuesday or to the accusations from the U.S. State Department.

U.S. Secretary of State Mike Pompeo told his Russian counterpart Sergei Lavrov in a phone call on Monday that Washington would “not stand idly by” as Russia backed Maduro, who has overseen a dramatic collapse of a once-bustling economy.

However, Pompeo did not say what the United States would do in response to Russian troops.

U.S. President Donald Trump said in 2017 that the “military option” was on the table when it comes to Venezuela, but administration officials have since downplayed talk of armed intervention.

A spokesman for the U.S. military’s Southern Command, which oversees U.S. forces in Latin America, said Russia‘s deployment of troops “directly undercuts the democratic aspirations of the Venezuelan people.”

U.S.-Russia Talks on Venezuela Stall Over Role of Maduro

The Organization of American States regional grouping called the presence of Russian military equipment and personnel “a harmful act to Venezuelan sovereignty.”

Bloomberg News, citing an unnamed Venezuelan information ministry official, reported that the officials had come to perform maintenance on Russian military equipment that Venezuela had purchased through bilateral accords.

The information ministry did not respond to requests for comment on the presence of the planes or the Bloomberg report.

“Such cynicism on the part of a country like the United States,” wrote Venezuelan Foreign Minister Jorge Arreaza on Twitter. “[With] a growing military budget of more than 700 billion dollars, it seeks to interfere with the technical military cooperation programs between Russia and Venezuela.”

Russia has warned the United States and neighbors against a military intervention in Venezuela.

The Trump administration has imposed crippling sanctions on Venezuela’s crucial oil industry. On Friday it sanctioned its development bank, Bandes, in efforts to choke off financial flows to Maduro’s government and called on Venezuelan military leaders to abandon him.

Maduro has denounced the sanctions as U.S. intervention and maintains diplomatic backing from Russia, China and Cuba.