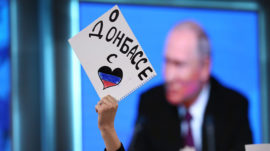 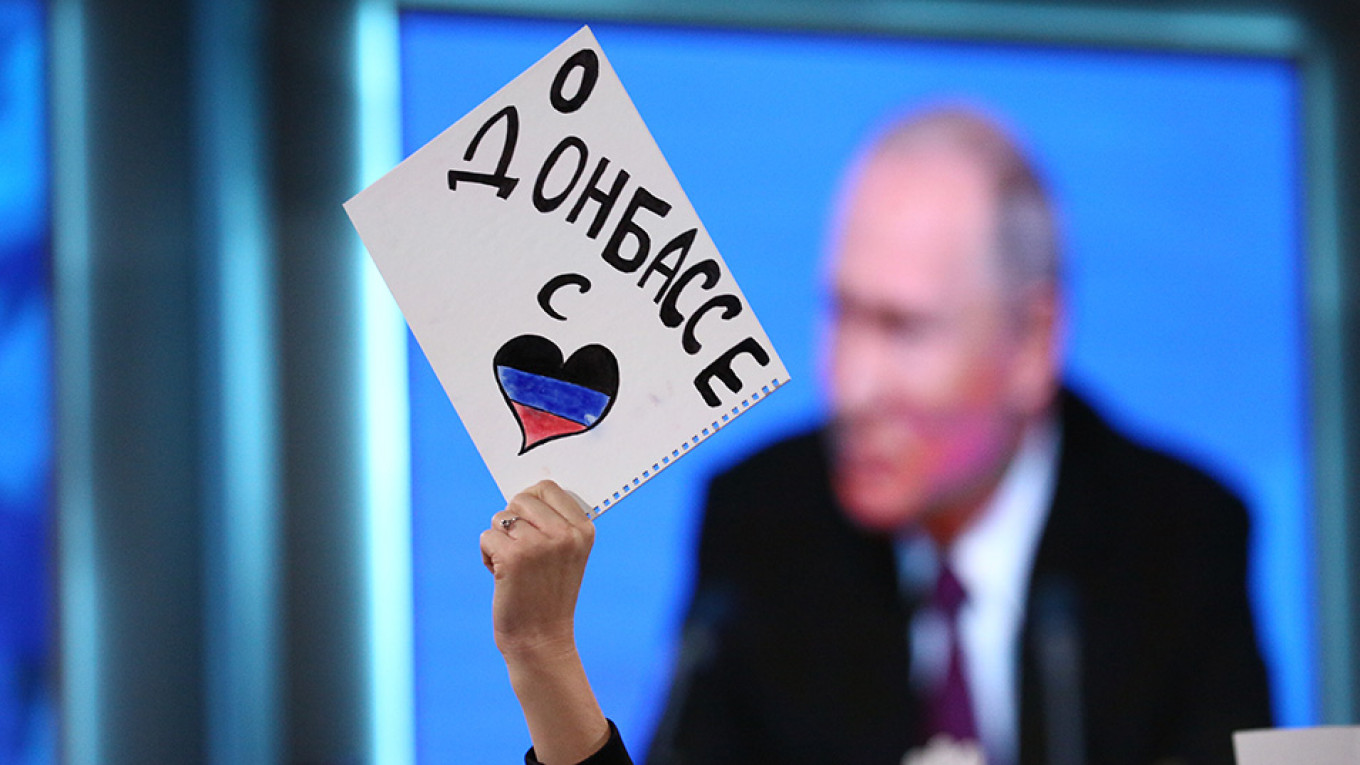 President Vladimir Putin’s order simplifying the procedure for residents of separatist-controlled eastern Ukraine to obtain a Russian passport prompted condemnations from Kiev and the United States.

Putin’s decree on Wednesday eases the path to Russian citizenship for an estimated 3.7 million people living in the self-proclaimed Donetsk  and Luhansk republics after five years of war between Ukrainian troops and Russian-backed forces. Coming three days after his runaway victory in Ukraine’s presidential vote, the move is seen as an early test for political novice Volodymyr Zelenskiy.

However, Putin said “we have no desire to create problems for the new Ukrainian leadership” after the decree was published. The Russian leader has yet to formally congratulate president-elect Zelenskiy on his win.

Ukraine urged residents of separatist-controlled areas not to apply for Russian passports and informed the United Nations about Russia’s move. Kiev also asked the European Union to take “prompt and decisive” action.

Zelenskiy said Putin’s action showed Russia was waging war in Ukraine and brought the two sides no closer to peace. He called for the international community to threaten Russia with more sanctions.

Zelenskiy’s office said his priority was achieving peace but called Russia’s actions “another evident confirmation for the world community of Russia’s true role as an aggressor state, which is waging a war against Ukraine,” according to a statement.

Poroshenko added that Russia might try to annex the Donbass region.

The passportization move marks a “continuation of aggression and interference in our internal affairs,” Ukraine’s Foreign Minister Pavlo Klimkin tweeted.

“Russia, through this highly provocative action, is intensifying its assault on Ukraine’s sovereignty and territorial integrity,” the U.S. State Department said in a statement.

Plans have been in the works for several months to streamline the issuing of Russian passports to residents of the two regions, according to sources close to the separatist administrations. If those plans had been announced before the Ukrainian election, it could have bolstered the chances of Poroshenko, the candidate Moscow least wanted to win.