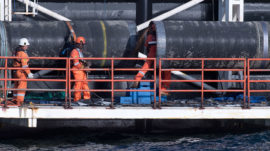 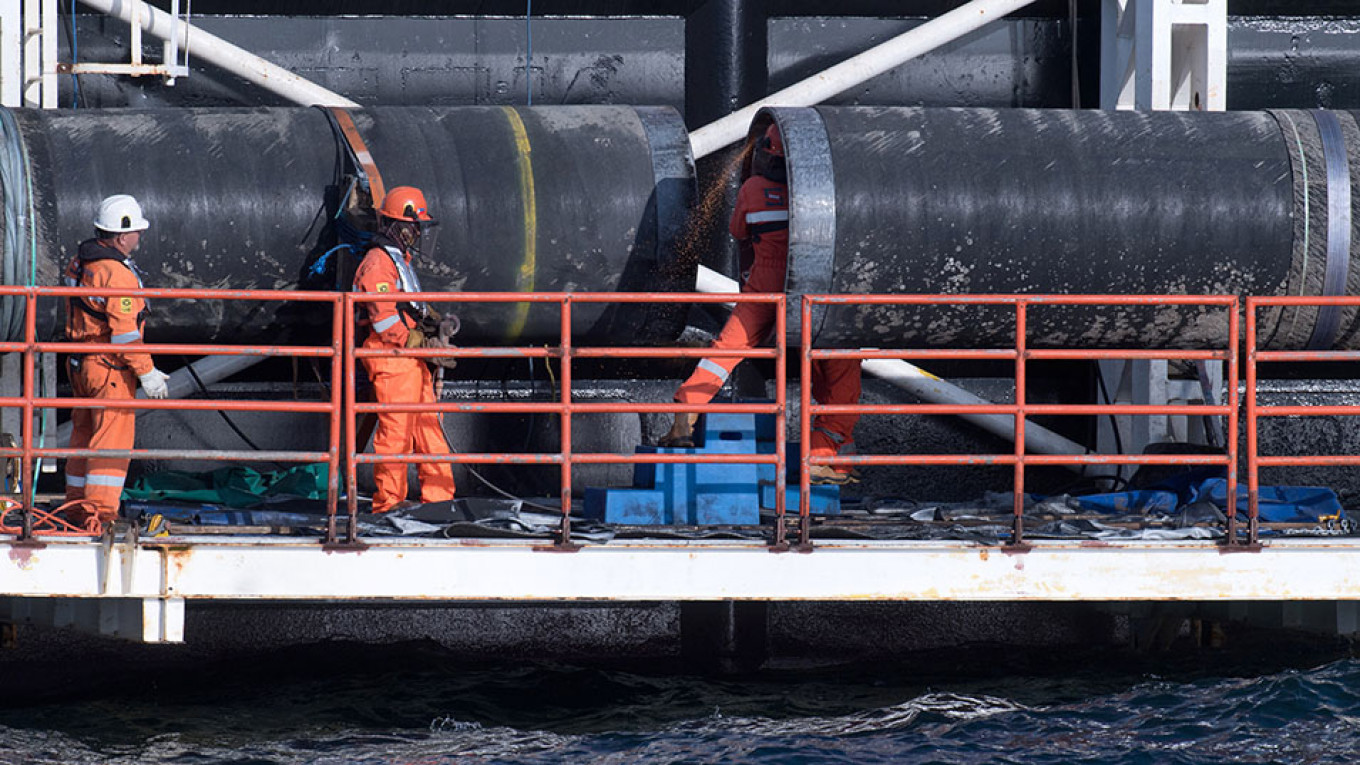 Russian Prime Minister Dmitry Medvedev said on Monday that the Nord Stream 2 gas pipeline would be completed in a matter of months and U.S. sanctions imposed on the project last week would not be “catastrophic”.

Russia’s new gas transit deal with Ukraine would also mollify the impact on Russian gas supplies of U.S. sanctions introduced on the pipeline project, he said.

Last week a major contractor suspended work on the Nord Stream 2 project, which is led by Russia’s Gazprom, due to U.S. sanctions introduced by U.S. President Donald Trump on Friday.

Around 160 kilometers (100 miles) of the gas pipeline, which will supply Russian gas to Germany and other European countries, remains to be laid, the consortium behind the project said earlier on Monday.

The United States says the pipeline, which will run along the Baltic Sea floor, will make Europe too reliant on Russian gas. Russia says Washington is using sanctions as an economic weapon to increase U.S. liquefied natural gas sales to Europe.

“Of course we will finish building (the pipeline)… Gazprom has alternative options for how to lay it. It will take a little more time, but that’s no big deal,” Medvedev told journalists, adding that it could take a couple more months.

“There’s nothing catastrophic about (the sanctions), especially considering the fact that we have already reached an agreement with the Ukrainians about transit,” Medvedev said.

With Nord Stream 2, Russia has planned to bypass Ukraine with which it has had a number of gas disputes in the past. Over the weekend, Moscow and Kiev managed to prevent another gas conflict, signing a new five-year transit deal days before the existing one expires at the end of 2019.

Medvedev described the tariff terms of the new gas transit deal as suitable for Moscow. “It’s a very humane tariff, I would say,” he said.

More than 2,300 kilometers of the Nord Stream 2 pipeline has been laid to date. The pipeline will be about 2,460 km long when completed.

After the sanctions bill was signed on Friday, Nord Stream 2 said it aimed to complete the project but did not provide details.

Russia is exporting gas to Europe via a number of routes, with Ukraine remaining the key one. Two other routes are the Yamal pipeline via Belarus and Nord Stream 1 via the Baltic Sea to Germany. Europe gets over a third of its gas needs from Gazprom.

Nord Stream 2 is aimed at doubling the existing Nord Stream 1’s export capacity to a total of 110 billion cubic meters a year. Gazprom has planned to start Nord Stream 2 in the first half of the next year.

Germany is Nord Stream 2’s main supporter in Western Europe. A member of German Chancellor Angela Merkel’s conservatives said on Monday that sanctions were expected to delay completion of the project by several months and increase its cost.