Russia Says ‘Unacceptable’ Turkish Incursion Into Syria Must Be Temporary 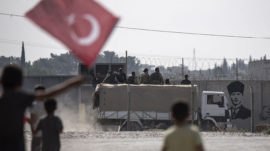 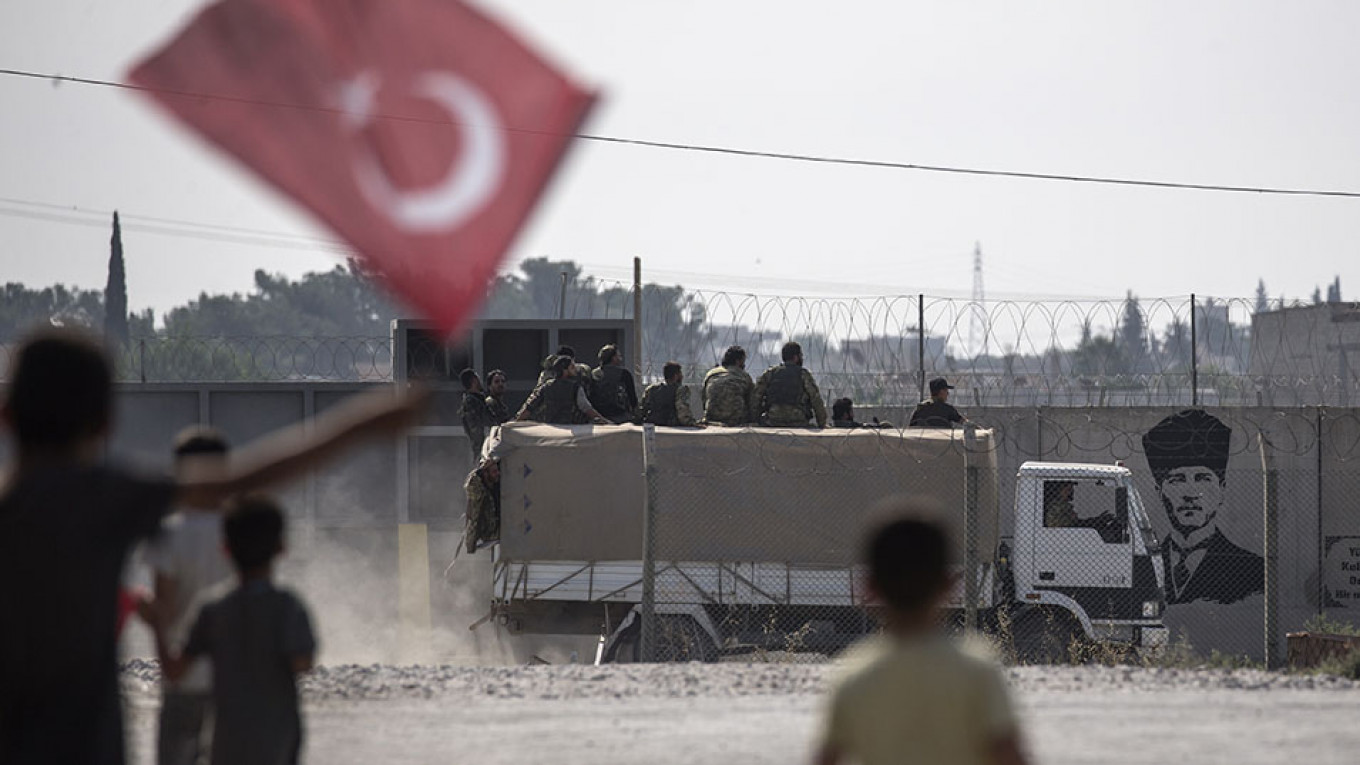 Russia called Turkey’s military incursion into northeast Syria “unacceptable” and said on Tuesday the operation had to be limited in time and scale, a rare broadside that suggests Moscow’s patience with Ankara is wearing thin.

“We didn’t agree with the Turks any questions about their presence in Syria and we don’t approve of their actions,” envoy Alexander Lavrentiev told reporters in Abu Dhabi during an official visit there by Putin.

He said Turkish troops had the right under an agreement struck between Damascus and Ankara in 1998, the Adana pact, to temporarily push up to a maximum of 10 kilometers (6 miles) into Syria to conduct counter-terrorism operations.

Lavrentiev made his comments as Turkey pressed ahead with its offensive in northern Syria despite U.S. sanctions and growing calls for it to stop, while Syria’s Russia-backed army moved on the key city of Manbij that was abandoned by U.S. forces.

The Kremlin said late on Tuesday that Turkish President Recep Tayyip Erdogan had phoned Putin. The Russian leader had used the call to complain about the humanitarian situation on the Turkish-Syrian border and had stressed the need to avoid a clash between Turkish and Syrian forces, it said.

Putin had told Erdogan that the situation whereby Islamic State prisoners being held in custody by Syrian Kurds were exploiting the chaos by trying to escape was unacceptable, the Kremlin said.

Putin had also invited Erdogan to visit Russia in the coming days for urgent talks, a proposal Ankara had accepted, it added.

His comments, which suggest growing tensions between Turkey and Russia, came a day after the Kremlin complained that Turkey’s incursion was “not exactly” compatible with Syrian territorial integrity.

“The security of the Turkish-Syrian border must be ensured by the deployment of Syrian government troops along its entire length,” said Lavrentiev. “That’s why we never spoke in favour or supported the idea of Turkish units (being deployed there) let alone the armed Syrian opposition.”

In particular, he said the area was populated by Kurds, Arabs and Sunnis who would not take kindly to their lands being resettled by people who had never lived there, a reference to Turkey’s plan to house refugees from other parts of Syria there.

Lavrentiev confirmed that Russia had brokered an agreement between the Syrian government and Kurdish forces that saw the Kurds cede control of territory to Syrian troops.

Those talks had taken place at Russia‘s Hmeimim air base in Syria among other places, he said.

Russia‘s influence in Syria and the Middle East is widely seen to have been boosted in the last week thanks to Washington scaling back its Syria operation and the Syrian Kurds striking a deal with Syrian President Bashar al-Assad, Moscow’s closest ally in the region.

Lavrentiev said Moscow was hoping that the United States would withdraw all of its forces from Syria. Russian Defense Minister Sergei Shoigu spoke to his U.S. counterpart about Syria on Tuesday evening.

Russian military police are patrolling the line of contact between Syrian and Turkish government troops.

Lavrentiev estimated there were around 12,000 Islamic State prisoners being held in northeast Syria.