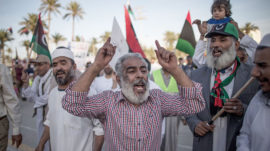 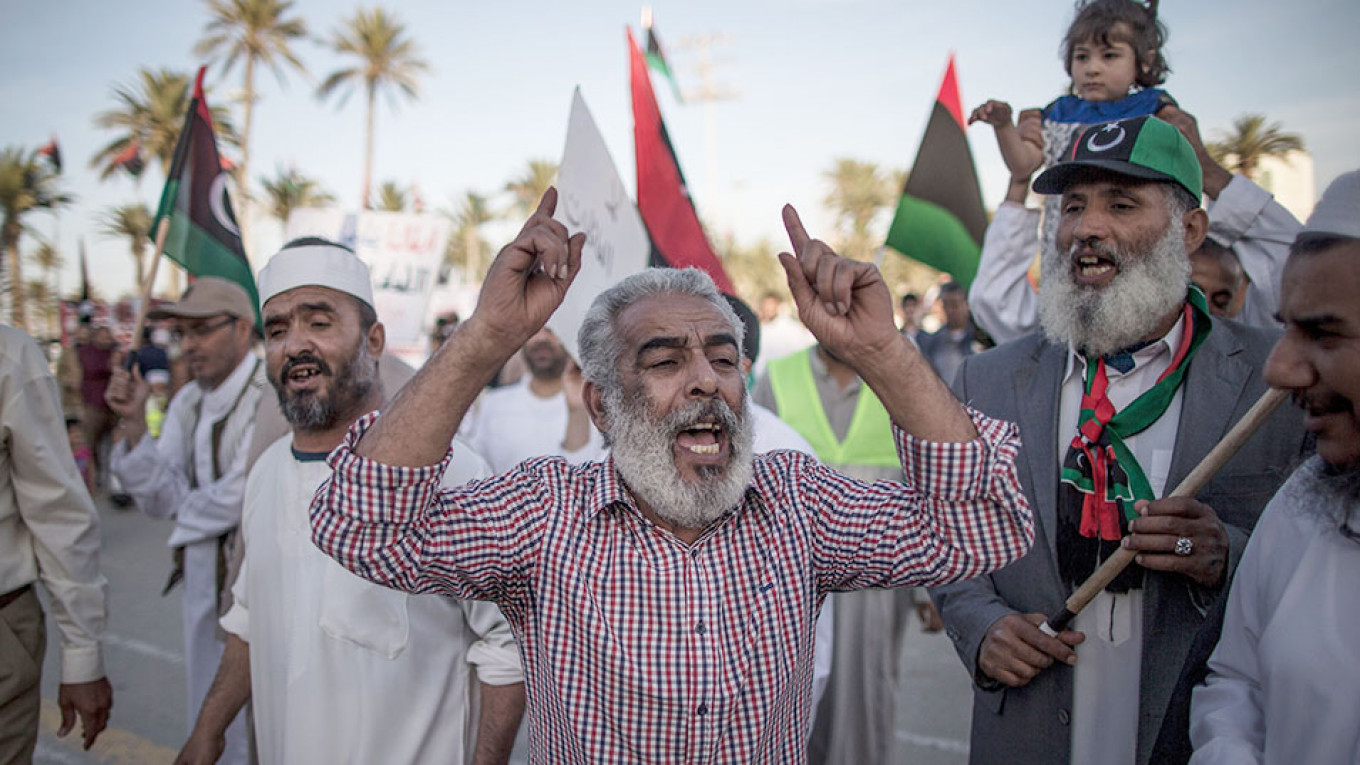 Libyan military strongman Khalifa Haftar’s almost two-month assault on the capital, Tripoli, has stalled and he can’t take the city, according to a Russian special envoy to the oil-rich North African state.

“It was absolutely predictable that Haftar would get bogged down,” said Lev Dengov, who forecast a lengthy stand-off. The leader of the self-styled Libyan National Army “isn’t capable of taking Tripoli. That’s clear,” Dengov said in an interview on Tuesday in Moscow.

After intervening to tip the balance in Syria’s civil war, Libya has emerged as another arena where Russia’s flexing its geopolitical muscle in the region. Moscow has backed Haftar by providing training for his forces, according to Western diplomats and Russian media reports. At the same time, the Kremlin has built ties with the United Nations-backed government of Prime Minister Fayez Al-Sarraj.

Russia lost billions of dollars in contracts after the 2011 overthrow of Libya’s former ruler Moammar Qaddafi. Fighting between the rival administrations has repeatedly interrupted oil shipments and production in Libya, which has Africa’s largest proven crude reserves.

Haftar, who controls much of Libya’s east and south, appeared to get encouragement from U.S. President Donald Trump last month to take Tripoli and depose Sarraj’s government, contradicting the administration’s previous opposition to the assault. The military commander has also enjoyed support from France, Saudi Arabia, Egypt and the United Arab Emirates. Sarraj, who has backing from former colonial power Italy and other European countries, as well as Qatar and Turkey, is demanding that Haftar withdraws his forces to pre-offensive lines.

The risk of a prolonged proxy war deepened after the Libyan government said this week that it had received a shipment of foreign weapons, weeks after announcing that Turkey would help its army fend off the assault by Haftar.

Weapons have reached Haftar from Egypt in the past, according to the UN. His forces have also used Chinese precision-guided Blue Arrow missiles sold to the U.A.E., according to experts who examined missile remnants. Libya is under a UN arms embargo.

“If any actions happen that aren’t sanctioned by the UN, they are illegal and ineffective, they will only worsen the problem,” said Dengov, who urged foreign backers of the rival sides to focus on mediating a resolution of the conflict.

“If the parties inside the country remain at odds and the outside powers too, there won’t be peace any time soon in Libya,” he said.

Achieving a cease-fire “would require input from the big Security Council members” such as Russia and the U.S., said Claudia Gazzini, a Libya analyst at the Brussels-based International Crisis Group. While Russia’s role in Libya has been somewhat overshadowed by regional powers since the offensive began, it “still has some leverage over Haftar and has a certain degree of credibility” with the government, she said.

UN Special Envoy to Libya Ghassan Salame told the Security Council on Tuesday that the fighting around Tripoli, which has killed 460 people since it began in early April, risks descending into a “civil war which could lead to the permanent division of the country.”

Dengov criticized both Haftar and Sarraj for their unwillingness to sit at the negotiating table and abide by any agreements. He also expressed concern that possible steps by the central bank to effectively cut off the banking sector in Haftar’s eastern stronghold could provoke him to retaliate by seizing control of oil exports.

“It would be one of the most unwise decisions for the future of a united Libya,” the envoy said. “It would lead to a new cycle of aggression and escalation.”

With Haftar’s offensive having ground to a halt on Tripoli’s outskirts, he’s rejecting calls for a cease-fire that would involve withdrawing his forces.

The conflict will continue until a leader emerges “who can unite everyone,” said Dengov. “If that leader was Haftar, he would already be in Tripoli, the city would have fallen without a fight.”