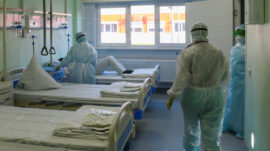 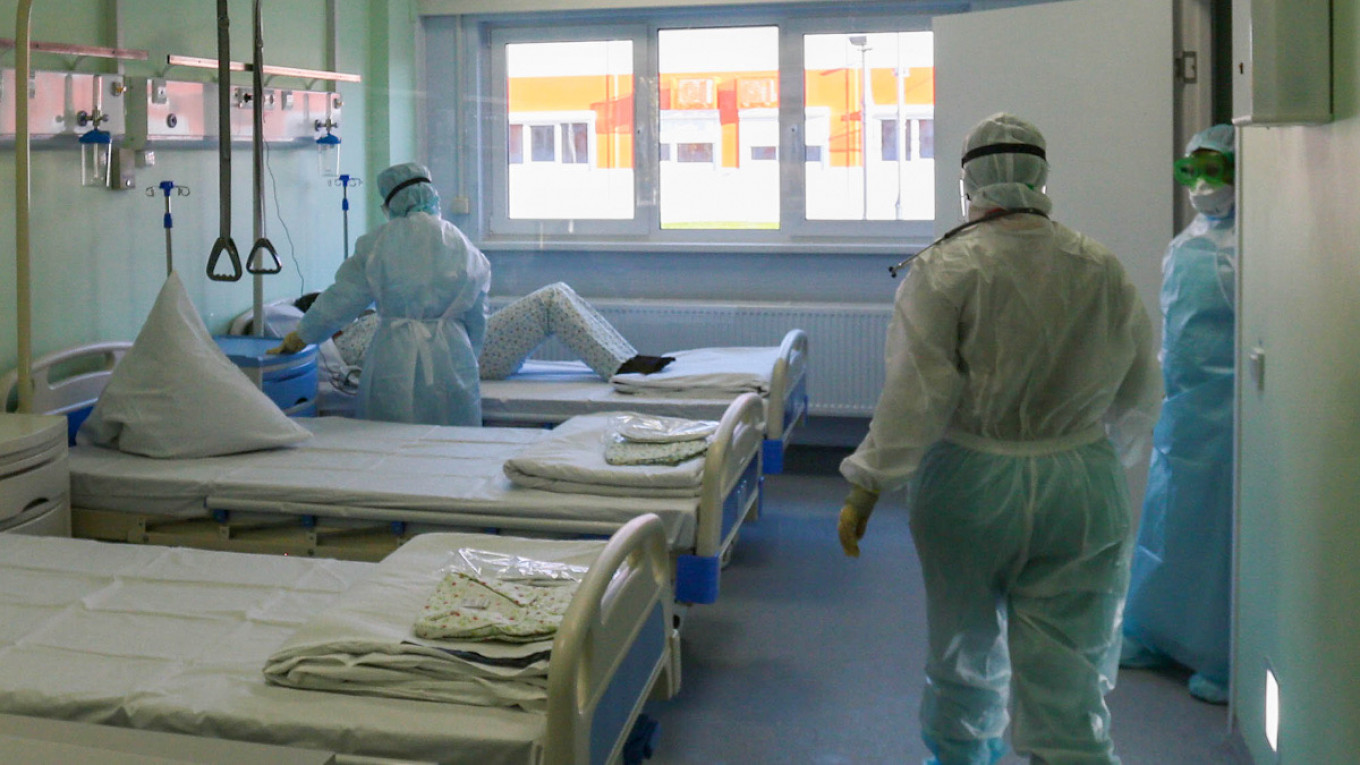 While Europe has reintroduced new restrictions in response to a second wave of coronavirus infections sweeping across the world, Russia has refused to enforce a new nationwide lockdown.

Russia has reported a much lower virus fatality rate compared to other badly hit countries and critics have accused the government of downplaying the severity of the health crisis.

Demographic data for March-September shows an excess of more than 117,000 deaths year-on-year, suggesting that the actual number of fatalities could be much higher.

In a number of regions, doctors and patients have reported extreme pressure on emergency services, medicine deficits and overflowing morgues.

On Monday, Buryatia in eastern Siberia became the first Russian region since the second wave began to shutter bars, restaurants, shopping malls and other non-essential businesses for two weeks.

Health Minister Mikhail Murashko said Monday that 84% of the country’s hospital beds allocated for coronavirus patients had been filled.

In the Ivanovo region northeast of Moscow, the regional health minister Artur Fokin said that local morgues were overflowing with corpses.

“We are looking for additional refrigerating chambers since the morgues can no longer cope with the storage of bodies until they are handed over to relatives,” Fokin told reporters on Monday.

Russian independent newspaper Novaya Gazeta said that in some regions pharmacies were running out of medicines, while ambulance brigades were so overwhelmed they were unable to reach all patients.

“In most regions with a tense situation, the reason is the delay in decisions to introduce restrictive measures,” he said.