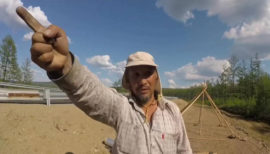 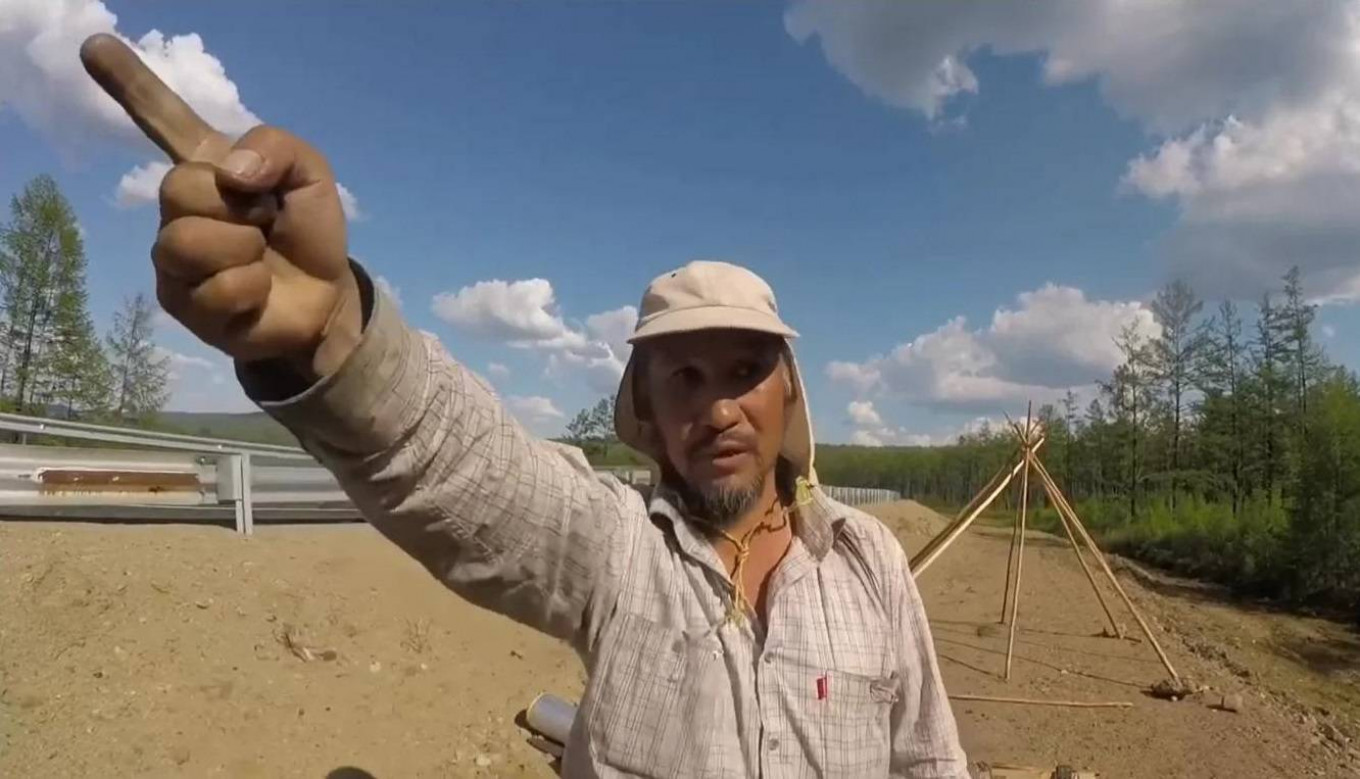 Officials have sent a Siberian shaman to a psychiatric hospital after he was apprehended on his way from Far East Russia to Moscow to exorcise President Vladimir Putin, authorities said Friday.

Alexander Gabyshev embarked on his odyssey in March, promising to walk more than 8,000 kilometers from his native republic of Sakha to Moscow to drive out Putin, whom he had called a demon. Gabyshev, who predicted he’d reach Moscow in the summer of 2021, was detained Thursday after walking nearly 3,000 kilometers.

“The self-proclaimed ‘shaman-warrior’ A. Gabyshev was taken to the Yakutsk neuropsychiatric clinic,” Sakha’s health administration announced.

The regional health office said it was “ready to provide qualified medical care” to Gabyshev should psychiatrists identify a pathology.

Supporters described Gabyshev’s pre-dawn arrest by masked and armed men as a kidnapping. Police later issued a statement saying they detained a man on a highway in Siberia in connection with an unspecified crime in Sakha and that they would fly him there.

The psychiatric hospital, however, said “no one brought any shamans here either last night or today,” the Open Media news website reported.

Amnesty International has declared Gabyshev a political prisoner. “The shaman’s actions may be eccentric, but the Russian authorities’ response is grotesque. Are they afraid of his shamanic powers?” Natalia Zviagina, Amnesty’s Russia director, said in a statement.

Gabyshev became a media curiosity after embarking on a long trek to Moscow to “expel” Putin from power, saying he believed the president to be an “embodiment of dark forces.” When asked about Gabyshev’s arrest, the Kremlin said it was impossible to keep track of all the criminal cases in Russia.

Various parts of the world practice shamanism, a belief that it is possible to communicate with and harness the energy of what practitioners perceive to be the spirit world.