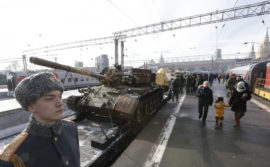 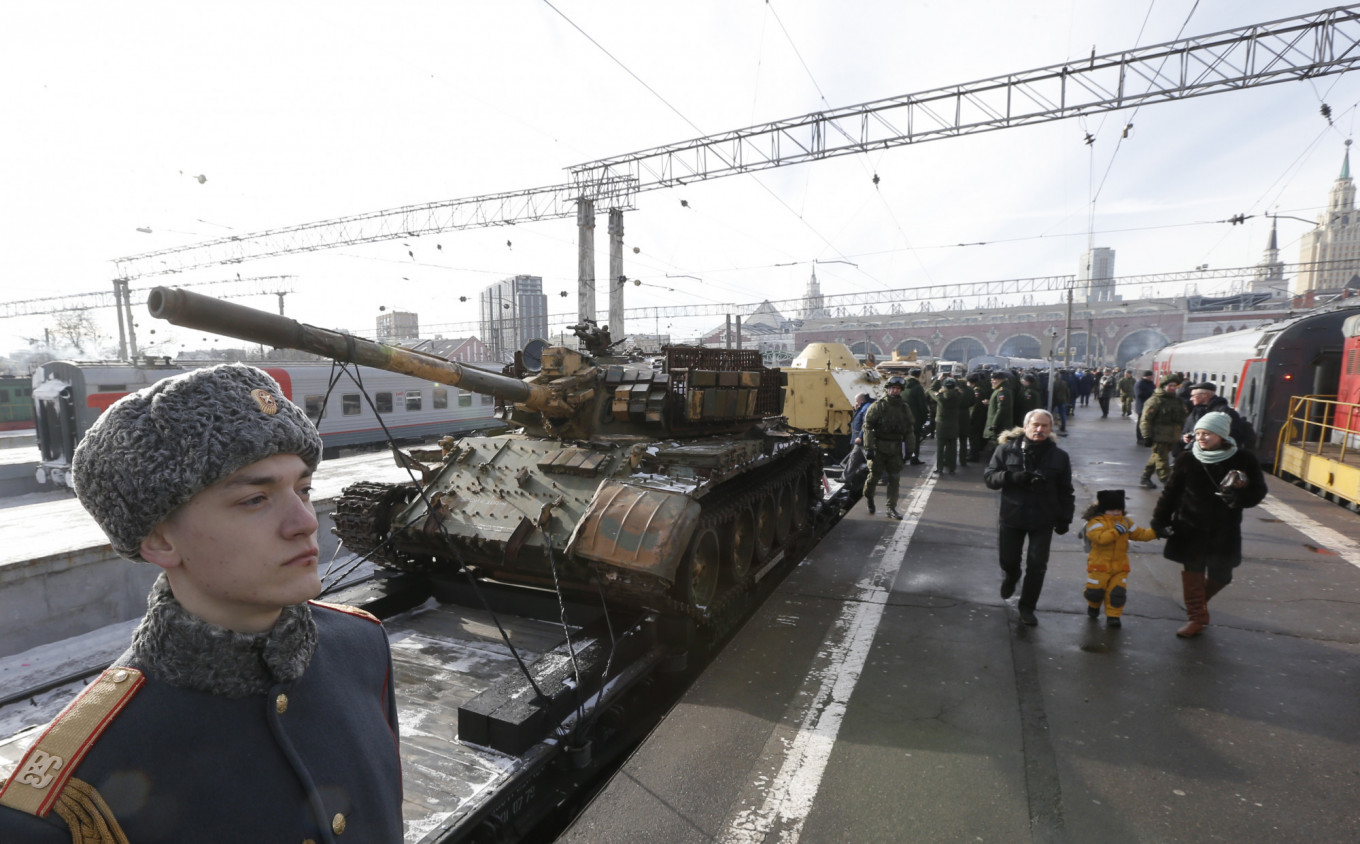 Russia’s Defense Ministry on Saturday kicked off a countrywide tour of war trophies from the Syrian civil war.

They included vehicles, firearms and equipment that the Russian military collected in Syria since entering the conflict in 2015.

The tour kicked off on Defender of the Fatherland Day, an annual celebration on Feb. 23 of Russia’s armed forces.

The “Syrian Breakthrough” display will travel by train through 61 Russia cities, from Moscow to the Far East port city of Vladivostok, and is scheduled to return to the Russian capital in time for Victory Day on May 9.