Russia Tells U.S. to ‘Mind Own Business’ Over Media Freedom 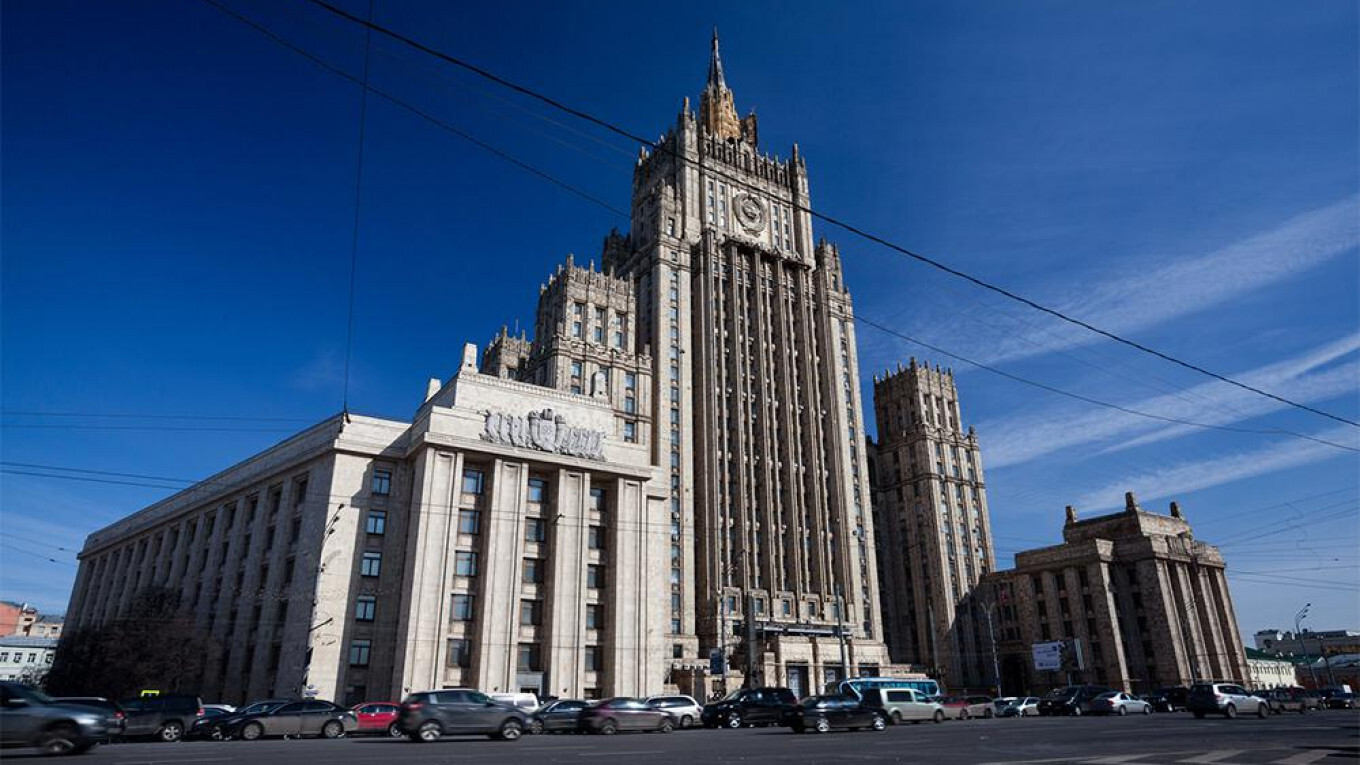 Moscow has told the U.S. embassy to “mind your own business” after Washington’s diplomatic mission raised concern about curbs on media freedom in Russia.

Rebecca Ross, the spokeswoman for the U.S. embassy, on Tuesday expressed concern about a clampdown on journalists in Russia.

“Watching arrest after arrest of Russian journalists – it’s starting to look like a concerted campaign against #MediaFreedom,” she tweeted.

“Mind your own business,” the Russian foreign ministry tweeted in response late Tuesday.

Earlier that day the FSB security agency, the successor to the Soviet-era KGB, arrested a respected former journalist, Ivan Safronov, 30, on suspicion of state treason.

His detention sparked uproar among supporters and journalists who say his arrest is punishment for his coverage of Russia’s defense sector.

A member of Safronov’s defense team, Yevgeny Smirnov, said the former journalist, who used to work for Kommersant and Vedomosti newspapers, is suspected of cooperating with Czech intelligence since 2012.

The FSB investigators believe that the Czech intelligence acts under the guidance of the United States, Smirnov told AFP.

The FSB says that Safronov has collected confidential data about the Russian military, defense, and security and handed it over to the intelligence of a NATO member country.

On Wednesday, Kremlin spokesman Dmitry Peskov insisted again that Safronov’s arrest was not related to his work as a journalist.

He also dismissed as “emotional” a chorus of statements from former colleagues and media that Safronov is not guilty.

“We have to wait for the trial,” Peskov told reporters.

Safronov’s lawyer Ivan Pavlov said the former journalist’s case already consisted of seven volumes suggesting that the security service had been watching him for a long time.

All major TV stations are under state control in Russia.

Journalists working for print and online outlets have recently complained about increasing curbs on press freedoms and pressure from the Kremlin.

On Monday, a reporter from the northwestern city of Pskov was fined nearly $7,000 for “justifying terrorism”, in a case that sparked an outcry.

Prosecutors had requested that Svetlana Prokopyeva be sentenced to six years in prison for a commentary about a bomb attack.