Russia to Clean Up Arctic Oil Spill With ‘Flexible Pipeline’ 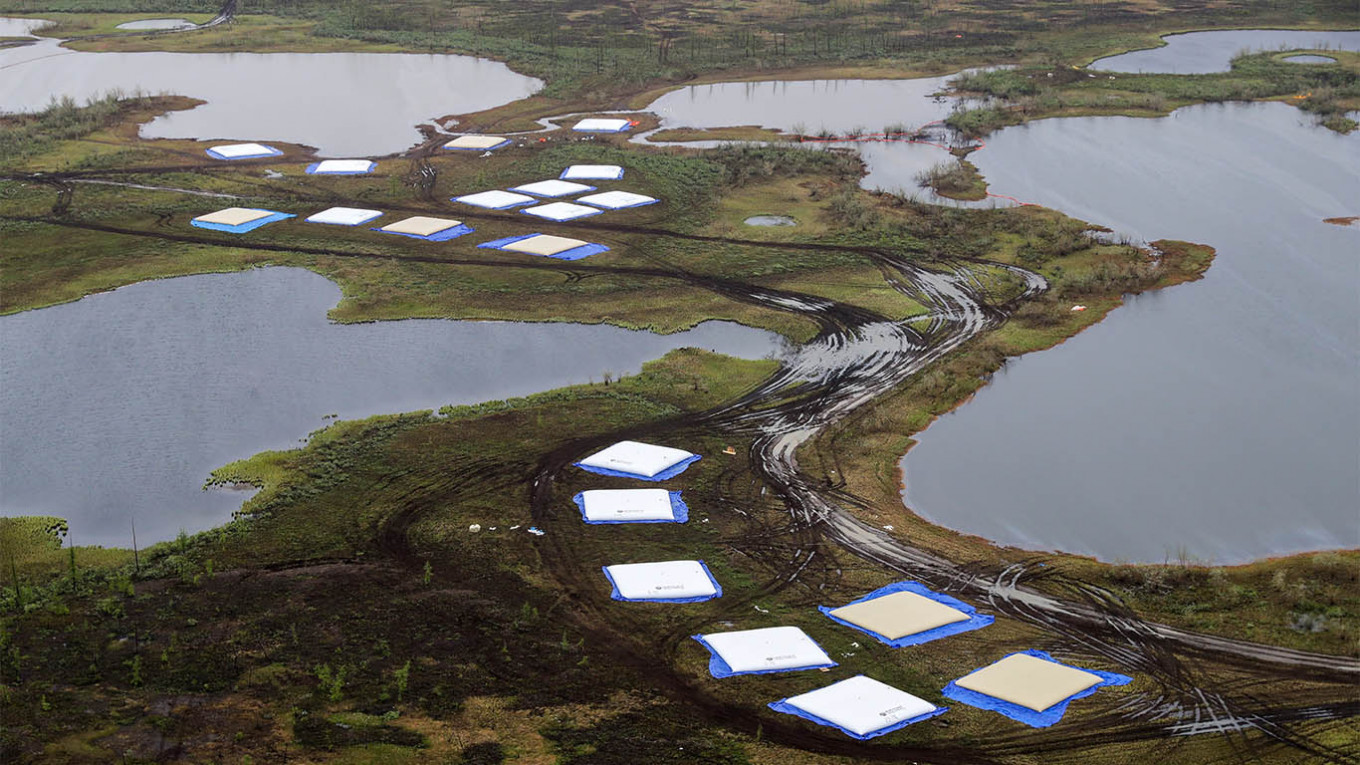 Russian authorities plan to build a “flexible pipeline” to pump out toxic fuel collected from the site of the largest-ever oil spill in the Arctic.

More than 21,000 metric tons of diesel leaked into soil and rivers after a fuel tank collapsed on May 29 at a power plant near the Siberian city of Norilsk. Officials say the cleanup could take years to complete and that the spill is unprecedented for the region.

“Most likely, a flexible pipeline will be built which will be extended to disposal sites,” Zinichev told President Vladimir Putin via videoconference.

Russia’s Marine Rescue Service said Wednesday that 700 workers have finished clearing diesel from the surface of the River Ambarnaya, the most-polluted waterway from the disaster.

Work was continuing to clean smaller waterways, including with the use of sorbents, a material used to soak up fuel along the river banks and remove oil residue from surfaces.

Officials have said that the cleanup had stopped the fuel from spreading further north, where it risked entering the Arctic Ocean.

The accident took place at a power plant owned by a subsidiary of metals giant Norilsk Nickel, which has said the collapse may have been caused by melting permafrost due to climate change.

Greenpeace Russia says it is the first such large-scale spill in the region beyond the Arctic Circle.

The NGO estimates the amount of damages to the Arctic waterways at 100 billion rubles ($1.4 billion).