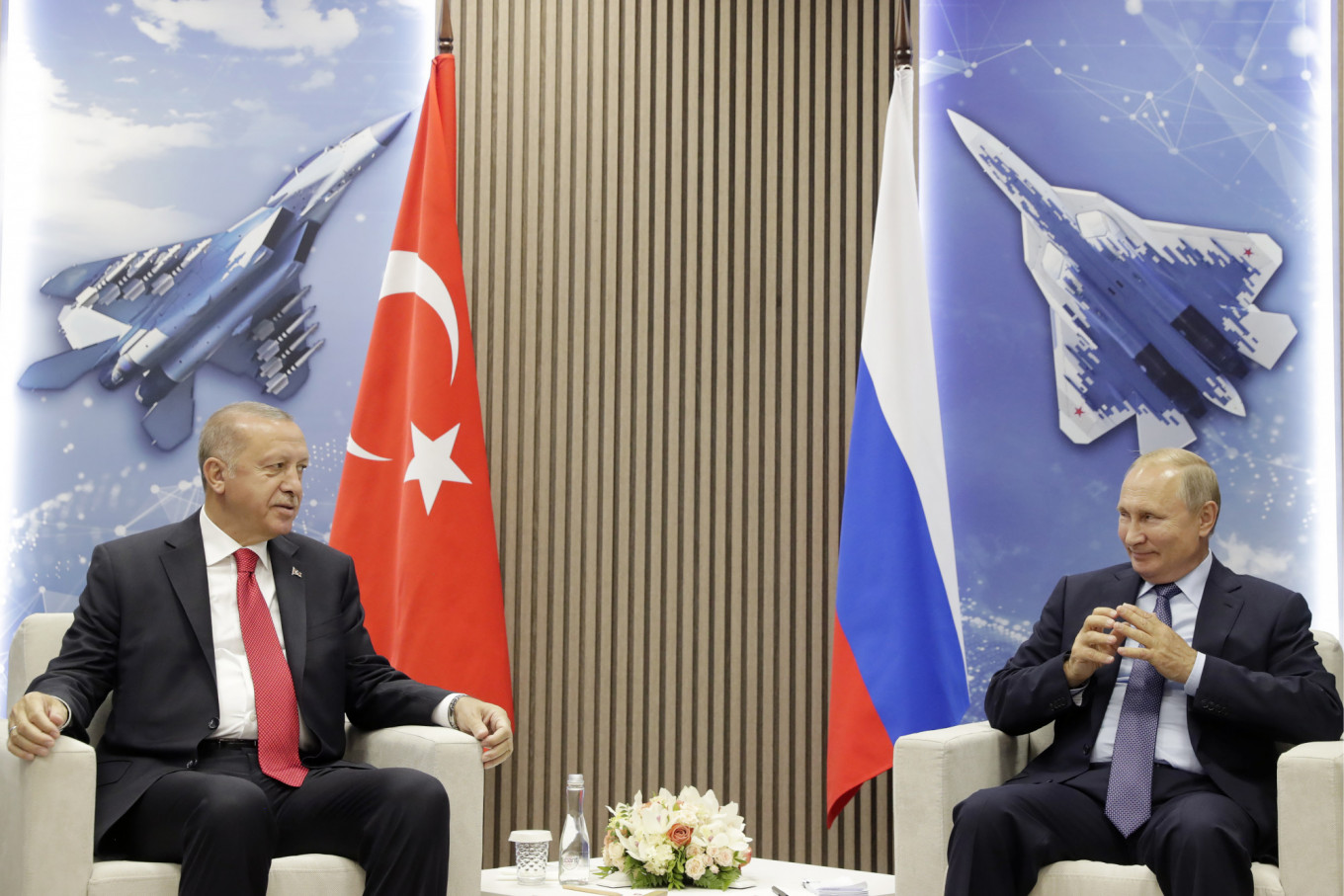 President Vladimir Putin said on Tuesday that Russia and Turkey had agreed steps to tackle militants in northwest Syria and “normalize” the situation there after a Syrian army offensive encircled rebel fighters and a Turkish military post.

Putin was speaking after talks in Moscow with Turkish President Recep Tayyip Erdogan, who has said the Syrian army attacks in the Idlib region bordering Turkey have caused a humanitarian crisis and threaten Turkey’s national security.

“Together with Turkey’s president we have outlined additional joint steps to neutralize the terrorists’ nests in Idlib and normalize the situation there and in the whole of Syria as a result,” Putin told a joint briefing with Erdogan.

He did not mention Erdogan’s call for the Syrian army assault to be halted.

Syrian President Bashar al-Assad’s forces, backed by Russian air power, have been waging an offensive in the Idlib region, the last remaining rebel-held territory in Syria. Much of the region is controlled by jihadists linked to the former Nusra Front, which was linked to al Qaeda.

Erdogan, standing alongside Putin, said it was unacceptable that Syrian forces were “raining death on civilians from the air and land under the pretense of battling terrorism.”

He also said Turkey had the right to self-defense on its border. “I conveyed our country’s determination on this matter personally to my dear friend Mr. Putin,” Erdogan added.

Syrian troops have encircled rebels and a Turkish military post in northwest Syria in an offensive to reclaim territory and towns the government lost early in the war.

The military observation post near the town of Morek is one of 12 that Ankara established in northwest Syria under a deal with Moscow and Tehran two years ago to reduce fighting between Assad’s forces and rebels.

A senior Turkish official said ahead of the talks that Turkey expected Russia, as a powerful supporter of Assad, to take steps to “alleviate the problem.”

Erdogan and Putin hold frequent talks and — despite the differences over Syria — have forged close ties focused on energy and defense cooperation. In July, Turkey began taking delivery of Russian S-400 missile defense systems, a move that strained ties with Ankara’s NATO ally the United States.

As the two leaders were meeting in Moscow, deliveries of the second battery of the S-400 system began.

As well as putting Turkish troops in the region in the firing line, the advances of Assad’s forces have threatened Ankara’s hopes of preventing a fresh wave of refugees — including fighters — on its southern border.

The United Nations says more than 500,000 people have been uprooted since the Syrian army began its offensive in late April, most of them escaping deeper into the rebel bastion and towards the border. Turkey opened its border at the start of the Syrian conflict in 2011 and now hosts 3.6 million Syrian refugees.

“The necessary measures need to be taken to prevent a migrant wave from there to Turkey. Measures should be taken against any problems that may arise on this issue,” the official also said.