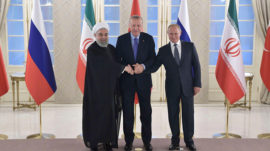 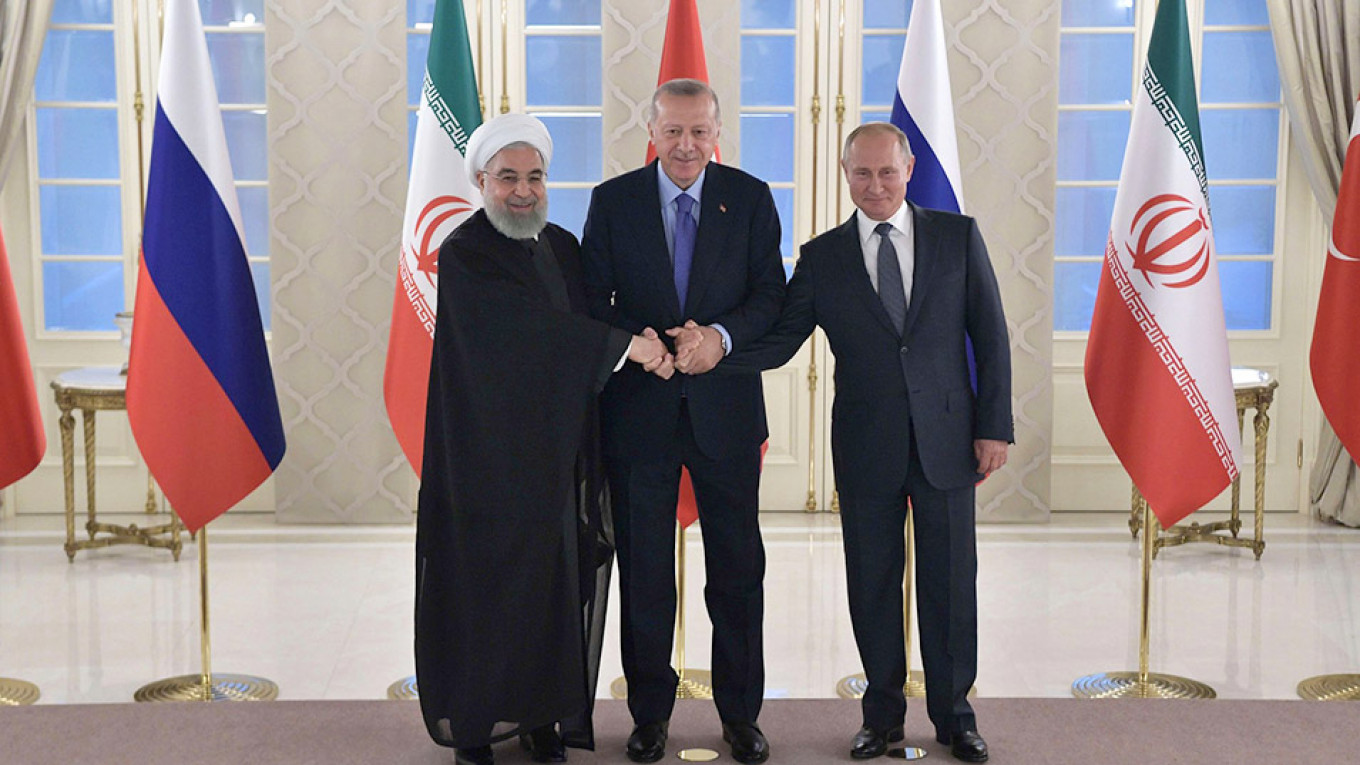 The leaders of Turkey, Russia and Iran meeting in Ankara on Monday agreed to try to ease tensions in northwest Syria’s Idlib region, but disagreements between the countries appeared to linger, especially over the threat from Islamic State.

The summit of the three countries — all of whom have allies fighting in Syria’s ruinous eight-year-old war — aimed to find a lasting truce in Syria. Recent attacks by Syrian government forces risk deepening regional turmoil and pushing a new wave of migrants towards Turkey.

“We are in a period when we need to take more responsibility for peace in Syria, when we (three countries) need to carry more weight,” Turkey’s Tayyip Erdogan said, adding that all three leaders were in agreement that a political solution was necessary to end the crisis in Syria.

Russian President Vladimir Putin and his Iranian counterpart Hassan Rouhani have supported Syrian President Bashar al-Assad against the rebels. Erdogan, along with the United States, and European and Arab allies, has supported different rebel factions.

On Monday, the three leaders said in a joint statement that they were alarmed about the risk of further deterioration of the humanitarian situation in and around Idlib and had agreed to take “concrete steps” to stop violations of previously negotiated agreements between the three countries.

Disagreements appeared to persist, however, in particular over the threat in Syria from Islamic State, which Erdogan dismissed completely while Putin expressed concern.

“Of course, we are worried by the situation in northeast of Syria, where sleeping cells of ISIS are emerging,” Putin told a joint news conference, minutes after Erdogan said that the only threat in northern Syria was from Kurdish militant groups.

The joint statement did not mention Saturday’s attacks on two of Saudi Arabia’s Aramco facilities by Yemen’s Iran-aligned Houthi group, which a Saudi-led coalition said were carried out with Iranian weapons.

However, at the joint news conference after the summit, Iran’s Rouhani called the attacks a reciprocal measure by “Yemeni people” to assaults on their country.

“Yemeni people are exercising their legitimate right of defense… the attacks were a reciprocal response to aggression against Yemen for years,” Rouhani said.

Erdogan focused on a planned “safe zone” with Russia and Iran in northern Syria, which he said could host up to 3 million refugees currently living in Turkey if it was extended from Turkey’s border to Deir al Zor and Raqqa.

Neither Putin nor Rouhani commented on the Turkish plans and the joint statement did not refer to them, however.

Iran’s Rouhani said before the talks that diplomacy was the only solution to the crisis and called on the United States to withdraw its troops from northeastern Syria immediately.

Against the advice of his top aides and commanders, U.S. President Donald Trump said last year he would withdraw U.S. troops from Syria. The move was welcomed by Turkey and Iran, but has yet to be fully implemented.

Turkish and U.S. forces launched joint land patrols in northern Syria as part of a safe zone at the east of Euphrates river more than a week ago.

“Diplomacy and not (military) confrontation can secure peace in Syria,” Rouhani said.

According to the joint statement, the talks focused on Idlib, the last remaining territory held by rebels seeking to overthrow Assad.

Syrian troops on Sunday shelled the south of Idlib in the area where a ceasefire had halted the fierce army offensive two weeks ago, according to rescuers and residents.

Turkey, which has a 911-kilometer border with Syria along its southern frontier, has 12 military observation posts in the region, under a deal with Moscow and Tehran in 2017. In an interview with Reuters on Friday, Erdogan warned that Turkey would retaliate against any Syrian government attack on Turkish posts.

Erdogan and Putin, who agreed last month to take steps to “normalize” the situation in Idlib after Syrian troops encircled rebels and a Turkish post in the region, reiterated the need to root out militant groups the region.

“Russia, on its part, plans to support Syrian army while it carries local operations aimed at removing of terrorist threat where it emerges,” Putin said.