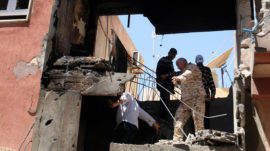 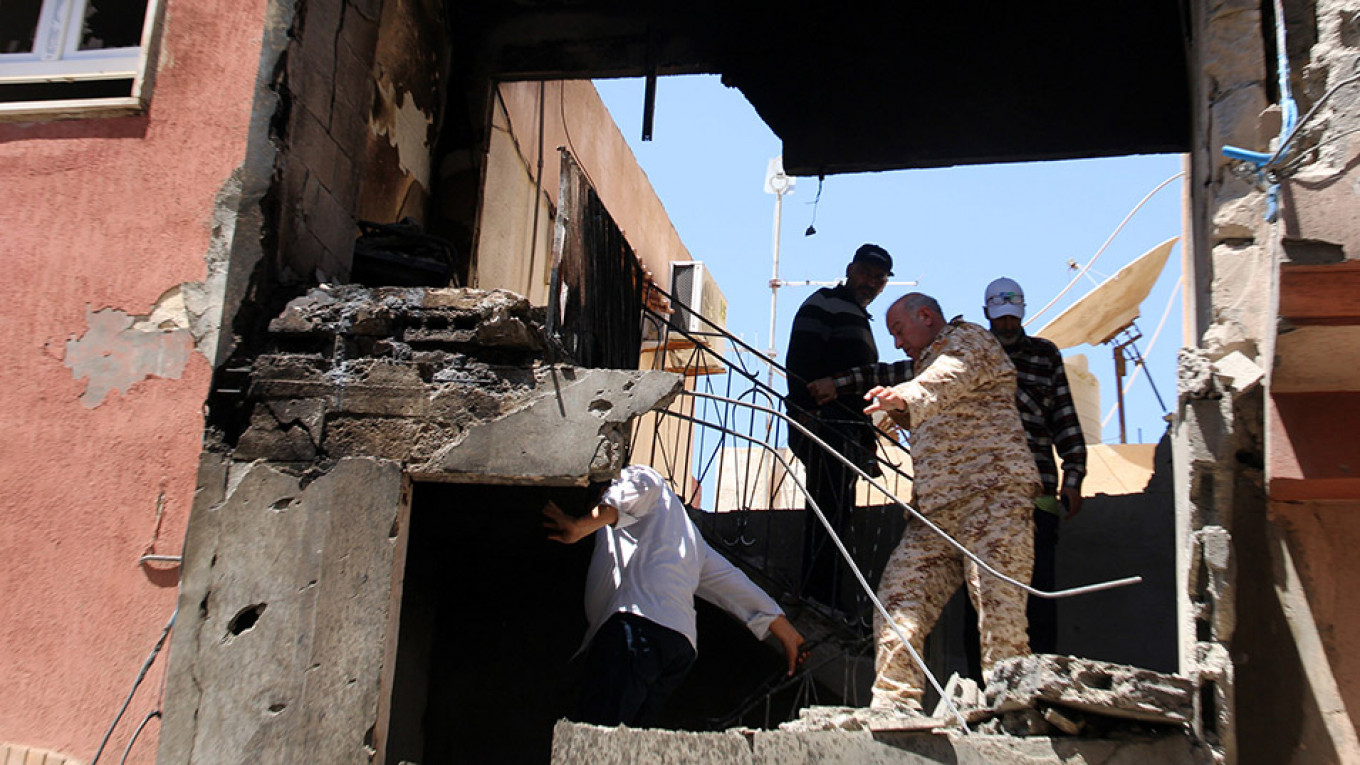 The United States and Russia both said on Thursday they could not support a United Nations Security Council resolution calling for a ceasefire in Libya at this time, diplomats said, as mortar bombs crashed down on a suburb of the Libyan capital, Tripoli.

Russia objects to the British-drafted resolution blaming eastern Libyan commander Khalifa Haftar for the latest flare-up in violence when his Libyan National Army (LNA) advanced to the outskirts of Tripoli earlier this month, diplomats said.

The United States gave no reason for its position on the draft resolution, which would also call on countries with influence over the warring parties to ensure compliance and for unconditional humanitarian aid access in Libya, which has been gripped by anarchy since Muammar Gaddafi was toppled in 2011.

The United States’ UN mission declined to comment and the Russian U.N. mission did not immediately respond to a request for comment.

A resolution needs nine votes in favor and no vetoes by the United States, Britain, France, Russia or China — the so-called permanent five — to pass. It was not immediately clear if Britain would persist with negotiations on a draft next week.

The United States and Russia made their positions clear during a closed-door council briefing by UN Libya envoy Ghassan Salame, who diplomats said appealed for a ceasefire, warning that weapons were pouring into the country and it was heading toward a serious humanitarian situation.

The U.S. reluctance to support Security Council action is in contrast to Washington’s earlier public opposition to Haftar’s offensive, which began while UN Secretary-General Antonio Guterres was visiting Tripoli.

Some UN diplomats have suggested the United States might be trying to buy time as President Donald Trump’s administration works out how to deal with the latest developments in Libya.

“I think there are a range of views in Washington on the policy side and they haven’t reconciled them and they’re not entirely certain where the president is on it,” said a senior UN diplomat, speaking on condition of anonymity.

“The American system is trying to evaluate all the scenarios and work out which one is in America’s best interest and just hasn’t done that yet,” the diplomat said.

A united Security Council informally expressed concern on April 5, calling on all forces to de-escalate and halt military activity and specifically calling out the LNA.

In the following days, the council was unable, however, to issue a more formal statement, diplomats said, as Russia objected to a reference to the LNA, while the United States said it could not agree to a text that did not mention Haftar’s forces.

U.S. Secretary of State Mike Pompeo then said in a statement on April 7 that “we have made clear that we oppose the military offensive by Khalifa Haftar’s forces and urge the immediate halt to these military operations against the Libyan capital.”

Haftar enjoys the backing of Egypt, the United Arab Emirates and Saudi Arabia, which view him as an anchor to restore stability and combat Islamist militants, while most Western powers have supported Serraj.

French Foreign Minister Jean-Yves Le Drian spoke with Pompeo about Libya on Thursday and both agreed on the need for a “rapid” ceasefire and return to the U.N-led political process, the French foreign ministry said in a statement. Paris has given Haftar support in the past.