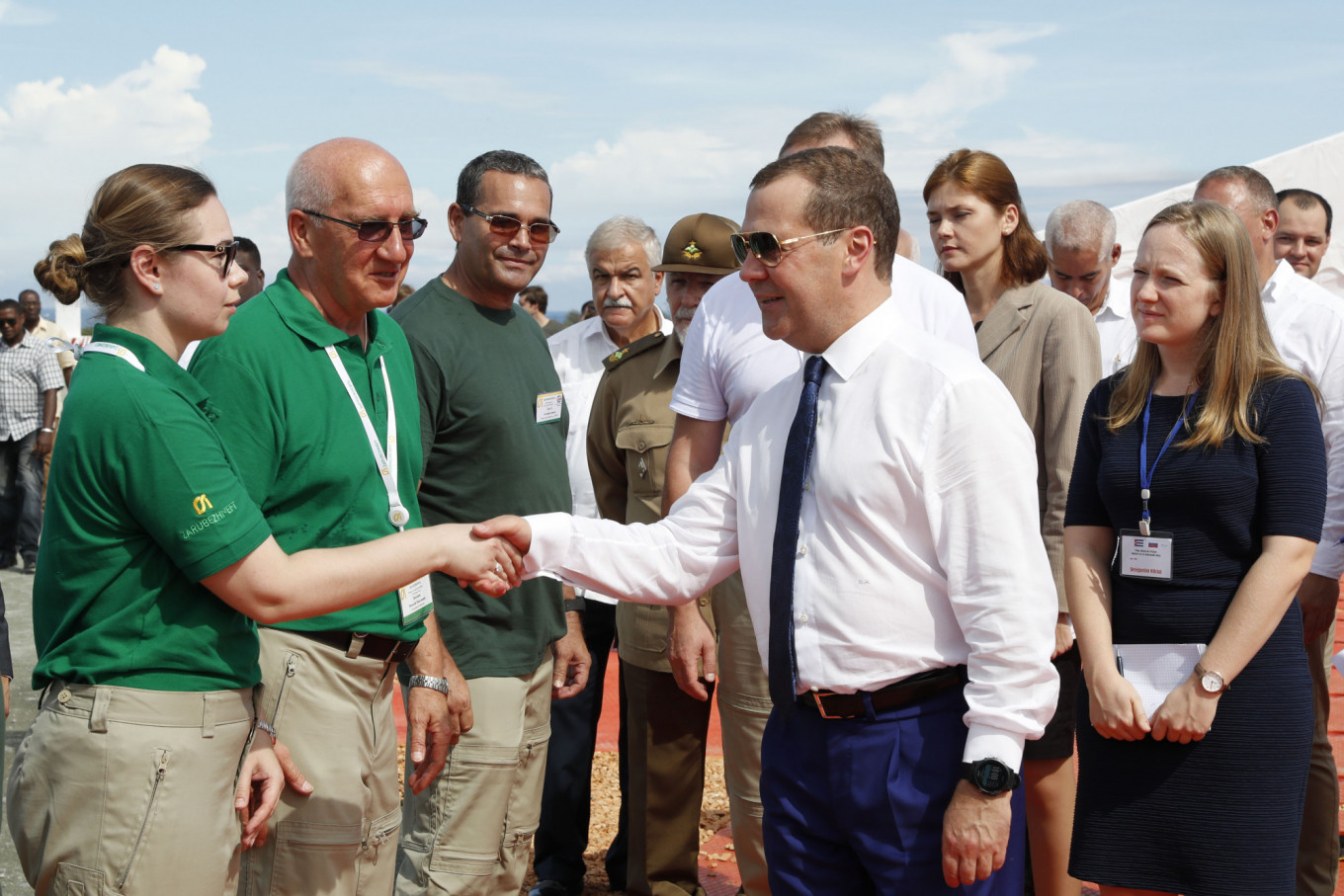 Medvedev pledged to help develop Cuba’s energy sector during a visit to the island this week, but did not announce any short-term measures to provide relief for the island from crippling fuel shortages in the wake of tougher U.S. sanctions.

A flotilla of shipments from Venezuela gave Cuba some respite this week. But the support from two of its closest allies looks unlikely to resolve Cuba’s pressing fuel problems, which have seen the government extend many of the energy-saving measures it has introduced over the past month.

“I think we will find other ways to help Cuba get oil and petroleum products,” Medvedev told Rossiya 1 TV when asked if Russian ships could escort oil tankers to Cuba.

“We discussed this today and agreed that we would draft a work plan for energy supplies to Cuba, bearing in mind conventional energy sources, hydrocarbons, and maybe some other available avenues,” he said.

Havana said on Sept. 11 that it had not secured sufficient shipments of refined fuels such as gasoline and diesel for the rest of the month due to sanctions imposed by the United States in retaliation for its support for Venezuelan President Nicolas Maduro.

Cuba’s oil production currently meets an estimated 40% of its needs. Nearly all the rest has been supplied by Venezuela for years under a barter agreement for medical services.

During the talks held as part of his visit, Cuba said that it would pay all its outstanding debts to Moscow, Medvedev said.

“The Soviet Union is no longer there, and Cuba is changing, and there’s no question about any free help which would then have to be written off. All our relations are very pragmatic,” the Russian Prime Minister said.

“Although they are friendly in nature and based on a historical past, they are nevertheless relations between modern states. They should be mutually beneficial.”

Russia and Cuba have signed an agreement to renovate Cuba’s railway system and are also discussing the sale of Russian airplanes to Cuba, Medvedev said, adding that Russia, the world’s largest wheat exporter, could deliver wheat to Cuba if needed.

“Oil deliveries may be cut off, but if the United States makes a decision to ban food supplies or to put them under control, this is no laughing matter.”