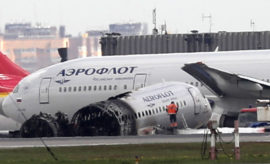 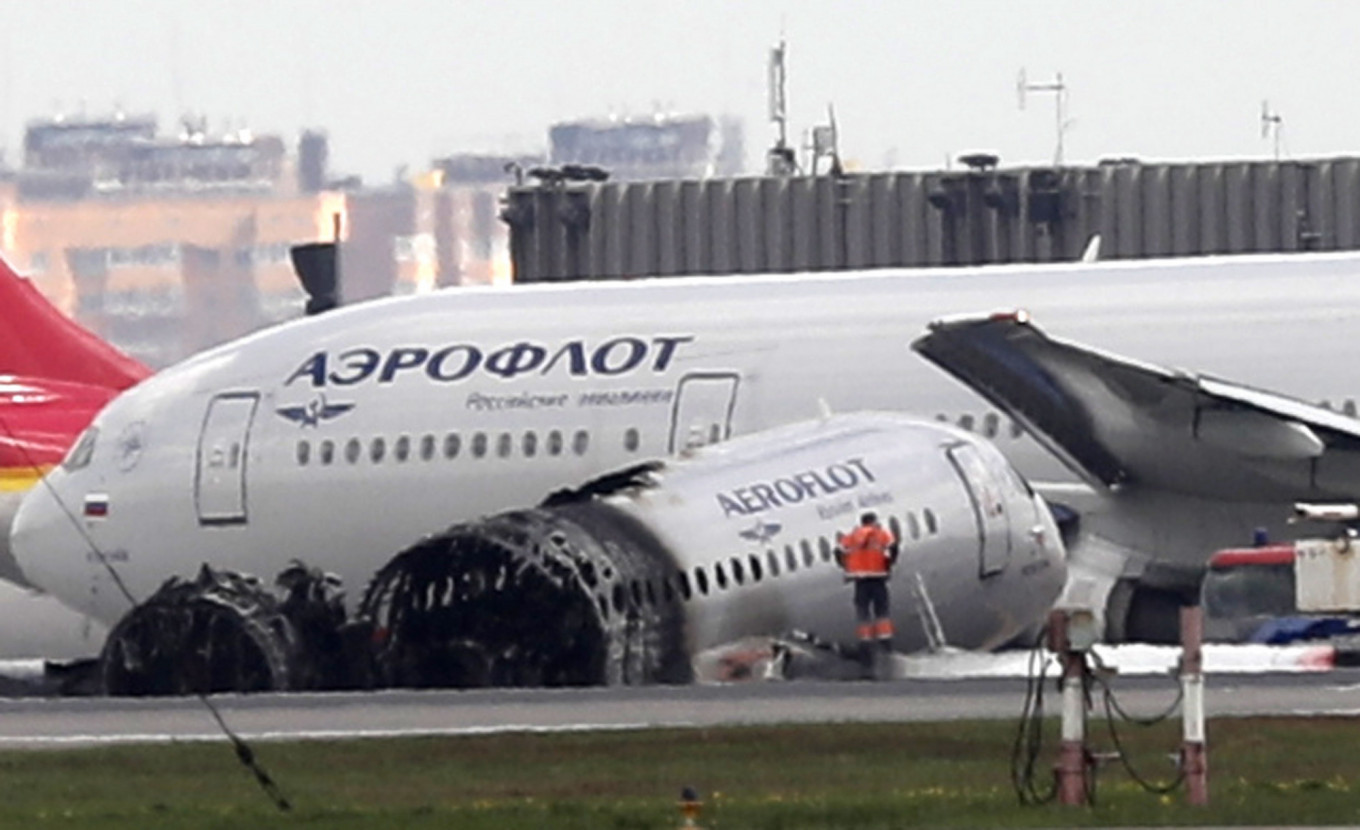 Staff at a Moscow airport scrambled fire crews one minute after a malfunctioning passenger jet crash-landed on Sunday, raising questions among some senior Russian aviation industry figures about whether the staff acted quickly enough.

The speed of the response to the emergency, in which 41 people were killed in an intense blaze, has come into focus because the aircraft, which had signaled technical problems prior to landing, stood on the runway for just under two minutes before the first fire truck started tackling the flames.

Alexander Zhuravkov, head of the committee for emergency situations of Russian airport industry association “Aeroport,” said fire crews arrived within the maximum time after the alert was raised, as set out in domestic regulations and international standards.

“The question, though, is why the alert was raised after the landing, and not before, in a timely fashion, since there was an expected landing underway of an aircraft with an emergency situation on board,” Zhuravkov told Reuters.

According to a timeline of the incident released late on Tuesday by Moscow’s Sheremetyevo airport, staff on the ground knew minutes before the landing that the plane’s main radio communication system and autopilot were knocked out.

According to flight-tracking service flightradar24.com, the plane had also issued a distress signal prior to landing denoting an emergency.

Under airport rules, those warnings do not automatically trigger mobilization of fire crews.

The Investigative Committee, the state body investigating the crash, did not immediately respond to a request for comment.

Ilona Borisova, head of the Sheremetyevo branch of the flight attendants’ trade union, said that the evidence available to staff on the ground before the landing, taken together, should have prompted pre-emptive action.

“I’m worried that they did not take a holistic approach to the issue,” said Borisova, referring to how officials on the ground interpreted the distress signals from the plane.

“If potentially someone is in a tricky situation and there is no communication with him…That means probably that logic dictates you need to undertake some kind of pre-emptive measures,” she added. Borisova said that meant fire crews being positioned to wait for the plane to land.

The Sukhoi jet took off on Sunday evening from Sheremetyevo airport with 78 passengers and crew on board then turned back and asked to land.

It made an emergency landing at 6:30 p.m., hit the tarmac hard and caught fire, leaving a trail of burning fuel behind it as it skidded down the runway.

Airport fire crews were despatched one minute after the plane landed, according to the timeline, and an account given to reporters by Russian Transport Minister Yevgeny Ditrikh.

Video footage showed that the first fire unit trained its hose on the plane just under one minute later. By then some people on board had escaped via emergency chutes but the back half of the fuselage was engulfed in intense flames.

Before then, the plane had transmitted multiple warnings of technical problems, according to Sheremetyevo airport, which said its timeline was based on data from its operating systems and radio logs.

At 6:12, the captain told air traffic control that he was coming back in to land because of a failure of radio communication. Most planes have a backup system for communication in the event of emergency.

At 6:13, the captain repeated he was coming back in to land and said the plane’s autopilot system had also failed.

The head of air traffic control reported at 6:14 to the duty head of the airport that the plane was coming back to land because of a failure of communications and the autopilot system.

Apparently quoting from the exchange between the two people on the ground, the timeline said: “According to the pilot’s report, the approach and landing of the aircraft are taking place as standard.”

In parallel, the plane’s transponders were sending codes about the same technical problems, according to flightradar24.com.

At 6:31, the head of air traffic control announced an alarm. That, said three industry insiders who spoke to Reuters, is the signal for fire crews to mobilize.

According to the airport’s timeline, the crew did not issue a “Mayday” call, which, Russian civil aviation experts said, would require an automatic mobilization of fire crews.

The 7700 emergency signal could prompt a mobilization of fire crews, but that is not automatic, said Sergei Kovalyov, head of Russia‘s air traffic controllers’ trade union.

“The 7700 signal should appear on the (air traffic controller’s) monitor. If the controller sees it, he should clarify, should ask: ‘Have you not declared a distress call?’ The button could have been pressed by mistake,” said Kovalyov.

Reuters could not establish whether the controllers sought or received this clarification. “The controllers acted in line with their professional instructions,” Kovalyov said.