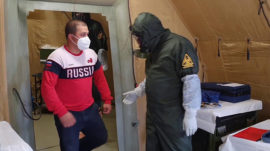 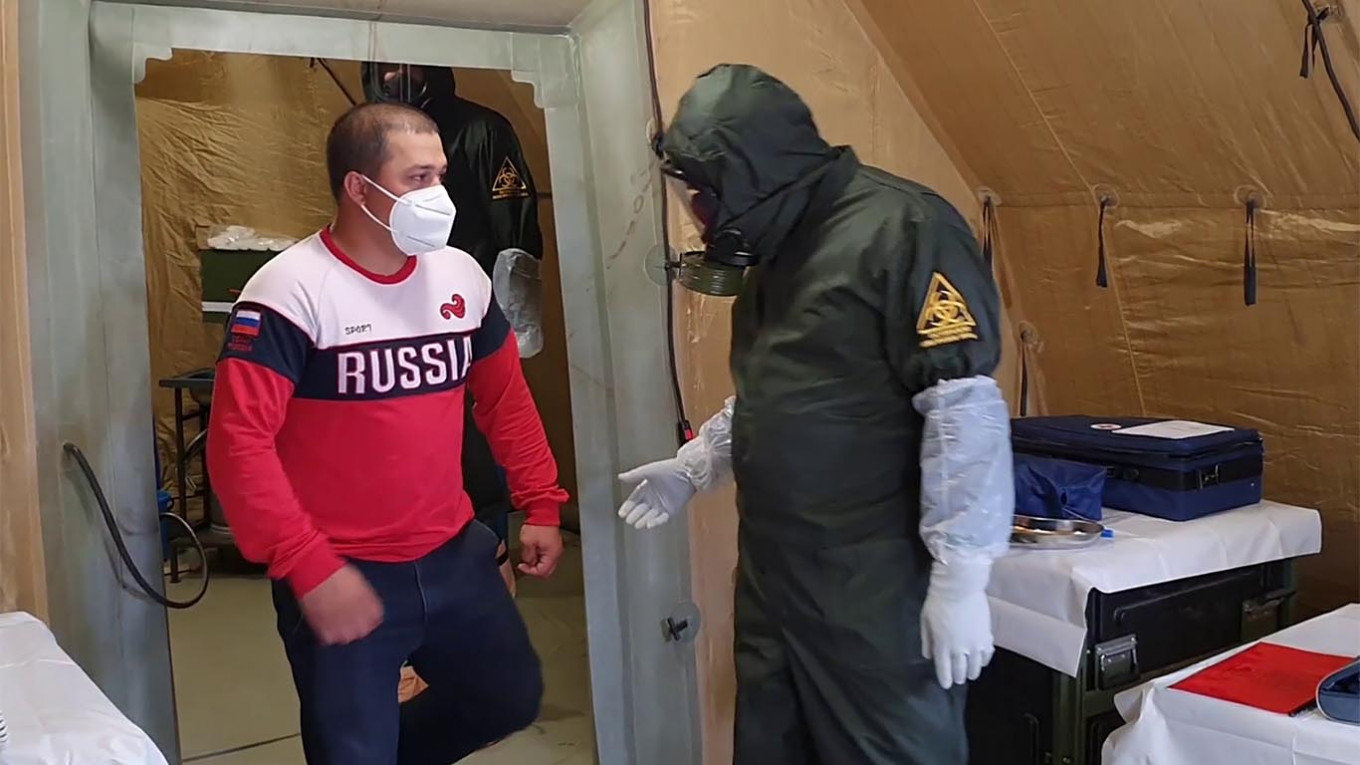 The Russian military announced Wednesday it had opened a field hospital in the North Caucasus region of Dagestan where authorities are struggling to contain a coronavirus outbreak.

Army doctors built a 100-bed facility in Botlikh village and “medical staff are ready to receive and treat patients,” the Defense Ministry said in a statement.

The top cleric in the majority-Muslim region last week described the virus crisis in Dagestan as a “catastrophe” and begged the Kremlin to intervene.

The military said it had dispatched 135 servicemen, including 72 medical specialists, to fight the pandemic in Dagestan on Putin’s orders.

Earlier this week, the army set up the first 100-bed field hospital in the town of Buinaksk, 100 kilometers east of Botlikh.

The Defense Ministry said Wednesday it has supplied Dagestan with 20,000 virus test kits that are being used in the field hospitals.

These are among “the fastest and most accurate” in the world, showing results within 30 minutes, it said.

The military said it sent the same tests to Italy at the height of the pandemic there as part of an aid program that critics said was a PR stunt aimed at improving Russia’s global standing.

“I’ve seen here in Botlikh what I’ve seen in modern medical centers in Moscow and other large Russian cities,” he said.

“There’s everything you need here.”

Dagestan on Wednesday registered an additional 161 coronavirus infections over the last 24 hours, bringing the region’s total cases to 4,455 and 130 deaths, according to a government tally.

Yet the region’s health minister, Dzhamaludin Gadzhiibragimov, said earlier this month that up to 657 people had died of pneumonia, including 40 medics, raising fears that officials were under reporting virus deaths.

Medics working in Dagestan told AFP last week they were overwhelmed by the number of patients, while the lack of medical supplies had left people in the region feeling abandoned.

Putin said Tuesday the peak of the pandemic had passed in Russia and official figures Wednesday showed a decrease in active cases for the second day in a row.

With 370,680 total infections, Russia has the third-highest number of cases after the United States and Brazil, which officials say is due in large part to a massive testing campaign.