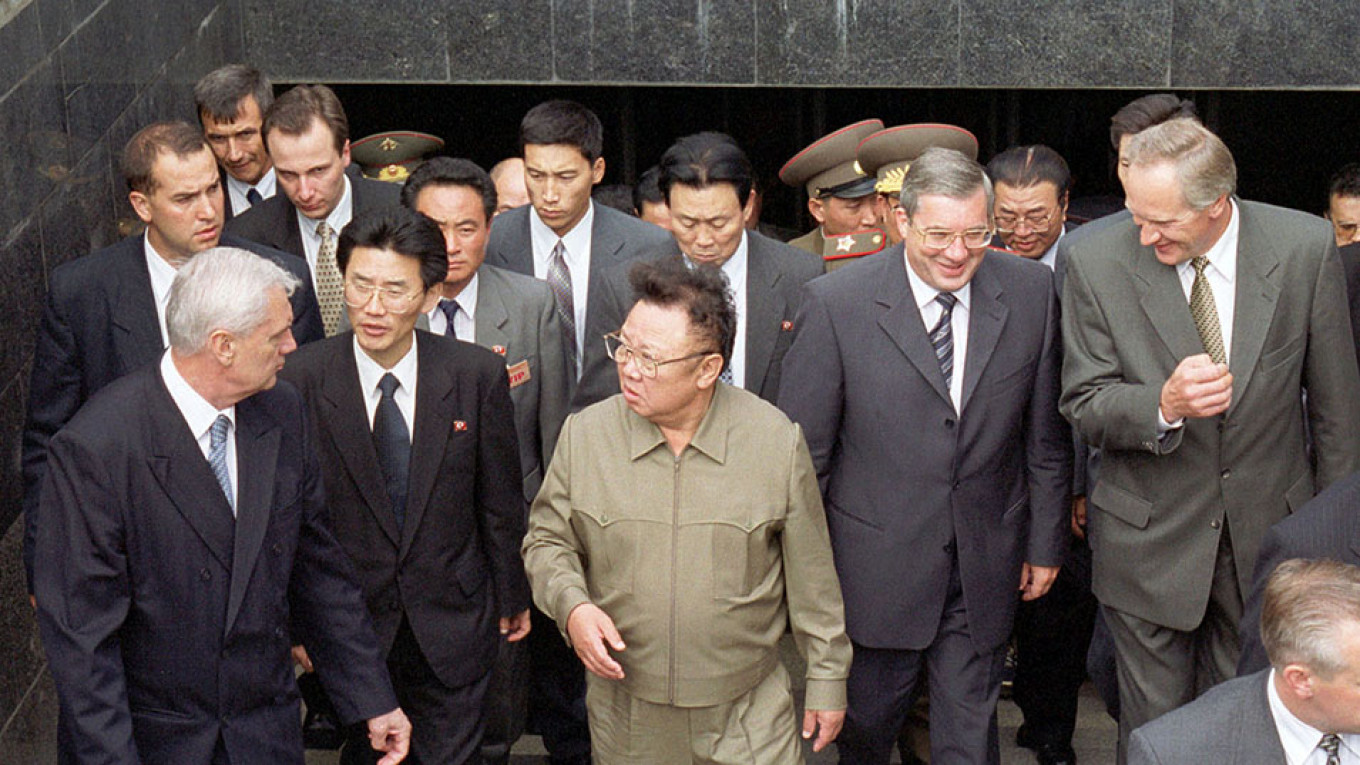 Kim, who led the secretive state until his death in 2011, visited the Russian city on Aug. 11, 2001, after talks with President Vladimir Putin in Moscow. A youth talent foundation marked Kim’s visit with the plaque ahead of Novosibirsk conservatory students’ trip to North Korea on Friday.

Kim’s visit to Novosibirsk “was an unconventional event in the life of the city,” said Novosibirsk Mayor Anatoly Lokot.

“We supported the initiative to install the plaque at the Novosibirsk metro to record this date in the history of Novosibirsk,” Lokot said at the opening.

He also highlighted Novosibirsk native Yakov Novichenko, who in 1946 saved Kim’s father and the first leader of North Korea, Kim Il Sung, by flinging himself on a thrown grenade in Pyongyang.

A senior North Korean diplomat who attended the ceremony called the plaque’s installation “a key moment in the glorification of our leader’s accomplishments in developing Korean-Russian relations.”