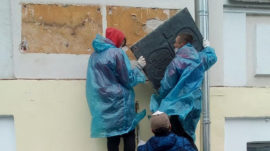 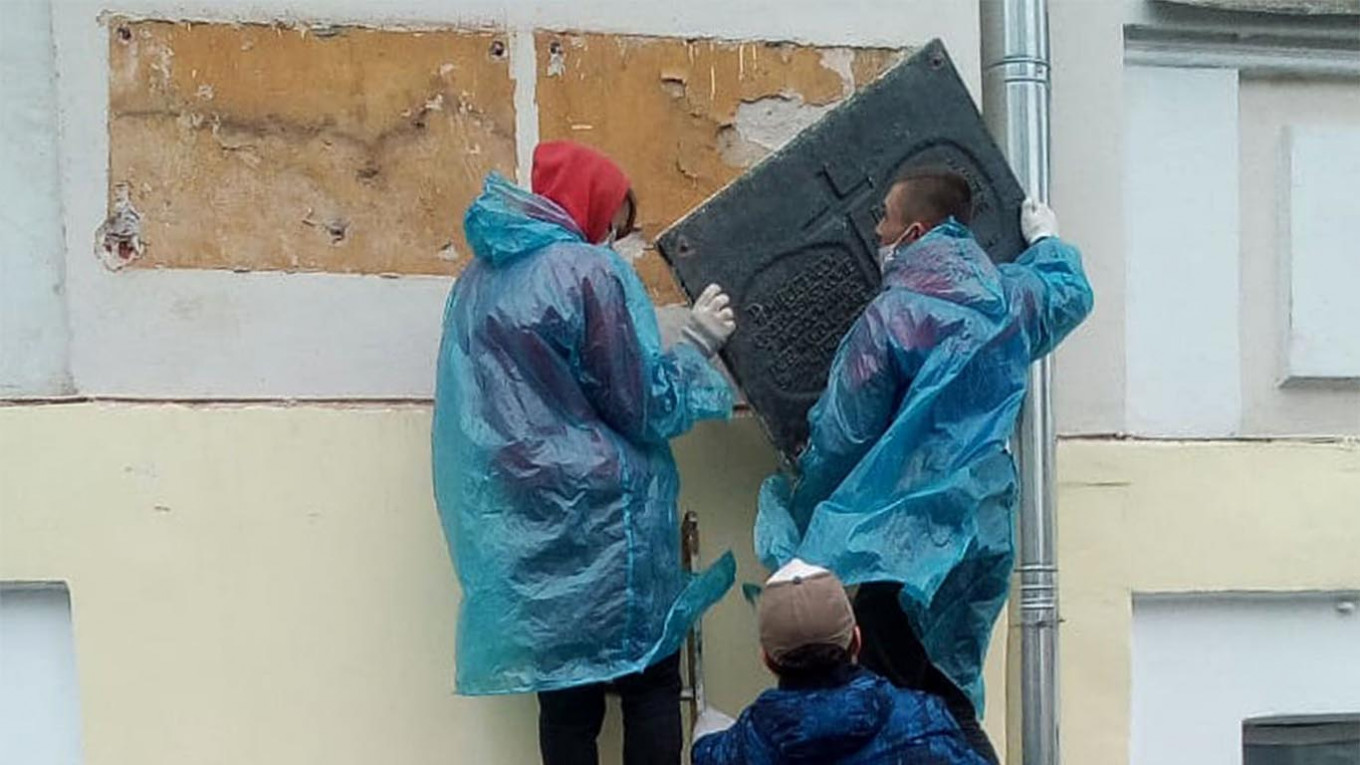 Russian activists on Thursday removed two plaques memorializing the Stalinist executions of thousands of Polish prisoners of war 80 years ago, following orders from local authorities who claimed there is no evidence of the crimes.

Prosecutors in the city of Tver, in an October 2019 order to remove the plaques from the former Soviet secret police building, said their inscriptions were “not based on documented facts.” The Soviet Union in 1990 took responsibility for the 1940 murders of nearly 22,000 Polish officers — including 6,000 in the NKVD secret police building’s basement in Tver northwest of Moscow — in what became known as the Katyn massacre.

“This is a historic event,” Maxim Kormushkin, an activist with the pro-Kremlin National Liberation Movement (NOD) who helped take down the plaques, told local television.

The activist vowed to take “good care” of the plaques (one is dedicated to the memory of those tortured in the NKVD prison in 1930-50; the other issues a “warning to the world” with a dedication to the Polish POWs killed in a nearby village) until its owners or others claim it.

Poland’s Institute of National Remembrance, a government agency tasked with investigating crimes against the Polish nation, accused Russia of “a new wave of hypocrisy about the Katyn massacre.”

“Such practices mean that today’s Russian state is following in the footsteps of propaganda manipulation and crimes of Soviet Stalinist totalitarianism,” Poland said in a statement Friday.

Alexander Guryanov, the Polish program coordinator at Russia’s Memorial Human Rights Center which installed the plaques in the early 1990s, said their removals have “no legal basis.”

The State Duma, Russia’s lower house of parliament, directly blamed Soviet leader Josef Stalin for the massacre for the first time in 2010.

Under President Vladimir Putin, Russia has been accused of downplaying Stalin’s crimes while promoting his legacy.