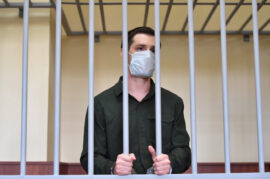 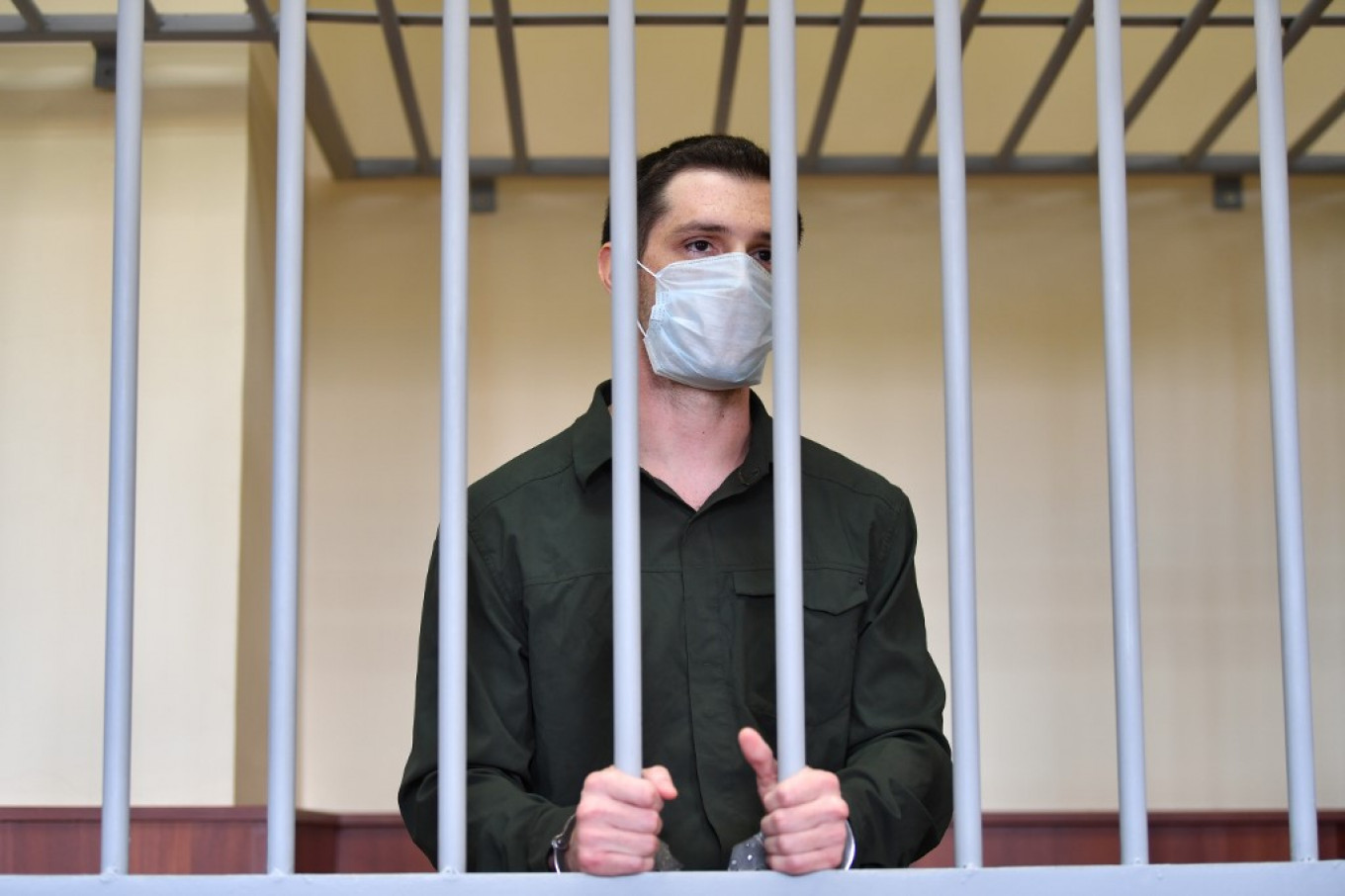 His conviction follows the high-profile trial of another former U.S. marine, Paul Whelan, last month on espionage charges in a case that has fueled speculation of a prisoner exchange with the United States.

The U.S. ambassador to Russia, John Sullivan, condemned the sentencing of 29-year-old Reed as “theatre of the absurd.”

Reed, a student and former marine from Texas, allegedly attacked police after attending a party in Moscow last year.

While being driven to a police station, he purportedly grabbed the arm of a police officer, causing the car they were in to swerve, and elbowed another officer in the abdomen.

Reed appeared wearing a facemask in a cage for defendants in a courtroom in the Russian capital as the judge read out the guilty verdict, saying the police officers had suffered “mental and physical harm.”

The court ruled that Reed’s “state of intoxication” had played a decisive role in the incident and sentenced him to nine years in a penal colony, said an AFP reporter in the courtroom.

Reed denounced the verdict as “completely political” and vowed to appeal to the US government for political support.

Reed’s girlfriend Alina Tsybulnik burst into tears after the judge read out the verdict and shouted “Are you serious?” before police carried her out of the courtroom.

“This is the image of Russia,” she shouted.

“Today, U.S. citizen Trevor Reed was convicted and sentenced to nine years in a Russian prison based on evidence so ridiculous that even the judge laughed in court,” Sullivan was quoted by the embassy as saying.

“This was theatre of the absurd,” he said on Twitter.

Reed has been held in a Moscow prison in pre-trial detention since August 2019. He pleaded not guilty to the charges, saying he remembers nothing of the incident.

His family raised the alarm over what they said were irregularities in the proceedings and described the prosecution’s request for a nearly 10-year sentence as unfair.

“Our attorneys said they have never seen an investigation with so many changing stories, questionable documents, denied requests,” the family said ahead of the verdict.

Joey Reed was present in the courtroom Thursday and told reporters after the ruling that he was planning to appeal directly to Russian President Vladimir Putin over the trial, which he said was “completely corrupt.”

Reed’s case has attracted attention because of the lengthy sentence faced by Whelan and suggestions in Russian and U.S. media that Reed could become part of a prisoner swap.

Russia sentenced Whelan to 16 years in a penal colony for espionage.

Whelan’s brother David said in a statement on Wednesday that “our family is not privy to government discussions, if there are any, about Paul’s case.”

His lawyer said the ex-marine, who also holds Irish, Canadian and British citizenship, decided not to appeal the conviction to speed up a possible swap.

He has said his client could be exchanged for Russian prisoners in the U.S. — arms dealer Viktor Bout and pilot Konstantin Yaroshenko detained for drug trafficking.

U.S. diplomats have also raised concerns over the case against Michael Calvey, a high-profile American investor who was arrested last year for allegedly defrauding a Russian bank.