Russian Doctors Count Their Own Dead From Coronavirus 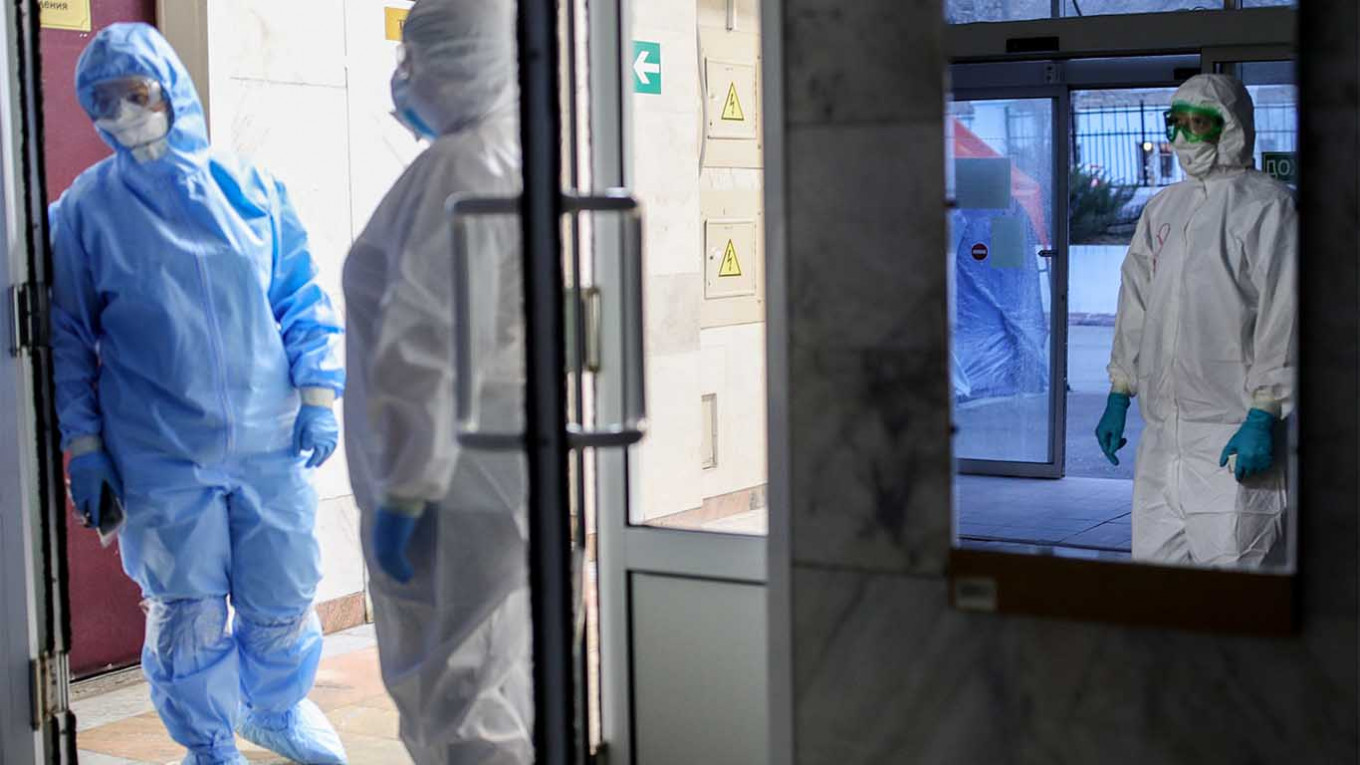 Russian doctors mistrustful of official coronavirus data have launched an unofficial list of their colleagues who have died from the virus.

The news comes as a growing number of hospitals across Russia have reported Covid-19 outbreaks among doctors and patients in recent weeks.

At least 69 Russian doctors have died from coronavirus-related complications as of Monday afternoon, according to the unofficial tally.

“Some have been infected during work, others haven’t,” anesthesiologist and ICU physician Vladimir Budyansky wrote Friday in a Facebook group he moderates called Medical Emergencies.

“Why should doctors keep a list of their own? Very simple: they don’t trust statistics,” the MBKh Media news website quoted neurosurgeon Alexei Kashcheyev as saying Sunday.

“They know what [Covid-19] looks like, so they won’t believe what the ministries tell them. They’ll maintain the list themselves,” Kashcheyev was quoted as saying.

The list names 22 Moscow doctors and 12 Moscow region medical professionals who have succumbed to the virus. The Russian capital and its surrounding region, with a combined population of more than 20 million, are the two Russian territories hit hardest by Covid-19, with 55,059 total cases as of Monday.

Russia has officially confirmed 794 deaths from the virus nationwide. It has reported 87,147 coronavirus infections as of Monday, surpassing China to become the world’s ninth most-affected country amid the pandemic.