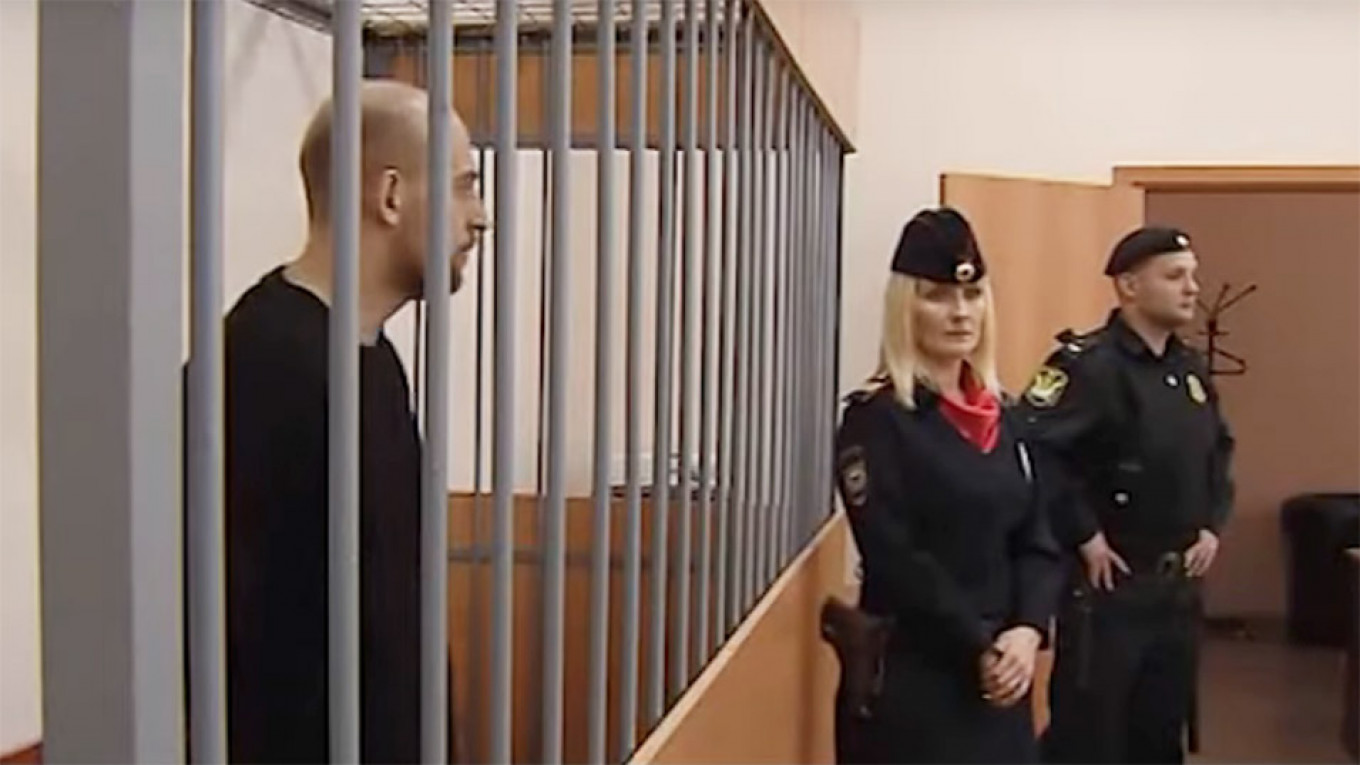 A Russian football fan has been sentenced to one year in prison for punching a riot police officer in a brawl involving ultras at St. Petersburg’s Gazprom Arena earlier this year.

Riot police charged a crowd of football fans outside the stadium during halftime of an Aug. 3 Russian Premier League match between FC Zenit St. Petersburg and FC Krasnodar. The conflict reportedly started when fans began to dismantle makeshift security fences placed around the entrance to their section of the stadium. Video footage of the incident shows several Zenit fans punching and kicking the officers, who attack them with batons.

A St. Petersburg court sentenced football fan Denis Pervachuk to one year in an open prison on Monday for using violence against a police officer in violation of Article 318 of Russia’s Criminal Code.

The court ruled that the suspect had “inflicted no less than one blow with his hand to the left side of [the officer’s] face.”

Pervachuk admitted his guilt in court. Three other football fans are currently awaiting trial on the same charges.

Russian Football Hooligans Clash on Moscow Streets Ahead of Derby

Meanwhile, several people who participated in anti-government protests in Moscow this summer have been charged with multi-year prison terms under the same article.

One of the protesters who was charged, Yevgeny Kovalenko, was sentenced to three and a half years in prison for reportedly throwing a trash can at a riot police officer.