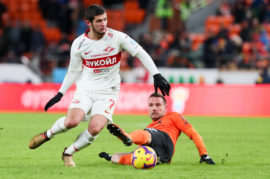 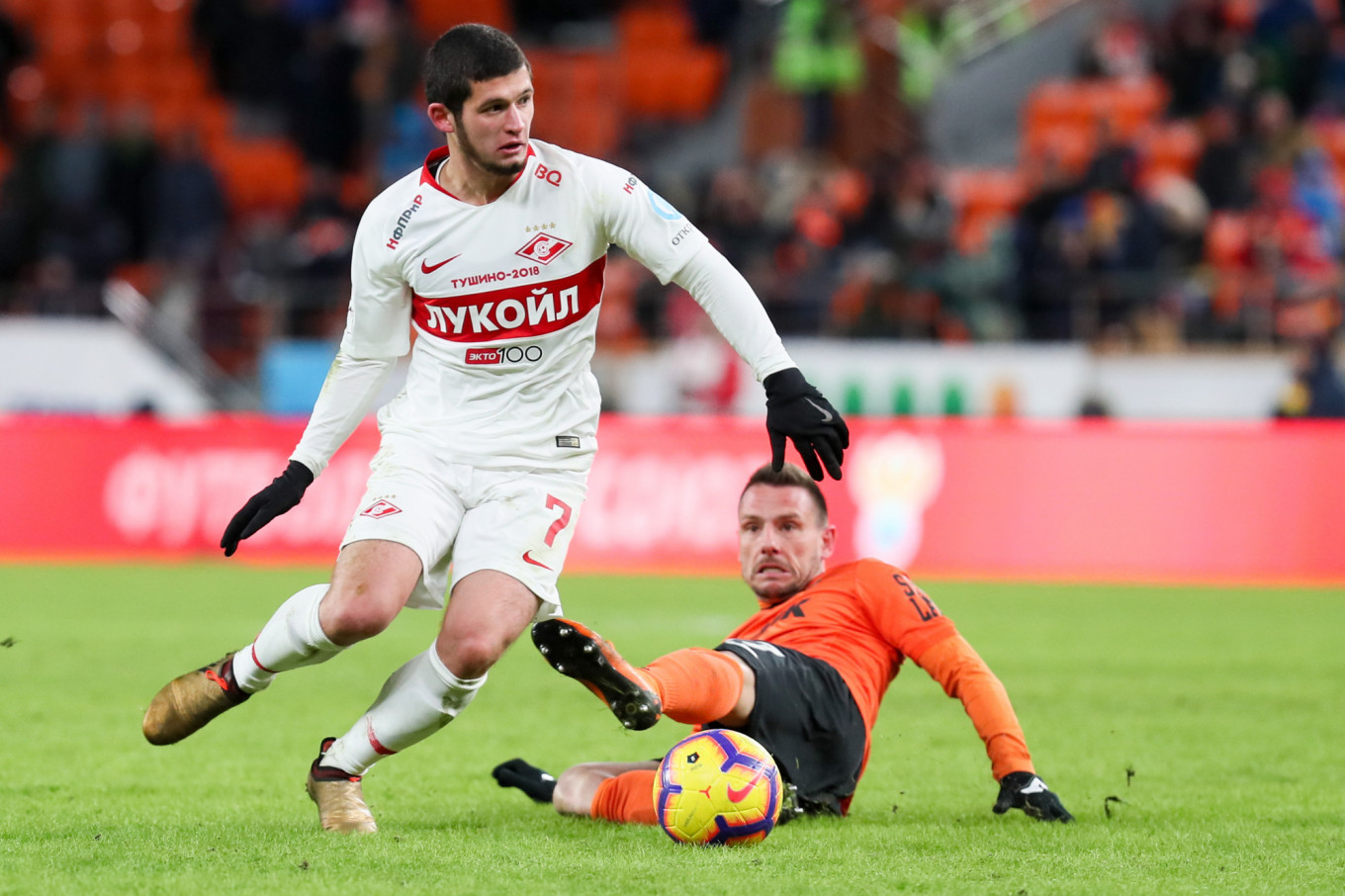 A star Russian football player has sparked national outrage this week after stepping out of his Mercedes at a traffic light to beat up a pedestrian who had bumped against his car.

The victim is reportedly a U.S. citizen who is working as a translator in Russia’s capital.

The incident took place in the aftermath of a scandal involving two other Russian footballers — Alexander Kokorin and Pavel Mamaev — who are currently on trial for assaulting a man in a cafe and hitting him over the head with a chair while making comments about his Asian appearance.

As seen in a video posted online, one of the pedestrians, who media identified as Michael Coe John Eli, brushed up against the moving Mercedes — after which Guliyev jumped out of the car, chased after him and hit repeatedly from behind.

Guliyev reportedly later told police that Eli had caused the fight because he had “hit” the car first.

Eli, whose nose was fractured and bloodied during the altercation, refused to go to the hospital, Moskovsky Komsomolets reported. He and Guliyev drove to the police station together, where Guliyev, perhaps remembering Kokorin and Mamaev’s trial, apologized and offered to pay the American’s medical fees.

While police took the footballer’s driver’s license away, Eli reportedly pressed no charges.

Guliyev’s Mercedes has been involved in more than 200 traffic incidents, mostly involving speeding, since it was purchased late last year, according to the tabloid.

The footballer issued a public apology on Spartak’s website on Friday.

“I acted aggressively and admit my guilt,” he was cited as saying, before extending his apology to the victim, his football club and its fans.