Russian Historian Goes on Trial for Chopping Up Lover 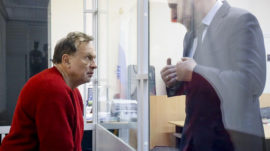 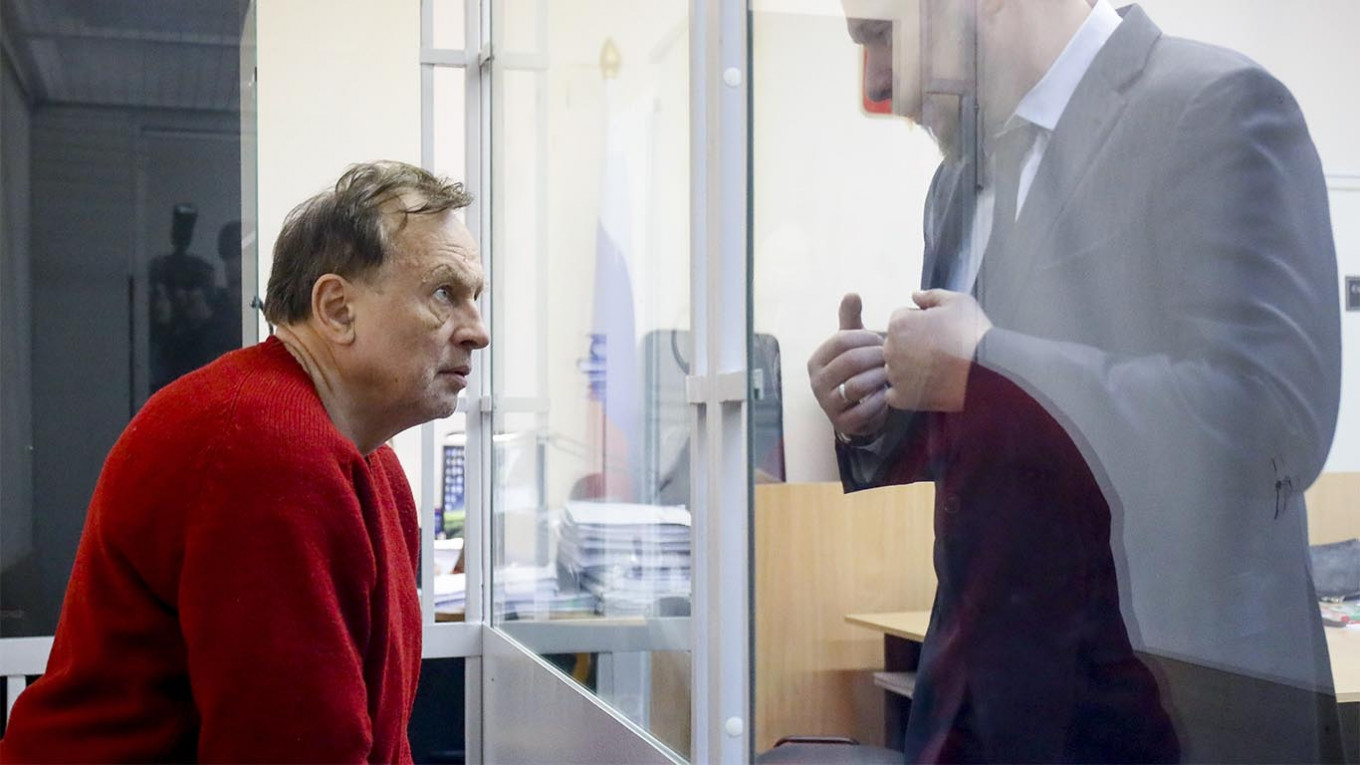 The trial of a decorated Russian historian accused of murdering and dismembering his young lover began Tuesday in a case that has fueled intense debate in Russia over domestic violence.

Oleg Sokolov, a history lecturer who received France’s Legion d’Honneur from Jacques Chirac in 2003, was arrested last year on suspicion of murder after he was hauled out of the freezing Moika River in St. Petersburg drunk with a backpack containing a woman’s arms.

He confessed in November to murdering and dismembering his 24-year-old ex-student and lover Anastasia Yeshchenko and was placed in pre-trial detention.

Calls had arisen at the same time for an investigation into his alleged abuse of women students.

On Tuesday, he appeared in a St. Petersburg court behind a glass cage, wearing a face mask and blue surgical gloves.

His lawyer Alexander Pochuyev said ahead of the hearing that Sokolov was in good physical condition but added that his psychological state was “of course difficult.”

“He repents,” the lawyer told AFP.

The hearing was adjourned until Monday after lawyers said a new recording had emerged and they needed time to examine it.

Pochuyev implied that Yeshchenko may have provoked his client, saying a “traumatic situation” had preceded the tragedy.

Sokolov broke down during a hearing in November, saying he was “devastated” by what happened.

He had lived with the victim for several years and initially tried to blame her for the murder, saying she attacked him with a knife during a heated argument.

The murder trial has injected new urgency into a debate over punishment for domestic violence in Russia, where some 16.5 million women fall victim every year to abuse from family or partners.

Putin decriminalized some forms of domestic violence in 2017, and most abusers get away with a fine.

Advocates say that a lack of legislation, a shortage of shelters nationwide and police who are unresponsive to appeals for help have left Russian women unprotected.

Reports of domestic violence spiked during a nationwide lockdown to stop the spread of the coronavirus, and activists said their pleas for greater government protections went unheeded.

Moscow lawyer and women’s rights activist Alyona Popova said last year that Sokolov had been shielded by the country’s “rotten system,” adding the murder could have been avoided.

After disposing of the corpse he reportedly planned to commit suicide at the Peter and Paul Fortress, one of the former imperial capital’s most famous landmarks, dressed as Napoleon.

Many of his students expressed dismay over the killing, saying Sokolov had long been known for his aggressive behavior but complaints over his past conduct were ignored.

One student accused university management of “hushing up” Sokolov’s behavior.

He also allegedly beat up and threatened to burn and kill another female student in 2008 but was never charged.