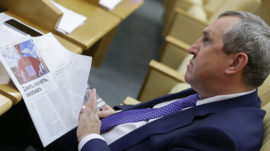 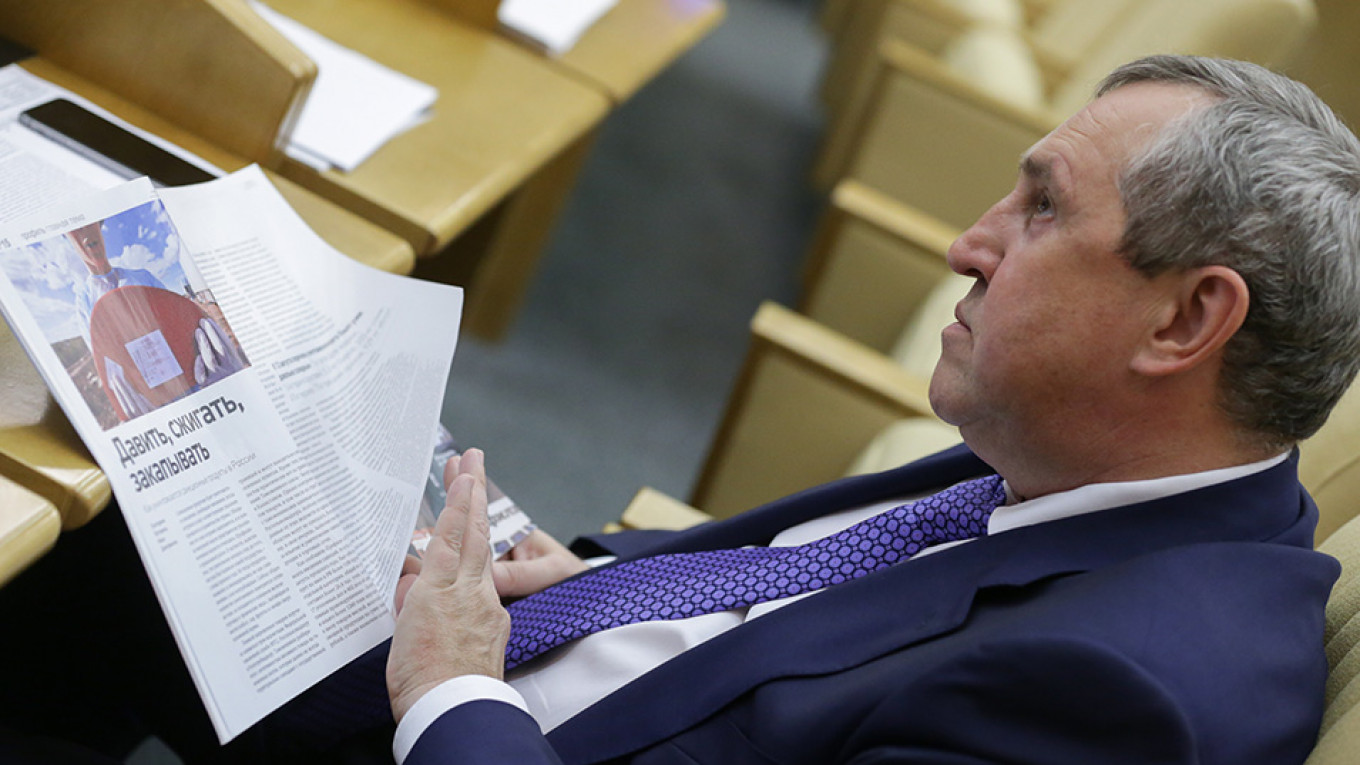 A Russian State Duma deputy from a small opposition party has been detained on suspicion of accepting 3.2 billion rubles ($49 million) in cooperation with a former governor.

Vadim Belousov, 58, had been deprived of official immunity in December in connection with a bribery investigation into fugitive ex-Chelyabinsk region governor Mikhail Yurevich. His detention follows the dramatic arrest of senator Rauf Arashukov on murder charges inside the Federation Council chambers in January.

Authorities in Yekaterinburg detained Belousov when he showed up for questioning, Interfax reported on Friday.

A Yekaterinburg court has rejected federal investigators’ request to place Belousov under arrest on charges of corruption, the state-run TASS news agency reported.

His lawyer told the state-run RIA Novosti news agency that Belousov plans to resume his post when he returns to Moscow.

He is suspected of conspiring with Yurevich and others to accept 3.2 billion rubles from a road-building holding in exchange for favoritism and preferential treatment in auctions, the agency reported. The allegations date back to the 2010-2014 period of Yurevich’s governorship.

Belousov is one of 23 members of the A Just Russia party in the 450-member Duma.

U.S. Asks Russia for Proof Detained Ex-Marine Is a SpyRussia Calls for U.S. Dialogue With North Korea to Continue