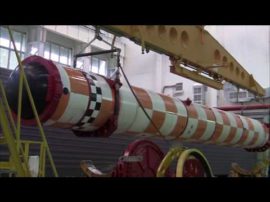 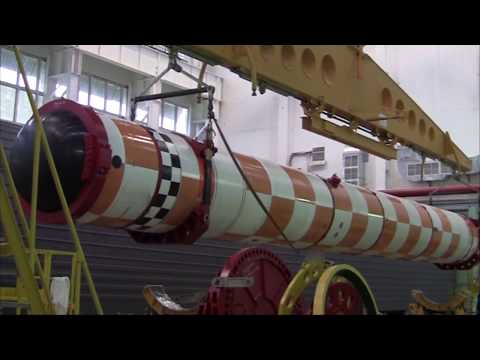 Russia’s Defense Ministry released footage of what it said was a successful test launch of its new submarine drone missile system, hours after President Vladimir Putin said there had been major advancements in the system.

Putin announced the development of a series of new advanced weapons ahead of his re-election in March 2018. Of those, Russia has since deployed the Peresvet laser weapon, continues testing the Burevestnik nuclear-powered cruise missile and nears completion of its unmanned Poseidon nuclear-powered submarine.

In Wednesday’s state-of-the-nation address, Putin said that Poseidon would be ready and deployed this spring.

“Sea trials of the Poseidon unmanned underwater vehicle have been successfully completed. The personnel of the Poseidon submarine carrier has completed training,” Russia’s Defense Minister Sergei Shoigu said in a video posted shortly after Putin’s speech.

Shoigu went on to say that many of the advanced missiles systems announced by the president last year have already entered into operation.

“The main goal of this work is to ensure the military security of this country without increasing the current budget expenditures or joining an arms race,” Shoigu said.

“Our colleagues abroad realize that our developments are hundreds of times cheaper than any systems deployed against us,” he added.