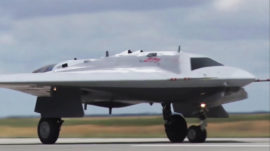 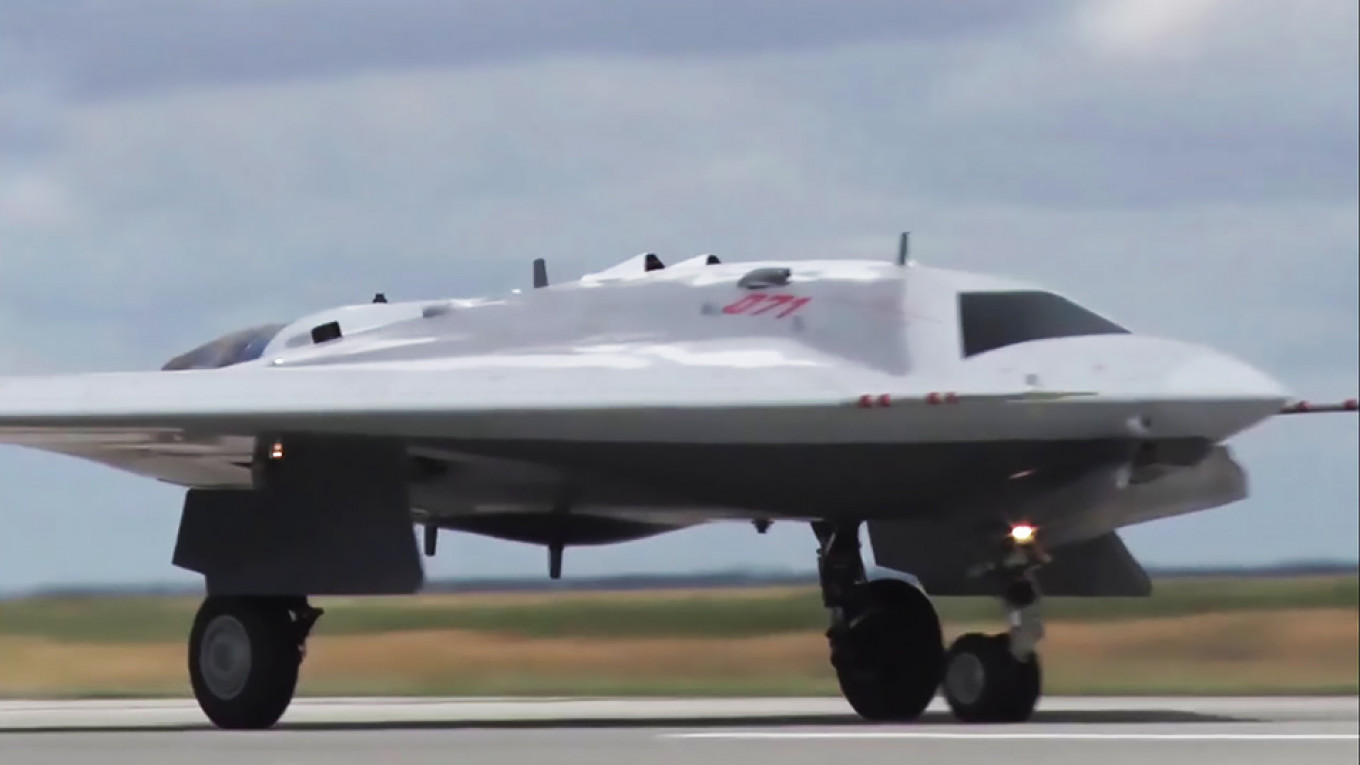 A new Russian military drone equipped with stealth technologies has taken flight for the first time, according to footage published by Russia’s Defense Ministry.

The military said over the weekend the Okhotnik (“Hunter”) combat drone made “several circles” for more than 20 minutes at an altitude of up to 600 meters before landing.

“Tests of the latest weapon system are being carried out at one of the Defense Ministry airfields,” according to Wednesday’s Defense Ministry footage that has been viewed more than half a million times.

The U.S. foreign affairs magazine The National Interest compared the Okhotnik to the U.S. B-2 stealth bomber. The outlet cited satellite imagery in reporting that the drone may be based in southern Russia’s Astrakhan region.

The unmanned aerial vehicle is expected to perform a few more test flights this year, a source in the ministry told the state-run TASS news agency. The UAV is equipped with a jet engine and anti-radar skin coating and can speed up to 1,000 kilometers per hour, according to the Defense Ministry.

The drone’s speed and its weight of up to 20 tons create “a host of aerodynamic, electronic and high-tech issues,” military expert Samuel Bendett told The National Interest.

The drone has been compared to a medium-weight fighter jet with a much longer wingspan and shorter length.

Close-up photos of the Okhotnik appeared online at the start of the year, thought to be taken from November ground tests in Novosibirsk. Analysts say the first images of the Sukhoi design bureau-built unmanned air combat vehicle may have appeared online as early as 2017.