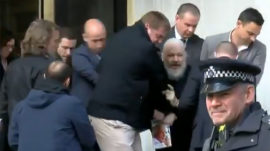 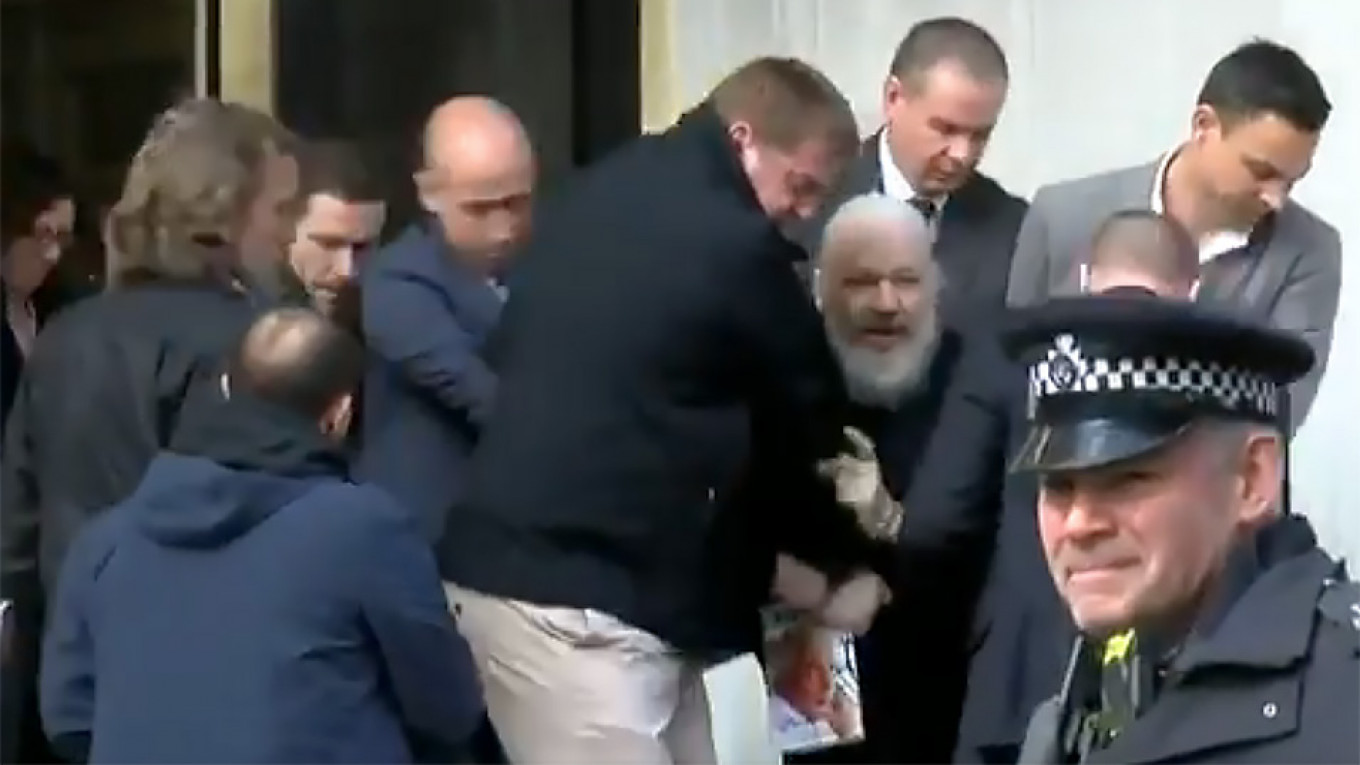 Russian officials have spoken out against Britain’s arrest of Wikileaks founder Julian Assange on Thursday, expressing hopes that the whistleblower’s rights will be respected.

Assange was arrested by London’s Metropolitan Police after Ecuador withdrew his asylum which had allowed him to take refuge in the country’s embassy in the United Kingdom since 2012. A video widely shared on social media showed Assange being dragged out of the embassy into a police van.

Assange has been accused of collaborating with the Russian government, most notably to release emails that Russian hackers stole during the 2016 U.S. presidential election via the Wikileaks whistleblowing platform.

“We certainly hope that all of his rights will be respected,” Kremlin spokesman Dmitry Peskov was quoted as saying by the state-run RIA Novosti news outlet.

“We need to use all international opportunities to protect the person who tried to expose the truth and bring information to the public that some entities carefully concealed,” RIA quoted Chepa as saying.

How Russia and WikiLeaks Became Allies Against the West

“All countries and political organizations that are interested in the development of democracy should take part in deciding this man’s fate,” he added.

Foreign Ministry spokeswoman Maria Zakharova condemned the arrest, writing “The hand of ‘democracy’ squeezes the throat of freedom” on her Facebook page.

Senator Konstantin Kosachev, chairman of the Federation Council’s Committee on Foreign Affairs, called Assange’s arrest “a long-awaited act of revenge” from those whose wrongdoings were exposed by Wikileaks’ “revelatory internet resource.”

“That’s what will happen to everyone who dares to tell the truth about the dark affairs of the United States,” he wrote on his Facebook page.

This story will be updated.