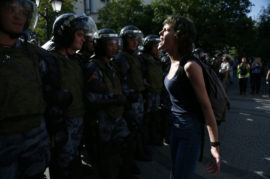 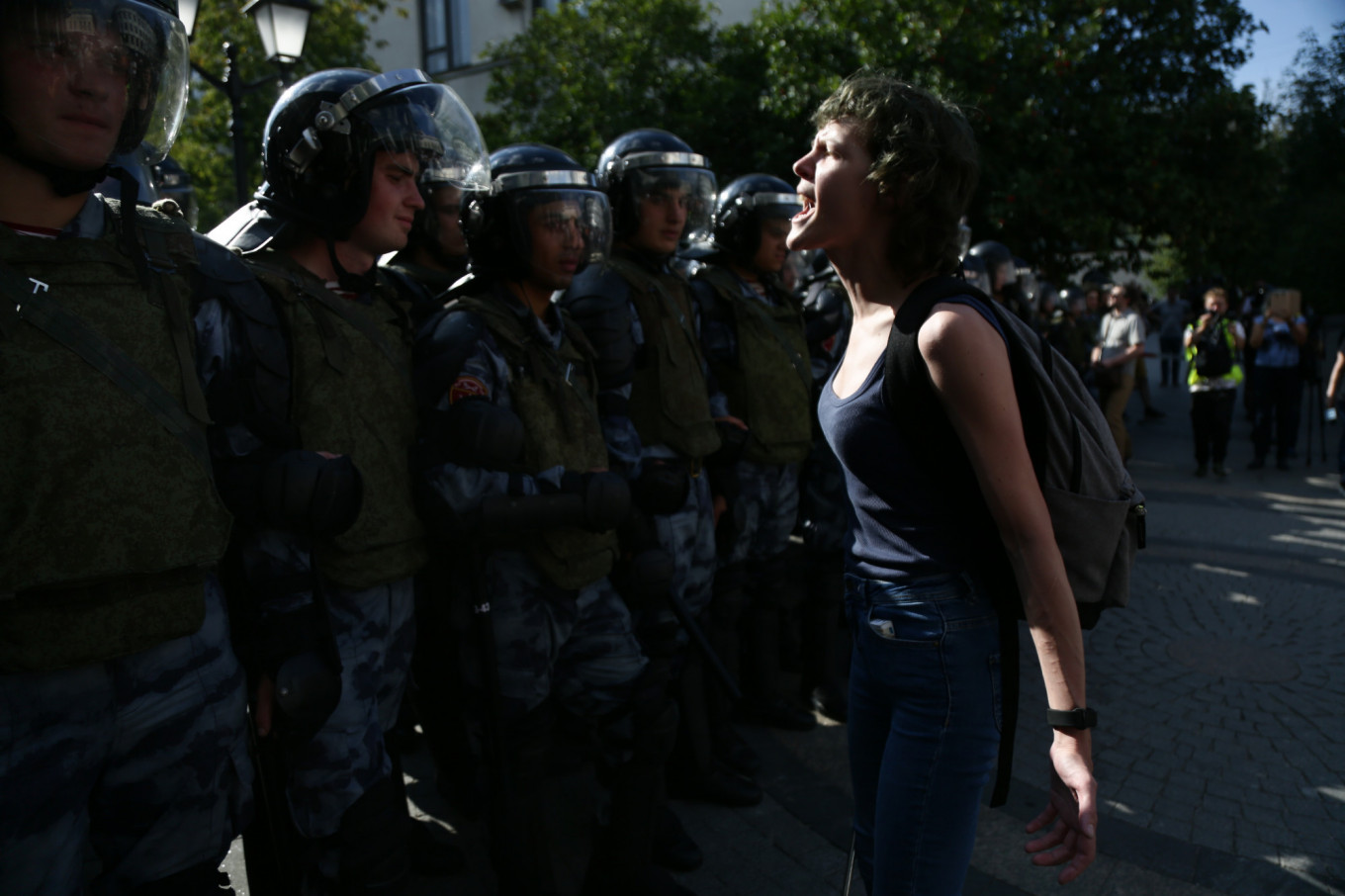 Russia‘s anti-Kremlin opposition said it was planning a nationwide protest next weekend despite police forcibly detaining over 1,000 people on Saturday for attending what they said was an illegal march in Moscow to demand free elections.

Saturday’s protest, conceived by opposition activists as a peaceful walk to protest against the exclusion of their candidates from a Moscow election next month, was systematically and sometimes violently dispersed by police.

OVD-Info, an independent monitoring group, said on Sunday that police had detained 1,001 people on Saturday, up from its earlier estimate of just over 800 people. Many but not all of those detained were later released by police, but OVD-Info said 19 were kept in custody overnight.

It said some of those detained had their phones confiscated and had been denied access to a lawyer. Russian investigators had initiated a criminal case against one man, accusing him of injuring a police officer, the state-run TASS news agency reported.

Faced with a wave of summer protests, authorities have opened criminal proceedings for what they term mass civil unrest, an offense punishable with up to 15 years in jail.

Although they have rejected protesters’ complaints, they have said they’ll allow protests in Moscow on Saturday and Sunday next weekend, albeit in a location away from the city center which the opposition has rejected in the past.

But Leonid Volkov, an ally of jailed anti-Kremlin opposition politician Alexei Navalny, said late on Saturday that Navalny’s political movement planned to organize another of its own protests on Aug. 10 which he said would be nationwide.

He said protesters would demand that jailed activists be released, that opposition candidates be allow to run in the Moscow election, and that the mayor of Moscow and other top officials resign.

“This is a matter of human dignity, about the right to choose and express your opinion,” Volkov wrote on Twitter.

“Muscovites have had their elections stolen, are being arrested by the thousand, hundreds are being beaten and dozens jailed. Therefore we’ll have to prove our existence on the streets of our cities.”

He said the opposition did not plan to ask Moscow officials for permission to protest but would do so in other cities.

Activists say the Russian constitution allows them to freely protest. But authorities say they need to agree the timing and location in advance, something that was not done ahead of Saturday’s protest.

The focus of protesters’ anger is a prohibition on a number of opposition-minded candidates, some of whom are allies of Navalny, from taking part in a September election for Moscow’s city legislature.

That vote, though local, is seen as a dry run for a national parliamentary election in 2021.

Authorities say opposition candidates failed to collect enough genuine signatures to register and say the election will be competitive. The excluded candidates say that is a lie and insist on taking part in a contest they believe they could win.

Navalny and at least seven of his allies are currently in jail for breaking protest laws. The ruling United Russia party dominates the national parliament and Navalny and his allies are starved of media air-time.

President Vladimir Putin and the Kremlin have not commented on the standoff with the opposition, but Moscow Mayor Sergei Sobyanin, a Putin ally, has condemned the protests as cynically orchestrated mass disorder.

At well over 60 percent, Putin’s approval rating is still high compared with many other world leaders, but is lower than it used to be due to discontent over years of falling incomes.