Russian Paratroopers Jump at 10K Meters Over Arctic Base 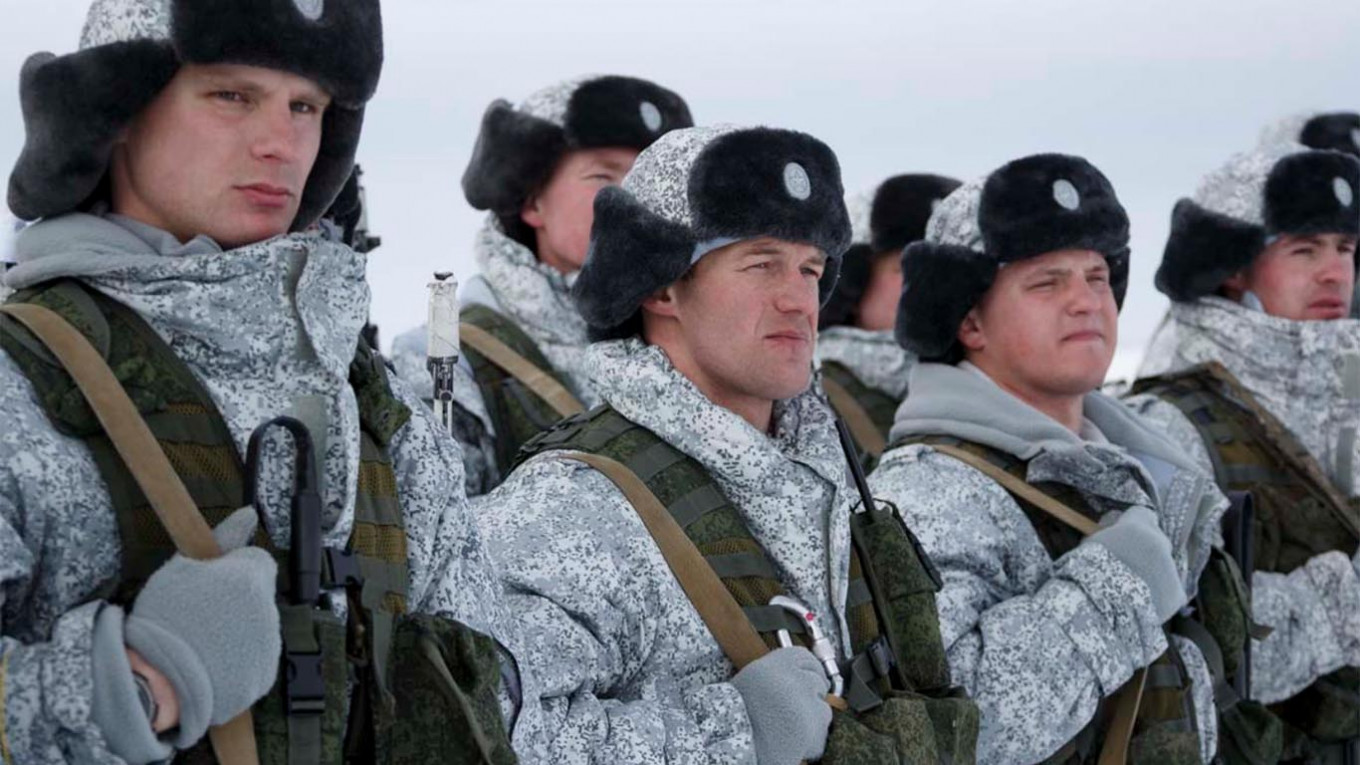 Russian paratroopers in the Arctic have carried out a test landing from an altitude of 10,000 meters in what officials say is a historic exercise.

The paratroopers, who jumped from an Il-76 aircraft over the remote archipelago of Franz Josef Land in the Russian Arctic, tested new equipment developed for extreme Arctic conditions like oxygen masks, navigation, parachute systems and white camouflage uniforms.

“Nobody has done such a thing before,” he added.

The soldiers’ gear was dropped with larger parachutes from the same aircraft.

The Nagurskoye base is equipped with the latest gear for Arctic warfare. That includes snowmobiles, military trucks, helicopters, radar systems and anti-aircraft missile systems, like the S-300, which are aimed at strengthening control over Arctic airspace.

As previously reported by the Barents Observer, Russia’s Chief of the General Staff of the Armed Forces, Valery Gerasimov, has confirmed that the new Kinzhal air-launched ballistic missile can be deployed to Arctic airports like the one at Alexandra Land.

With the new runway, bombers like the MiG-31K will be able to use the airport. So can large transport planes. The airport is built about 3 kilometers west of the runway Russia abandoned after the end of the Cold War.

A video released by the state-run RIA Novosti news agency shows the paratroopers as they jump out of the plane, land and conduct combat training on the ground.

After landing on the snow, the paratroopers began the main stage of the tactical and special exercise. Several dozen of them conducted search-and-reconaissance operations aimed at destroying the conditional enemy sabotage and reconnaissance group, a press release from the Defense Ministry said.

Searching for the enemy, the soldiers used a UAV.

The exercise continued for three days along the northern shores of Alexandra Land, around Cape Nimrod, close the eastern edge of the largest glacier on the island. In the end, the soldiers advanced to the collection point and returned to the Nagurskoye base.

“We will conduct similar exercise annually, in different regions of the Arctic, with different compositions of the participants involved and at different periods of training,” he said

Before being appointed Deputy Defense Minister last summer, Yevkurov was the head of the republic of Ingushetia for more than 10 years.

At Franz Josef Land, Yevkurov observed the exercise together with another Deputy Defense Minister, Colonel-General Andrei Serdyukov, commander of the Airborne Forces.