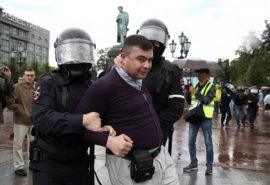 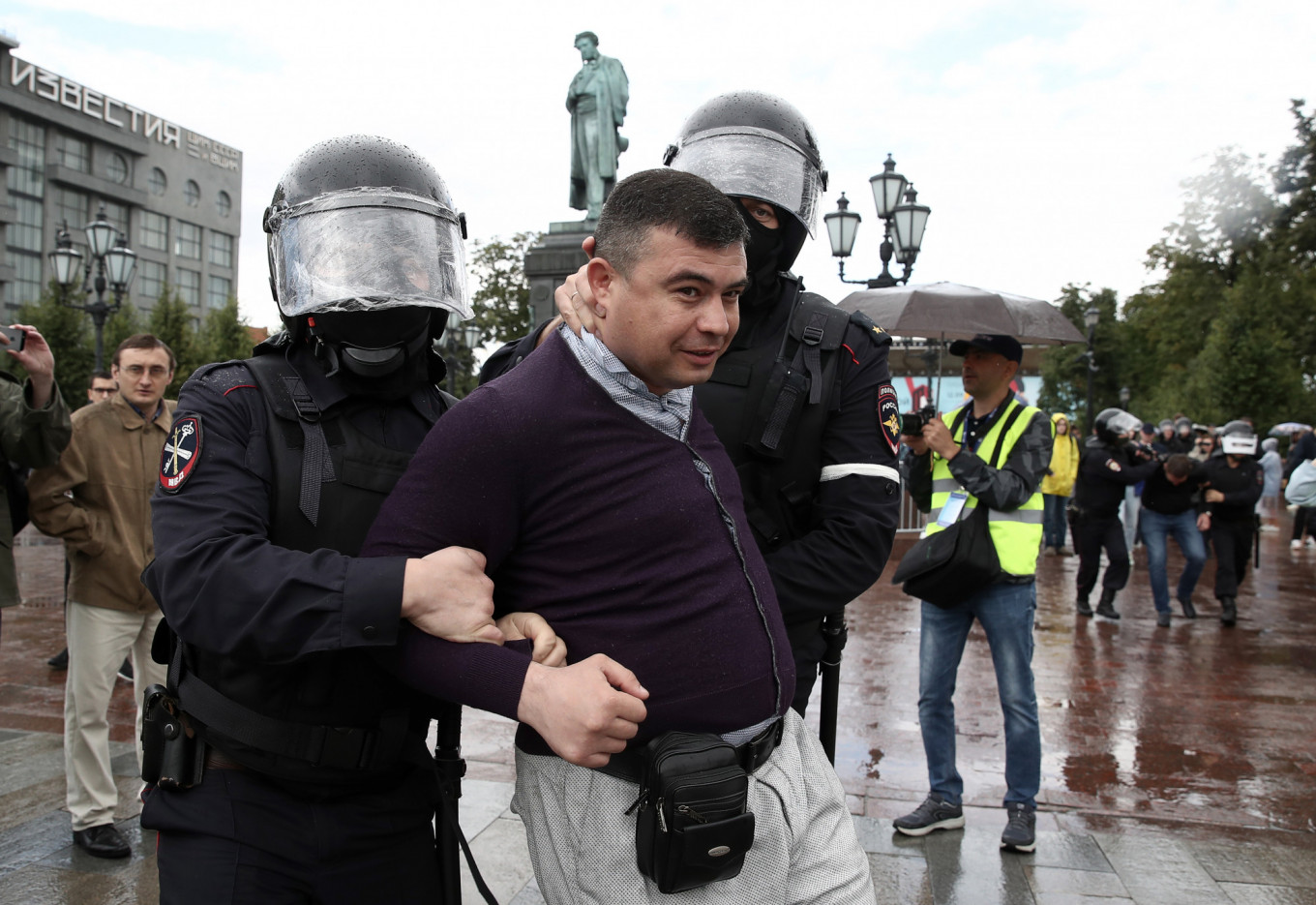 “They (the authorities) are wiping their feet on us,” said Elena, a student attending Saturday’s protest.

Another attendee, Yevgeny Snetkov, a 61-year-old engineer, described as brazen the way the authorities had prevented opposition candidates from running. “I had no option left but to protest,” he said.

Some protesters chanted “Putin is a thief” as they marched.

Observers said the police presence was one of the biggest at such a protest in nearly a decade. Mobile internet access was cut in some areas and police cordoned off swathes of central Moscow to stop people gathering.

At a similar protest a week earlier, police detained more than 1,300 in one of the biggest security operations of recent years that brought wide international condemnation.

Authorities carried out a new round of detentions and home searches before Saturday’s protest and opened criminal proceedings for what they term mass civil unrest, an offense which carries a penalty of up to 15 years in jail.

Activists say the Russian constitution allows them to freely protest. But authorities say they need to agree the timing and location of any demonstrations in advance, something that was not done ahead of Saturday’s protest.