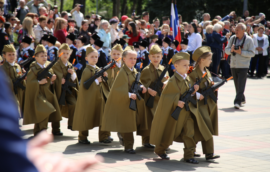 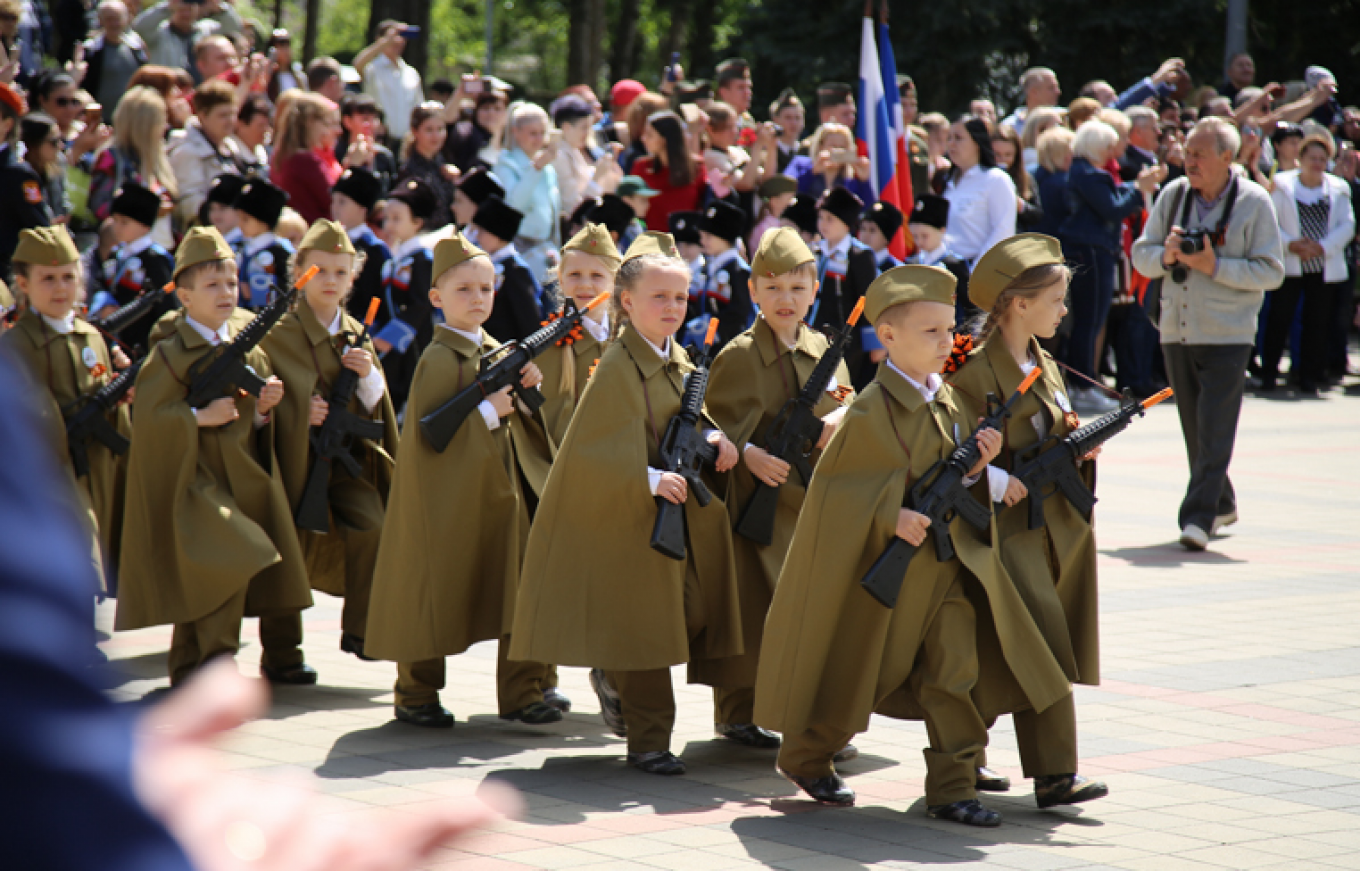 Children in southern Russia who donned military uniforms and paraded in front of their parents and officials ahead of Victory Day have generated pride among local authorities and caused outrage elsewhere in Russia.

The Pyatigorsk city administration boasted that around 500 preschoolers dressed as airborne troops, sailors and Soviet soldiers took part in the parade on Monday. Since-deleted footage showed some children as young as 6 armed with mockups of U.S.-made M16 rifles that the Soviet army had never used.

While officials who oversaw the parade said instilling “patriotic education” at a young age contributes to a “healthier society,” others were outraged by the display, saying that children shouldn’t be taught to glorify war.

Tamara Pletneva, the head of the State Duma’s Committee on Family, Women and Children, stressed that kids should not be armed with weapons.

“As for going out with flowers, that’s very good,” she was quoted by the Govorit Moskva radio station as saying.

“I’m terribly saddened that May 9 turned into a kind of carnival in Russia,” Ksenia Chudinova, editor-in-chief of the Snob.ru magazine, said. “But what can you do? Russia has no other fun holidays.”

“Children can begin to identify themselves with warriors, something they’re not due to their natural individuality. Society dictates who they should be,” she told Snob.ru.

A BBC Russia compilation of Victory Day commemorations ahead of May 9 shows that the practice of dressing children in military uniforms stretches from Moscow to Siberia.

The militarization of young Russians comes almost four years after President Vladimir Putin ordered the establishment of Yunarmia — or Youth Army, which has drawn comparisons to the Hitler Youth. As its numbers swelled to half a million by Victory Day, the Youth Army hopes to reach 1 million members between the ages of 8 and 18 by 2020.

Was the Mayor of Latvia’s Capital Ousted Because He Was Corrupt, or Russian?Russia’s Lavrov Says ‘Extremely Significant’ Differences With Japan on Peace Deal – Reports