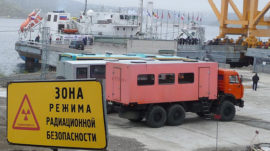 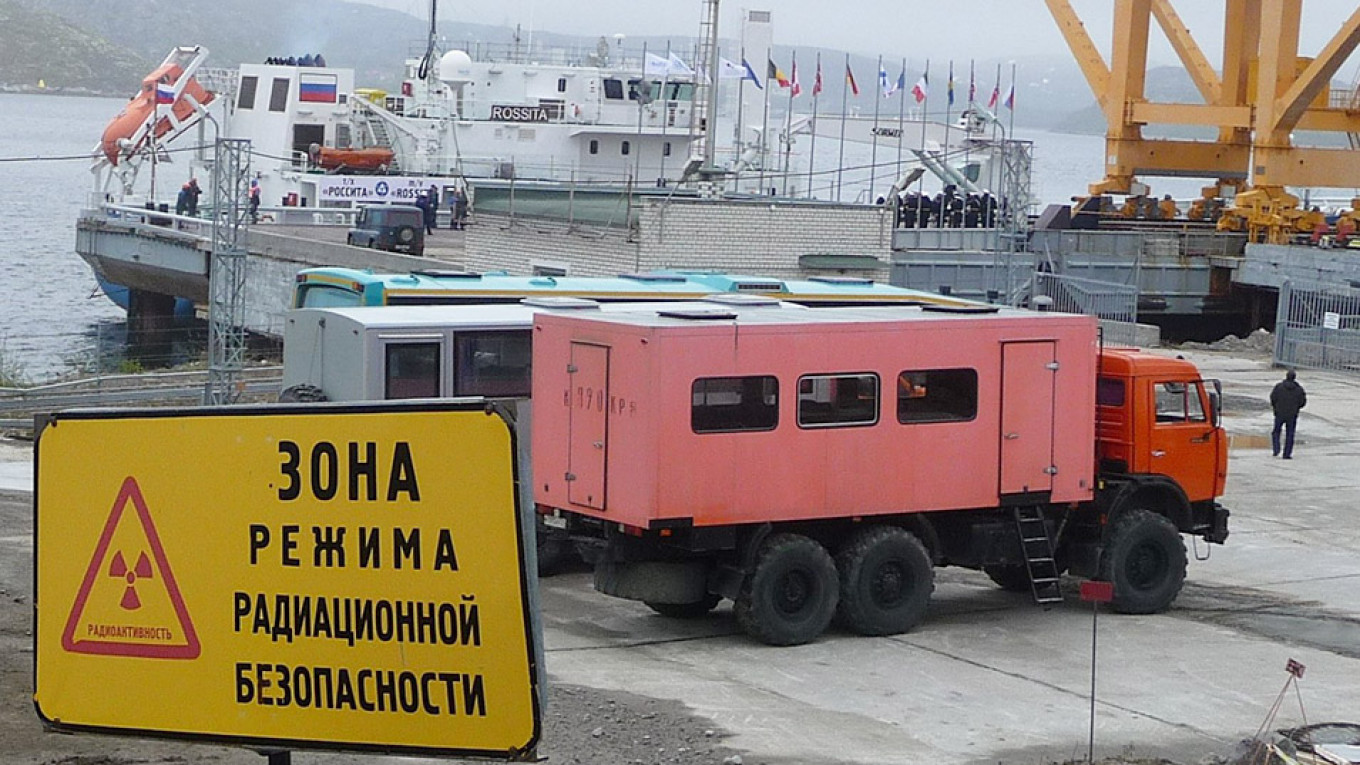 An inspection made by the Murmansk prosecutor’s office revealed poor anti-terrorist measures at Saida, Andreeva and Gremikha bays, the Kommersant business daily has reported.

The law enforcement officials brought the violations to court, asking to oblige the defendant to install extra physical barriers of protection and other means to enhance security.

All three sites are operated by SevRAO, the Murmansk branch of Russia’s state enterprise RosRAO which is responsible for handling and storing radioactive waste.

According to the law, all sites storing materials that could harm human health and environment or be vulnerable to theft of radioactive materials should have systems to promptly detect and prevent unauthorized actions while neutralizing the violators.

RosRAO admitted the violations identified by the prosecutor’s office, but asked to prolong a time period to implement the required measures with improved protection. The entity also said that some of the violations were already implemented; like a diesel generator as back-up for electricity to the alarm and sensor systems at Gremikha.

The Leninsky district court in Murmansk, however, did not give SevRAO the requested period until December 2024 to improve physical protection and ruled that all new barriers should be in place by December 2022.

“Security at nuclear facilities represents our top strategic priority. It is viewed as a prerequisite for successful performance in the nuclear industry,” Rosatom, Russia’s state nuclear corporation, said.

Andreeva Bay is the main storage site for spent nuclear fuel and solid radioactive waste from the Navy’s submarine operations during the Cold War. Work is already underway to ship out casks with the uranium fuel — first with a ship to Murmansk, then with a train to Mayak, Russia’s reprocessing plant in the southern Urals.

Both Norway and Britain have contributed to new infrastructure, including buildings, electricity, roads and fences in Andreeva Bay. In Saida Bay, Germany and Italy have paid hundreds of millions of euros for the construction of the huge onshore storage pad and handling facility for reactor compartments and solid radioactive waste.

According to the claims by the prosecutor’s office, the single concrete fence topped with barbed wire isn’t sufficient enough to stop terrorists. The facility should be equipped with a physical barrier around the entire boundary.

Anti-terrorist measures and protection of nuclear objects are a priority for Russia. In April last year, Chechen special forces, the so-called “Flying Squad” and “Terek” groups, held a joint exercise with regional security forces at Atomflot, the base for nuclear-powered icebreakers in Murmansk.

The drill involved “a group of terrorists” taking over one of the nuclear icebreakers, before being defeated by the special anti-terrorist rapid response teams. Both the Chechen “Flying Squad” and “Terek” are part of Rosgvardia, Russia’s National Guard.

In 2010, world leaders, including Russia’s then-President Dmitry Medvedev, met at the Nuclear Security Summit and agreed that “nuclear terrorism is one of the most challenging threats to international security, and strong nuclear security measures are the most effective means to prevent it.”

The U.S. and Russia suspended their nuclear security cooperation in 2014 following the annexation of Crimea. Norway and several other European countries have maintained cooperation with Russia on nuclear safety, including projects for physical protection.