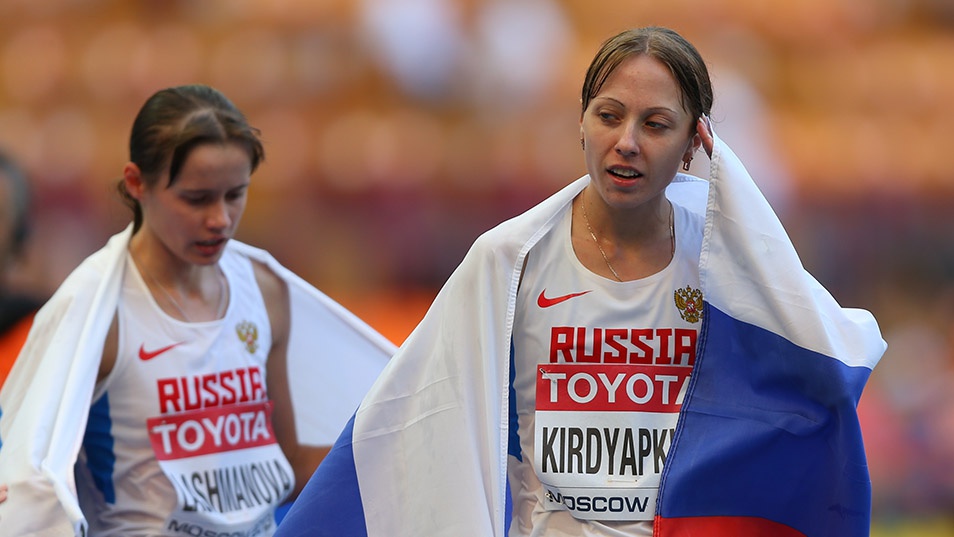 Russian race walker Anisya Kirdyapkina has been suspended for doping and is set to be stripped of two World Championship medals, the Court of Arbitration for Sport (CAS) said on Thursday.

“All results of Ms Kirdyapkina since 25 February 2011 were disqualified through to 11 October 2013, including forfeiture of any titles, awards, medals, points and prize and appearance money obtained during this period,” CAS said in a statement.

Kirdyapkina, who retired from competition in 2015, loses her second-place finishes at the 2013 and 2011 World Championships. The decision also brought her a three-year suspension which expires in 2020.

Kirdyapkina originally won bronze in 2011 but was raised to second place when fellow Russian Olga Kaniskina, who had taken gold, was suspended for doping.

Kirdyapkina’s husband, race walker Sergey Kirdyapkin, won gold in the 50 kilometers at the 2012 Olympics in London but was later stripped of his medal for doping.

The IAAF global athletics ruling body has still authorized some Russians, including 2015 World Champion hurdler Sergey Shubenkov, to compete as neutrals after having demonstrated they are competing in a doping-free environment.