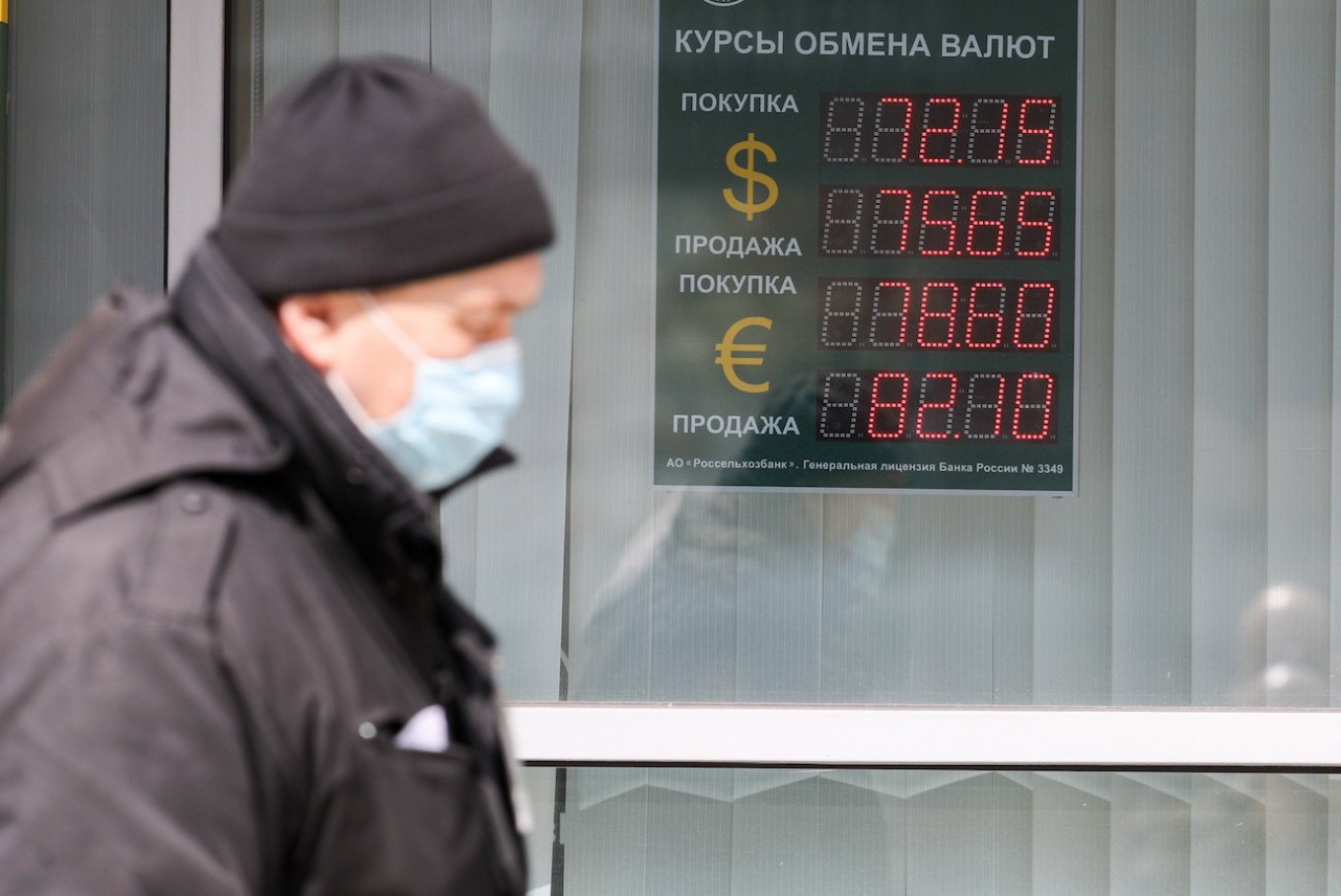 The Russian ruble has hit an almost five-year low against the euro Tuesday as coronavirus cases surged and geopolitical risks weighed down on Russian assets.

The ruble also fell by 1% to 79.8 against the U.S. dollar, its weakest since March 2020, when oil prices crashed on weak demand.

The Russian currency’s poor performance continues from last week, when markets were on edge over a surge in coronavirus cases across Europe.

Appetite for the ruble previously plunged following anti-government protests in neighboring Belarus and the poisoning of Russian opposition leader Alexei Navalny. Both events raise the prospects of new sanctions against Russia.

Analysts also say that investors are being kept at bay by the prospect of sanctions over the upcoming U.S. presidential elections.

The Kremlin on Monday attributed the ruble’s drop to market volatility and expressed confidence in its recovery.