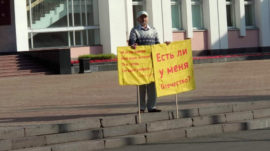 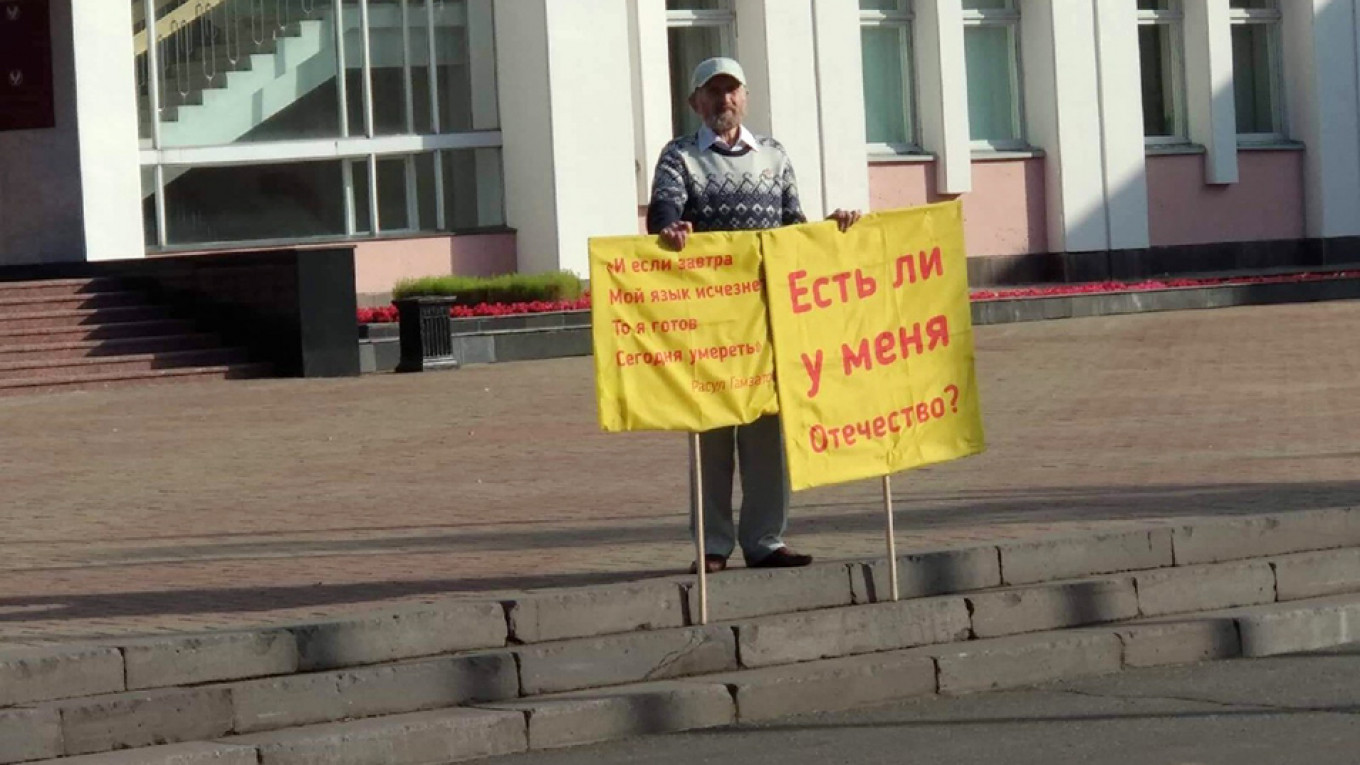 An academic in central Russia died Tuesday after setting himself on fire over what has been reported as an act of protest over perceived government policy against his native language.

Albert Razin, 79, was hospitalized in critical condition in the republic of Udmurtia after committing an act of self-immolation outside an administrative building in the city of Izhevsk.

“If my language dies tomorrow then I’m ready to die today,” read one of two signs Razin was wearing, according to the U.S.-funded Radio Free Europe/Radio Liberty news outlet’s regional affiliate. The text appeared to borrow a line from Dagestani poet Rasul Gamzatov’s poem “Native Language.”

Almost 100% of Razin’s body surface had received burns, the Kommersant business daily cited doctors as saying. Investigators have launched an inspection into the incident and officials at the building where the self-immolation occurred have postponed their administrative session by two weeks.

Razin was identified as a veteran scholar who committed the act to protest a law that restricts the teaching of regional languages in schools. The law, signed by President Vladimir Putin last year, had sparked concerns in Russia’s republics that the country’s native languages were under threat.

The Udmurt language is one of 131 languages in Russia that are considered endangered by UNESCO, with 30% fewer speakers reported in 2010 than in 2002. Regional officials have denied that a language crisis was brewing in Udmurtia.

Razin is survived by a wife and 18-year-old daughter.