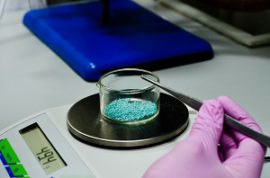 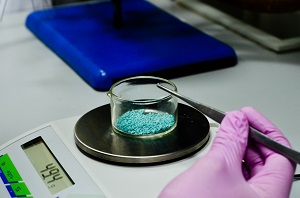 Russian scientists have created an industrial prototype of a unique biological preparation designed to clean the coast line and waters of the North seas from oil and oil products spills. The discovery is part of a project being implemented by the Arctic Research and Design Centre (subsidiary of Rosneft corporate Research and Development complex) and Innopraktika, the non-governmental development institution based on the Faculty of Biology of the Lomonosov Moscow State University. The preparation has already showed success in lab trials. The technology is based upon application of natural psychrophiles (low-temperature bacteria) that use hydrocarbons as their feed source.

High standards of environmental safety are one of the cornerstones of “Rosneft-2022” Strategy. Environment protection is an integral part of the Company’s corporate culture and social responsibility. At every of its business, Rosneft pays special attention to securing of the environment, protecting and restoring of natural resources. 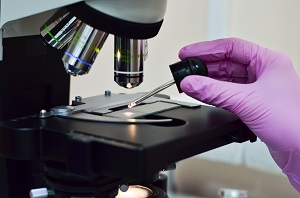 The creation of the industrial prototype of the innovative bacterial preparation will provide for an efficient response to oil contaminations of various types. An important and promising feature of the technology is an opportunity to create customised versions of the preparation differing in bacterial structure. Due to their distinctive features, psychrophilic kinds of the bacteria in each preparation type will ensure the most complex and efficient elimination of hydrocarbons in the vast of oil and gas producing and transporting regions.

The innovative biological preparation was being developed in stages. At first, scientists established around 100 bacteria capable of decomposing oil and oil products at low temperatures (including below zero). Over 250 samples of water from major Northern ports and on the coast line of Northern cities, such as Murmansk, Vladivostok, Petropavlovsk-Kamchatsky, etc., were taken. The research applied those bacteria alone that adapted to oil contaminations naturally, which made them completely safe.

At stage two, biologists launched development of a hydrophobic shell that would accommodate the bacteria-based preparation. The hydrophobic shell dissolves at contact with hydrocarbon fraction alone, thus securing the target delivery of the preparation to the contaminated area and increasing its efficiency.

During the project, the scientists performed an integrated trial of the selected bacteria not only in the lab, but also in marine flow-through aquarium of the Belomorskaya Biological Station of the Moscow State University.

Modern methods of cleaning water ecosystems from oil contamination are divided into mechanical (collection and limitation of further spreading); chemical (use of dispersants and coagulants); physical and chemical (burning); and biotechnological. Most of the known biotechnological clean-up methods are based on the use of preparations containing certain types of microorganisms in combination with various substances or methods that stimulate their activity. These have proven to be the most efficient and most natural means of utilizing hydrocarbon contaminations. Microbial-based clean-up technologies complement traditional approaches, providing much more complete utilization of petroleum products.

The Arctic Research and Design Centre was established in 2011 in order to become a research base for Rosneft offshore projects. The tasks of the Centre include the study of weather and ice conditions and creation of a database of accumulated data; the development of criteria for designing marine structures; as well as the creation of technologies for studying environmental parameters, ice, and iceberg drift monitoring. The Centre puts special emphasis on environmental research; research and development of technologies for safe production of hydrocarbons; as well as modelling and monitoring of the ecosystems of the Arctic seas.

Innopraktika is a non-governmental development institute implementing projects aimed at increasing national human capital through development of structures and methods of innovative economy. The enterprise has been operating since 2012, and includes the National Intellectual Reserve Centre of the Moscow State University and Research and Design Foundation for Students, Fellows and Young Scientists “National Intellectual Development”. The founder of the Foundation is the Lomonosov Moscow State University.