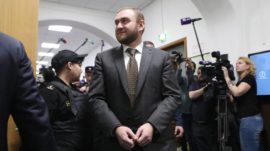 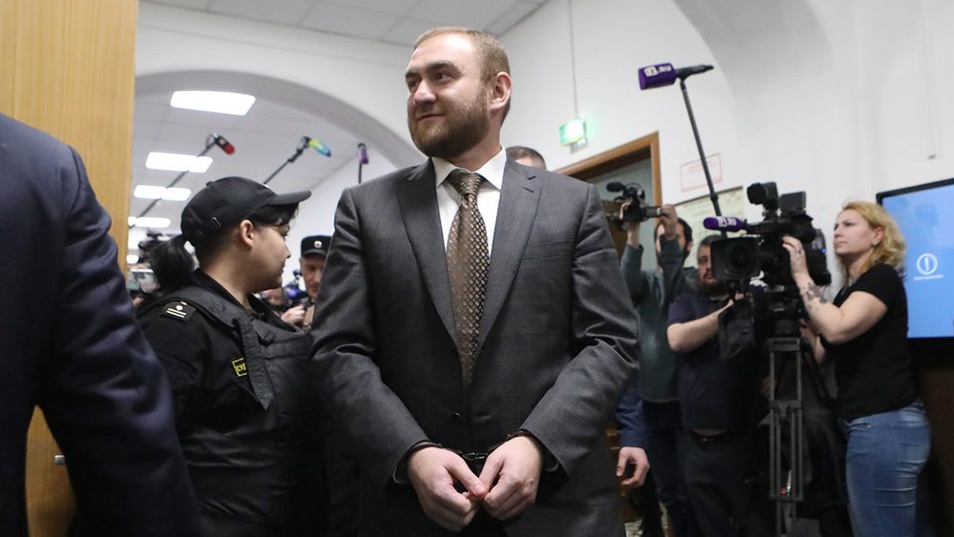 The dramatic detention of Russian senator Rauf Arashukov, 32, on murder charges Wednesday has sent shockwaves throughout the country.

The senator, who is the son of a high-ranking gas official, was detained by security forces during a live parliamentary session and has been charged with several crimes, including two murders.

Here is a summary of what happened:

– Rauf Arashukov was detained by investigators and members of the FSB’s Economic Security Service at the upper house Federation Council’s weekly session on Wednesday and taken away by van.

– Before the detention, Federation Council chairwoman Valentina Matvienko had closed the morning session to the public and a group of federal guards had sealed all entrances to the building. Arashukov had reportedly tried to leave the assembly hall before Matvienko ordered him to “sit back down.”

– His father, Raul Arashukov, was detained later on Wednesday on suspicion of embezzling more than 30 billion rubles ($455 million) worth of natural gas from Russia’s Gazprom gas giant.

– Four other Gazprom executives in the North Caucasus, including Arashukov’s relative Ruslan Arashukov, were later named in the embezzlement scheme.

– Rauf Arashukov is said to have become the youngest senator in Russia when he was appointed to the Federation Council in 2016 as a representative from his native Karachay-Cherkessia, a republic in the North Caucasus region, more than 1,500 kilometers south of Moscow.

– At the age of 18, Arashukov became the youngest local council deputy in the southern city of Stavropol. He became a regional cabinet member at the age of 21. 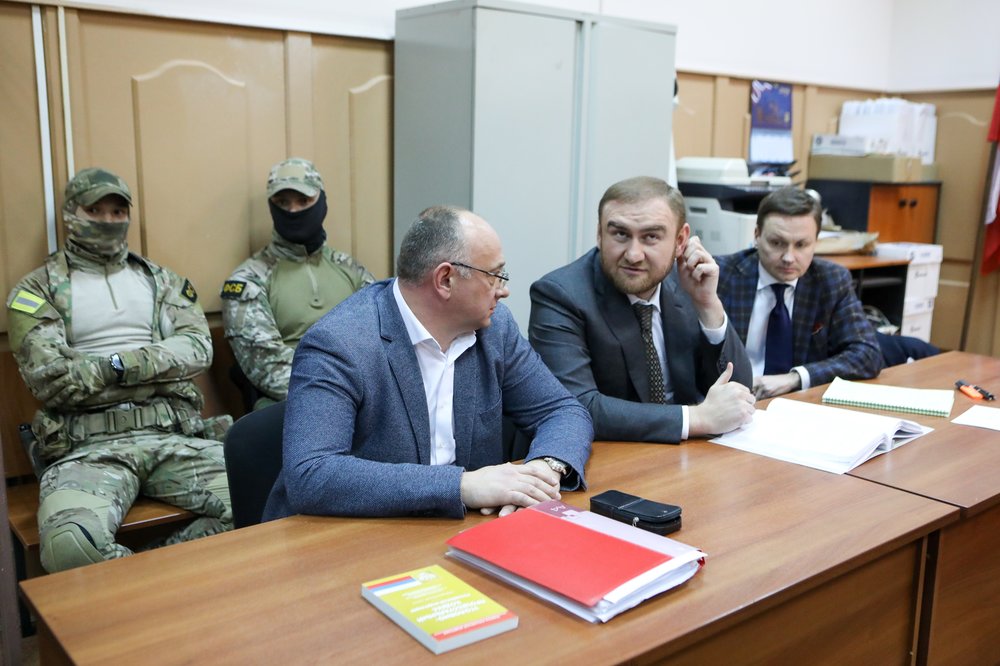 – Arashukov was said to be a close friend of Chechen leader Ramzan Kadyrov, the Kommersant business daily reported in 2016. However, anonymously sourced reports in the wake of his arrest claimed that the two officials’ families had an alleged fallout.

What are the charges?

– Investigators charged Arashukov with two counts of murder, one count of organized crime and one count of witness tampering.

– The RBC news website reported last September that a suspect in the Zhukov case had named Arashukov as having contracted the killing.

Why is it important?

– Arashukov’s detention is said to have been sanctioned by Prosecutor General Yury Chaika, the head of the Investigative Committee Alexander Bastrykin and the Federal Security Service (FSB), indicating coordination between the security agencies.

– The RTVi online news outlet cited an unnamed source close to the investigation as saying that Bastrykin had been a family friend of the Arashukovs.

– Arashukov’s colleagues voted to strip him of parliamentary immunity at the opening of the session on the recommendation of the Prosecutor General.

– Although Arashukov’s dramatic capture within the walls of the Federation Council was unprecedented, he is far from the first senator to face criminal charges.

– According to the head of the Agora human rights group Pavel Chikov, at least 12 senators have been convicted for crimes including rape and murder in the past decade. International arrest warrants have been issued for three former senators, while a fourth ex-senator faces fraud charges.

How did he respond?

–  Arashukov denies the accusations, according to his lawyer, who said that the senator believes his detention is “politically motivated.”

– Investigators said Arashukov had claimed to be “insufficiently proficient in Russian” and had asked for an interpreter.

– The Investigative Committee’s video showed Arashukov smiling during talks with his attorney. Photographs and online coverage also showed him smiling during the court hearing.

– Arashukov will keep his mandate until he is either formally convicted or submits his resignation in writing, chairwoman Matvienko said.

– However, the ruling United Russia party has suspended both Arashukov junior and Arashukov senior’s membership.

– The next trial date has not yet been set.

Rosatomflot’s icebreakers steered 331 ships of 12.7 mln ton total capacity in 2018End of concrete works for the Unit No. 1 turbine hall foundation slab and of soil stabilization works at the Rooppur NPP site (Bangladesh)